American photographer Brett Weston started snapping photos as a teenager in 1925, excelling quickly and grabbing international acclaim by his early 20's, being featured in solo galleries in Paris, Germany and San Francisco.

This photograph, snapped in 1946, is one of his more famous captures and is simply titled Brooklyn Bridge.

For reference, here is a Google Street View showing how the same angle looks today.

Unfortunately, the Franklin Bar & Grill on the corner is now a Shake Shack, and those incredible classic cars got replaced by a Toyota with a donut. 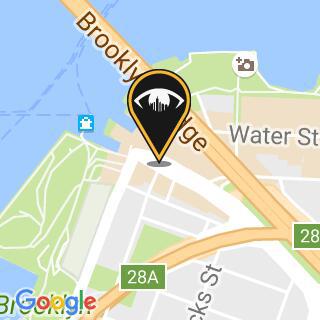