The Lively Morgue is a photo blog from the New York Times in which an original photo from the newspaper's archives is reposted along with tidbits of information gleaned from the historical article it accompanied. Along with a rescan of the original photograph, the backs of each photo are also scanned, giving a behind-the-scenes look at the editorial process of one of the world's best newspapers.

Today's posting features a shot from January 4th, 1962 showing New Yorkers and Tourists skating on Central Park's Wollman Rink. If you overlook the changing skyline along Central Park South, this photo could have been taken in modern times.

Jan. 4, 1962: Throngs of skaters took to the Wollman Memorial Rink in Central Park, and those who braved the crowds that day might have been satisfied to see their picture above an article citing a report that estimated that 77 billion persons had walked the earth since the beginning of humankind. “World population is gaining now at the rate of 50,000,000 a year,” reported The Times, which noted that the report’s authors called the growth “enormous” and “phenomenal.”

The original article from 1962 has more. 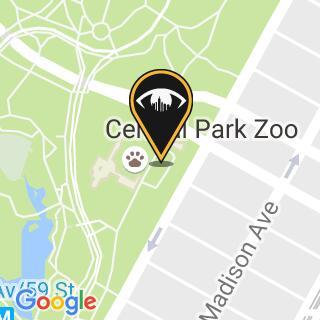 Vintage Photograph of the Presidential Helicopter in Central Park on April 4th, 1968