Our friends as Stuff Nobody Cares About recently dug up this great old aerial photograph showing two Staten Island Ferry boats and Whitehall Terminal from above in about 1956.

This aerial photograph […] shows one of the boats of the Staten Island Ferry in motion while the other ferry boat is idle. The Whitehall or South Ferry terminal (originally named the Municipal Ferry Terminal) was built between 1908-1909 by architects Richard A. Walker and Charles Morris. The terminal was stripped to its steel skeleton and reconstructed in 1957.

Check out the accompanying article for a bit more on the photo and history of the Staten Island Ferry. 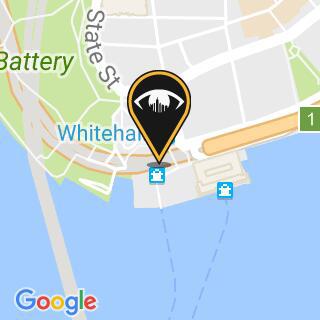 This Vintage Aerial Photograph Shows Lower Manhattan From Above in 1906

This Vintage Aerial Photograph Shows Rockefeller Center Under Construction in 1932