"The Commuter's Lament" is a poem from late poet Norman B. Colp that is written on the ceiling beams of the connection tunnel between the Port Authority and Times Square subway stations. In this short video from our friends at The Gothamist, listen to the New York City subway's most-depressing piece of art read aloud by actor Justin Kirk.

In 1991, a poem commissioned by the Arts for Transit program was installed in a corridor connecting Port Authority and the IND 8th Ave line to the rest of the Times Square subway station. It is depressing as hell, but also kind of perfect. Maybe you never noticed it because you were too engulfed in your own sweaty rage as the seemingly endless urine-scented tunnel stretched out before you? Next time, look up, and enjoy Norman B. Colp's "A Commuter's Lament, or A Close Shave," which at the very least will make you feel seen. 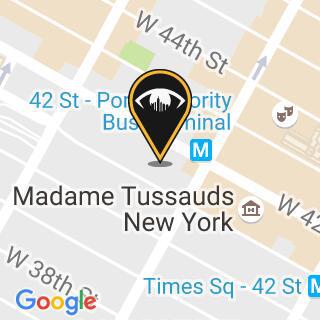 Watch the Misery of a Classic New York City Struggle: Missing Your Train