As reported earlier last year, the New York City subway is experimenting with a new subway car design that will increase maximum train capacity by up to 25% through an "open-gangway" style design. Now, one of these prototype subway cars is tucked away at the Hudson Yards station in Manhattan. Take a peek in this short video from NY1.

A model of the new R-2-11 train is stashed behind a construction wall in the number 7 line’s West 34th Street-Hudson Yards station. The new trains feature the state seal, and blue and yellow stripes similar to the new line of WiFi enabled busses. The MTA says the prototype features digital screens that tell riders when they will arrive at the next stop and show the station's layout. The new models will also feature an open-gangway between cars with corrugated rubber connectors instead of doors, similar to "articulated" busses. 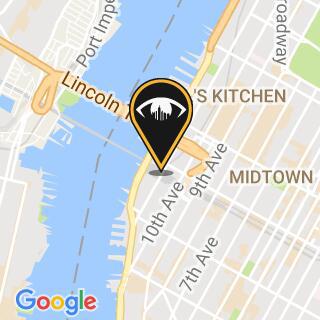