One of the most high-profile threats of recent years was the 2014 outbreak of the virulent Ebola virus in West Africa. The only New York case was that of Dr. Craig Spencer, who had recently returned from volunteering with Ebola patients in Guinea. He was brought to Bellevue Hospital in Manhattan, which has played a longtime leadership role in the city’s response to infectious disease, from the yellow fever epidemics in the 1790s, to cholera in the 1830s, tuberculosis at the turn of the 20th century, the flu pandemic of 1918–19, and the HIV/AIDS crisis of recent times. Dr. Spencer recovered fully after his time at Bellevue.

Learn all about Ebola in Manhattan, and other diseases which have affected New York City over the centuries, at the Germ City: Microbes and the Metropolis exhibit at the Museum of the City of New York, open until April 28th, 2019.

via Museum of the City of New York 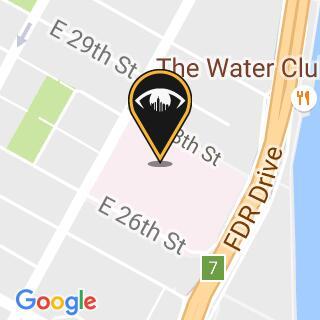