Opry City Stage is a massive two-story restaurant and entertainment hall in Midtown Manhattan that brings a bit of Nashville country food into the heart of New York City. In this video from our friends at Time Out, catch a glimpse at what you can expect inside.

Entrees include burnt ends with grits, Nashville hot chicken and waffles and cornmeal-crusted catfish. Of course, it wouldn’t be a country party without some drinks: Opry City Stage pours beers on tap and wines by the glass, in addition to beer and shot pairings like Jack Daniels Honey and Shiner Bock. Cocktails include the Broadway to Broadway with Deep Eddy sweet tea vodka, Deep Eddy lemon vodka, tea and lemon and the Bluegrass Breakdown with cucumber-infused Corsair American gin, St. Germain, lime and mint. Finish the meal with banana pudding or sweet potato pie for some down-home goodness. 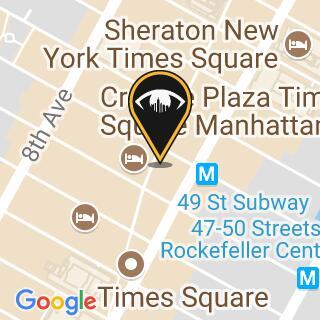