The Dig is an interesting series from local station CBS New York in which host Elle McLogan explores unique shops, restaurants, cafés, and more all around New York City, sharing what she finds with the viewer. In this recent video from the series, watch as she explores South Village's Thompson Chemists a unique mom-and-pop pharmacy which also prescribes music, magic, and community.

At Thompson Chemists in SoHo, you can listen to bluegrass from Sheriff and the Deputy every other Tuesday night. The band plays among rows of ointments and face creams, a performance known as the Thompson Street Medicine Show. It draws a local crowd. The show is just one of the unusual offerings at the shop, opened in 1994 by pharmacist Gary Alony. He and his wife Jolie have built their health store into a neighborhood hangout, where visitors greet them by name—Gary is called the “Medicine Man,” and Jolie is “Mama J.”

Check out the accompanying article for more on Thompson Chemists. 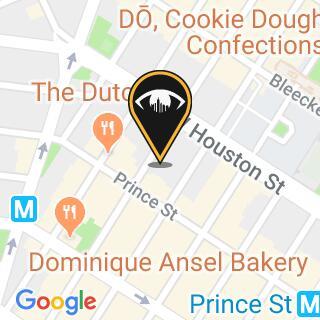 [VIDEO] Temptation Is 'Torture' At Red Gate Bakery in the Bowery