The New York Landmarks Conservancy's Tourist in Your Own Town series explores some of New York City’s best hidden gems as well as some of the classic iconic landmarks. In this video from the series, we take a look at the Van Cortlandt House Museum, one of the oldest houses in New York City, and the oldest in The Bronx.

The Van Cortlandt House Museum is located inside Van Cortlandt Park at Broadway and West 246th Street in the Bronx. […] The large Georgian manor dates from 1748 and is the oldest house in the Bronx. It is built from local fieldstone with contrasting brick trim and was designated a City Landmark in 1966, with interiors added in 1975. It's also a National Historic Landmark.

The building became the City's first house museum in 1897 and it still continues today, under the auspices of the National Colonial Dames of New York State. Educational programs are offered with over 250 school groups visiting each year, and a summer camp program is offered in August.

See the place where George Washington, John Adams, Count Rochambeau of France, and King William IV of the U.K. visited. 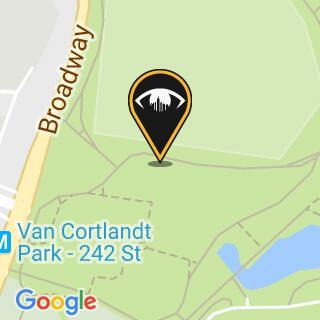