The New York Landmarks Conservancy's Tourist in Your Own Town series explores some of New York’s best hidden gems as well as some of the classic iconic landmarks. In this video from the series, watch as host Peg Breen takes us on a tour of the Prison Ship Martyrs' Monument in historic Fort Greene Park, remembering thousands of American prisoners who dies in the Revolutionary War.

In the center of Fort Greene Park in Brooklyn is the Stanford White designed monument to the Prison Ship Martyrs of the American Revolution. Dedicated in 1908, this soaring Doric column honors the 11,500 patriots who died on British prison ships in nearby Wallabout Bay during America's fight for independence. The monument stands as a vivid reminder of their sacrifice. 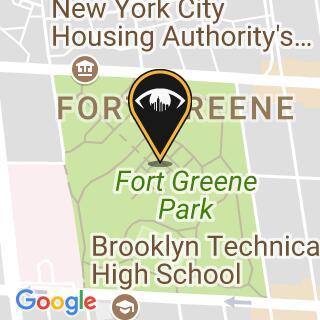