The New York Landmarks Conservancy's Tourist in Your Own Town series explores some of New York City’s best hidden gems as well as some of the classic iconic landmarks. In this video from the series, explore the Park Avenue Armory, a historic block-wide building on the Upper East Side of Manhattan.

The prominent landmark was built from 1877 to 1881 for the Seventh National Guard Regiment. The medieval-inspired building became a prototype for later armories in New York and throughout the country. The design came from Charles W. Clinton, a Seventh Regiment veteran. He included a large drill shed measuring 200 by 300 feet and 80 feet high. It is one of the largest unobstructed spaces in New York and the oldest balloon shed in the United States.

The Armory is now a center for cultural events and education run by the Thompson Arts Center who offer regular public tours of the building. Designated a City Landmark in 1967 with interior spaces added in 1994, the Park Avenue Armory has been hailed as containing the single most important collection of 19th-century interiors to survive intact in one building. See the magnificent rooms designed by leaders of the Aesthetic Movement, among them Louis Comfort Tiffany, Stanford White, Candace Wheeler, and the Herter Brothers. 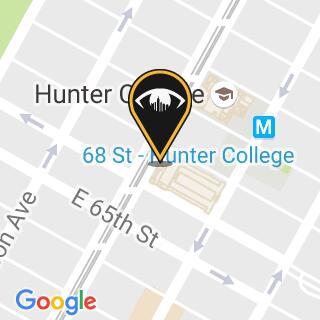