The New York Landmarks Conservancy's Tourist in Your Own Town series explores some of New York City’s best hidden gems as well as some of the classic iconic landmarks. In this video from the series, explore the Theodore Roosevelt Birthplace National Historic Site in the Flatiron District on E 20th Street, where the President lived until he was 15 years old.

The original house was demolished in 1916, but was rebuilt in 1923 by the Woman's Roosevelt Memorial Association. The new house museum was designed by Theodate Pope Riddle, one of America's earliest female architects. Rooms have been restored to reflect their appearance between 1865 and 1872 and most of the furnishings are from the original house or were provided by Roosevelt family members. 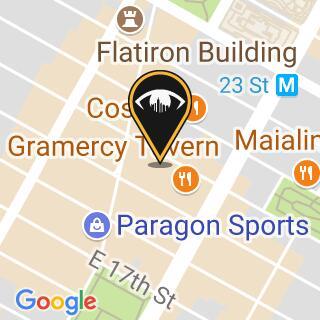