The New York Landmarks Conservancy's Tourist in Your Own Town series explores some of New York City’s best hidden gems as well as some of the classic iconic landmarks. In this video from the series, we take a look at St. Patrick’s Old Cathedral, a large church (though smaller than St. Patrick's New Cathedral!) at the corner of Mott and Prince Streets in Little Italy/Nolita.

The Cathedral broke ground in 1809 and was designed by Joseph-François Mangin, who also designed City Hall. It was the seat of the Roman Catholic Archdiocese of New York until the new Saint Patrick’s Cathedral on Fifth Avenue opened in 1879. Old St. Patrick’s was demoted to a parish church, but it made a grand comeback as it was declared a basilica by Pope Benedict XVI on March 17, 2010. 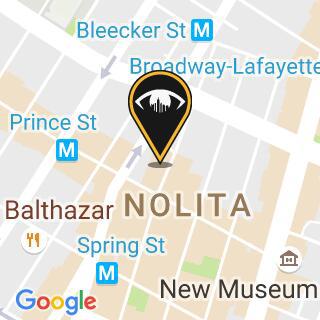