In this video from the series, we take a look at Brooklyn Heights' Our Lady of Lebanon, a landmarked cathedral built in 1844 that has had significant historical impact throughout Brooklyn and New York City over the past century and a half.

Our Lady of Lebanon Cathedral, located within the Brooklyn Heights Historic District, was designed by Richard Upjohn in a Romanesque Revival style in 1844. The building originally housed the Church of the Pilgrims congregation, until that group merged with the nearby Plymouth Church in 1934. The building was sold in 1944 to the Lebanese Roman Catholic congregation known as Maronites, who had a growing community in Brooklyn.

As part of the early work to renovate the site, new exterior doors were added from the French luxury liner, the SS Normandie. Other components were also brought in from the 1948 demolition of the Charles Schwab mansion on the Upper West Side and marble flooring from the French and Lebanese pavilions at the 1939 World's Fair. 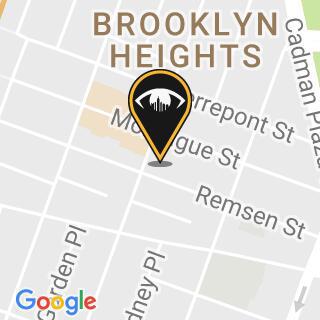 Our Lady of Lebanon Cathedral