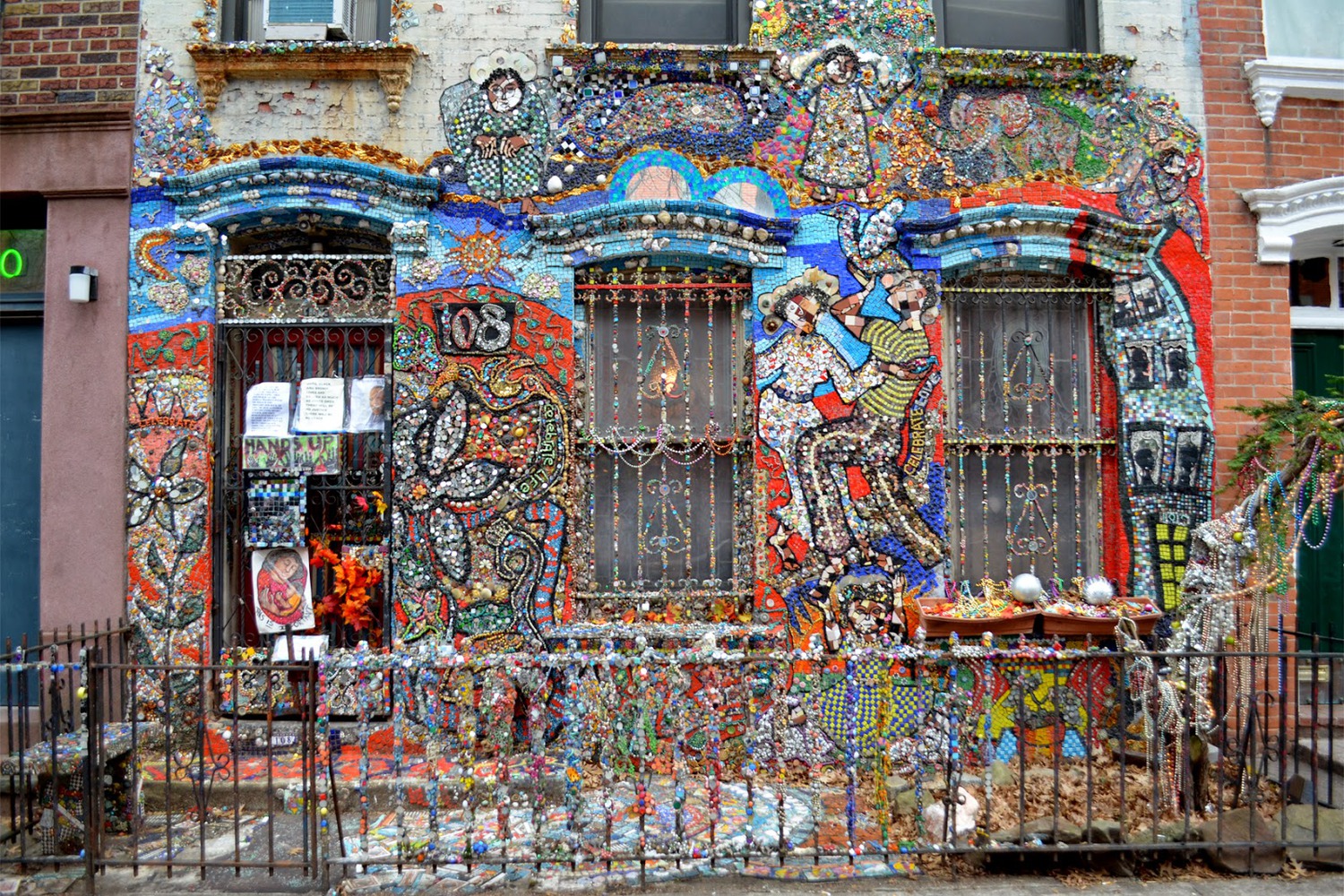 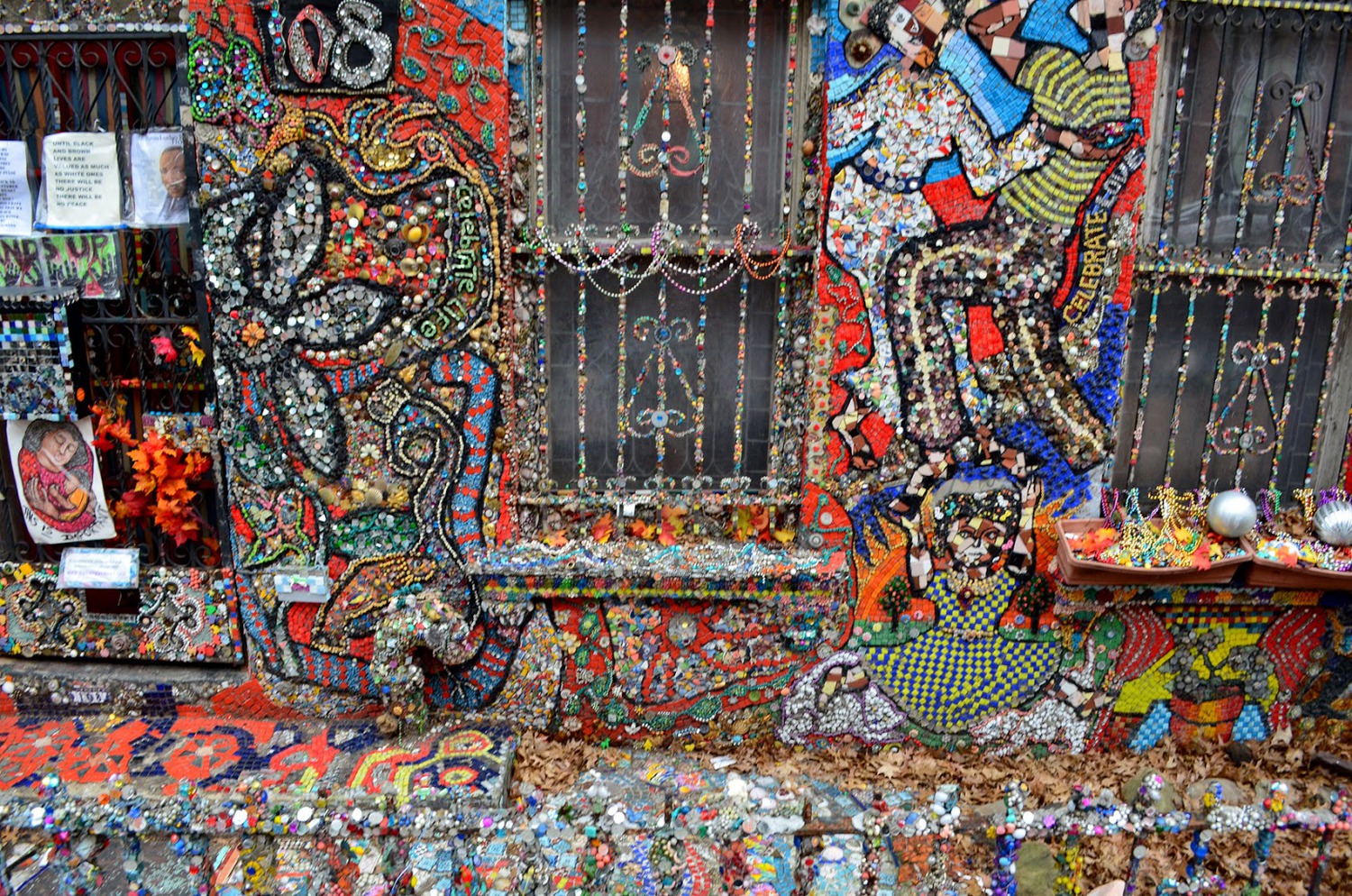 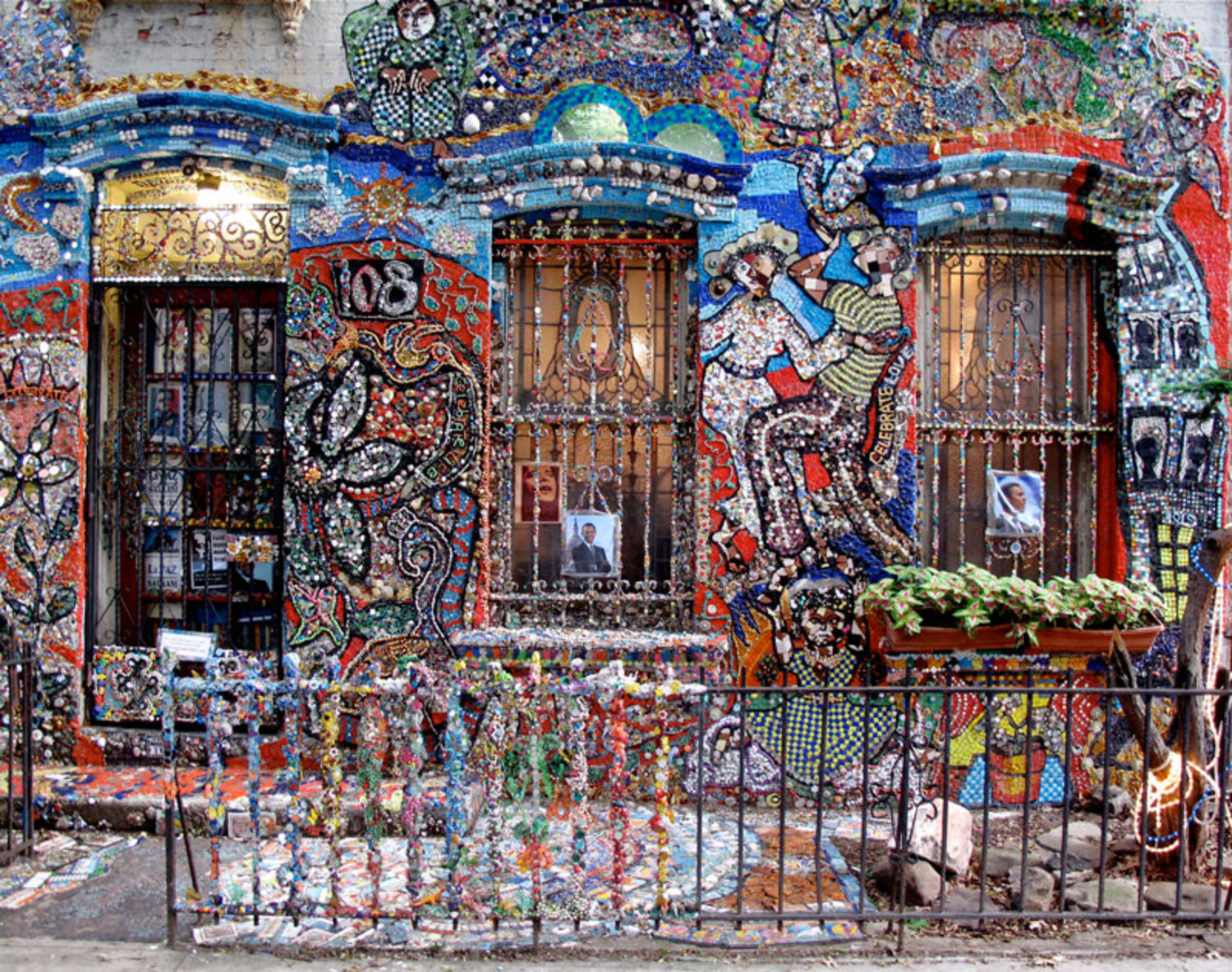 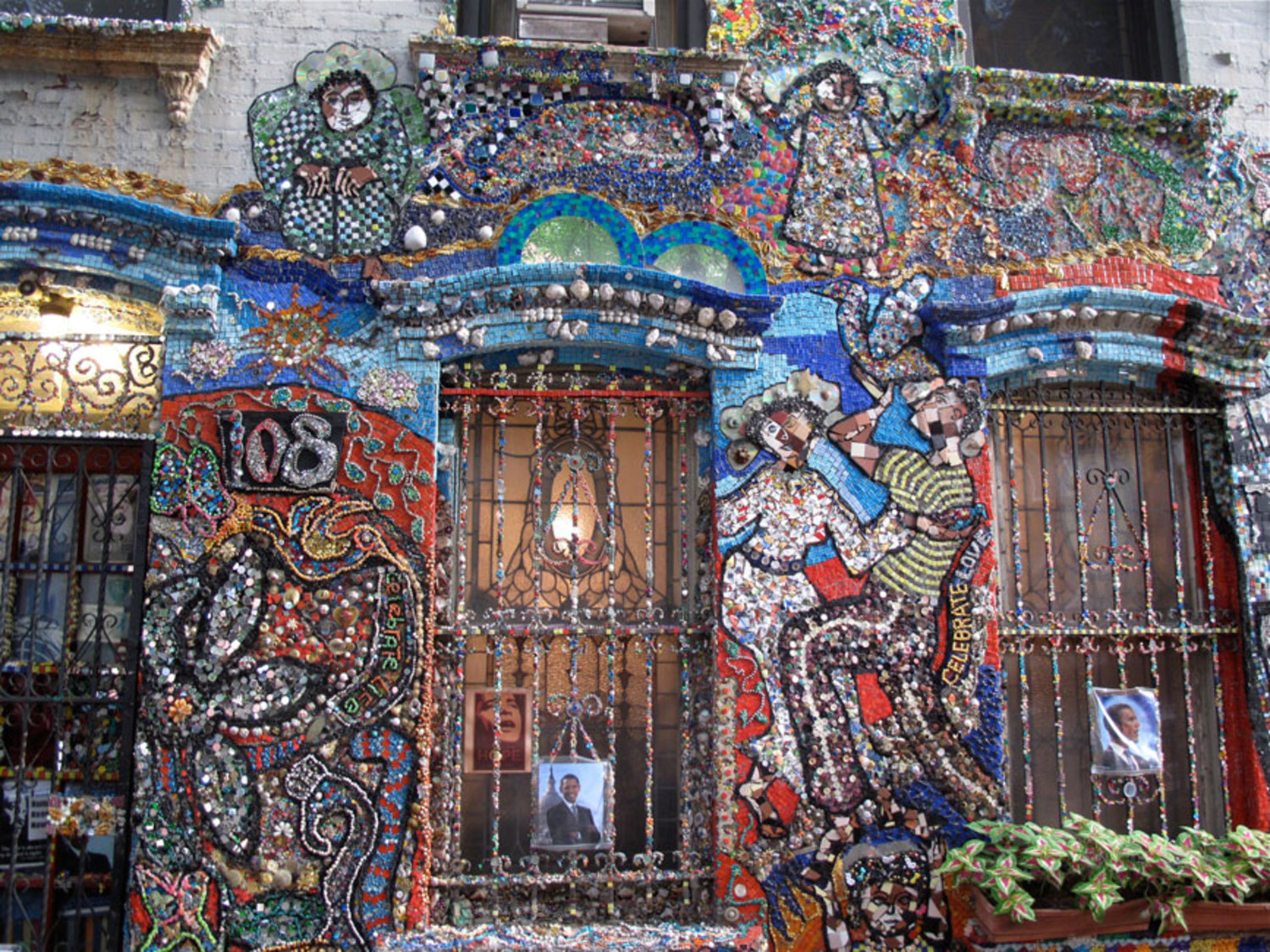 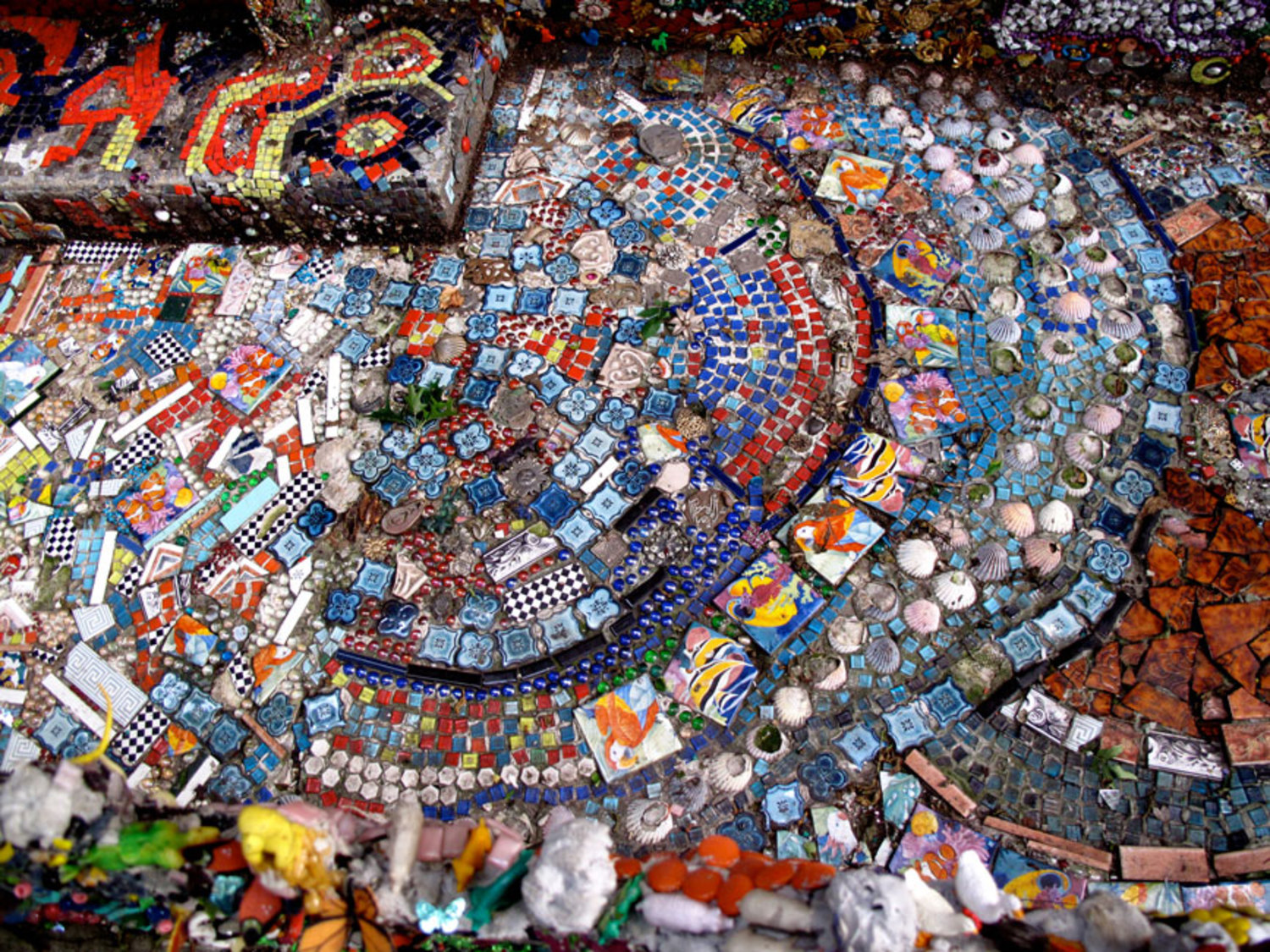 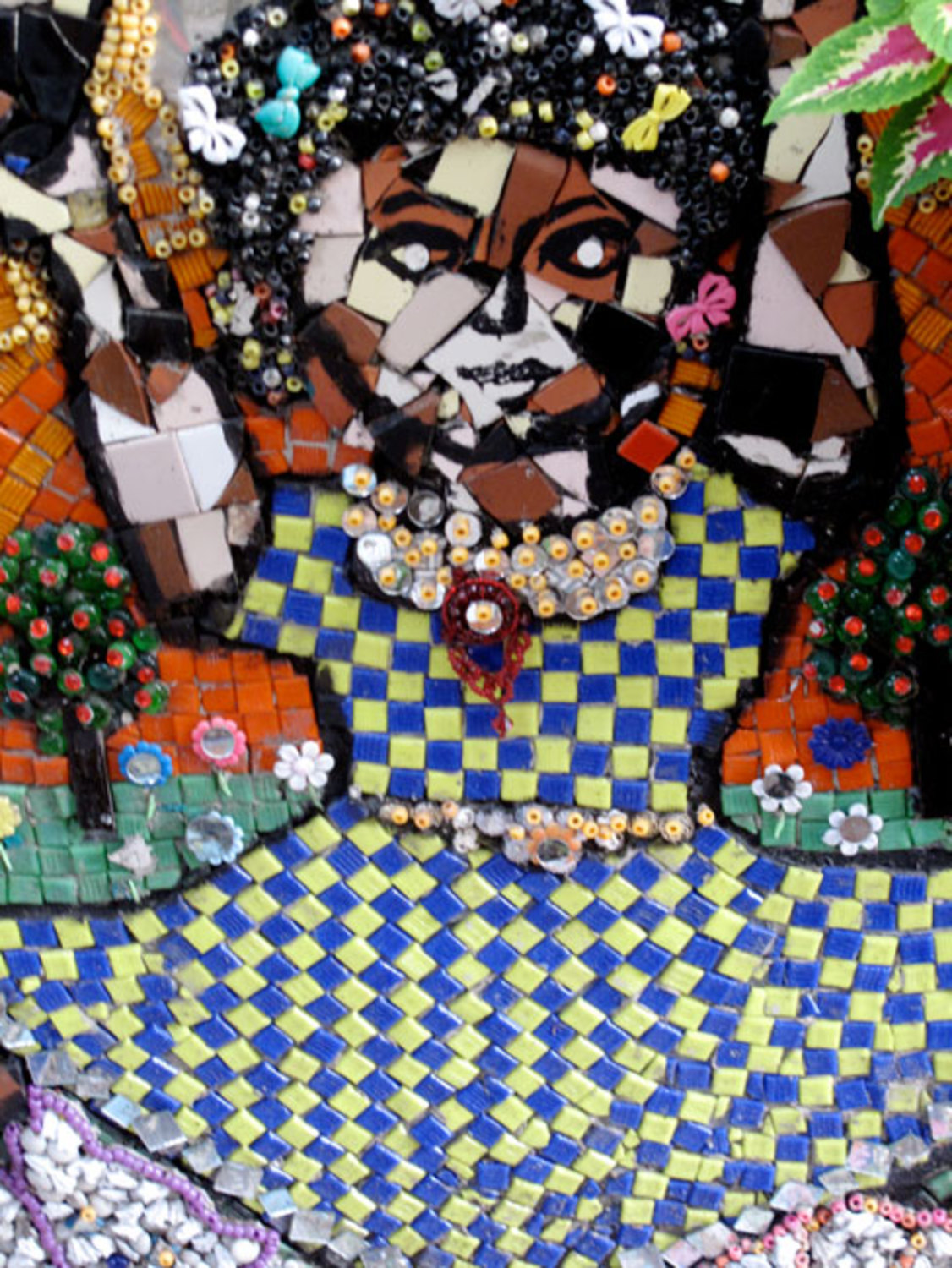 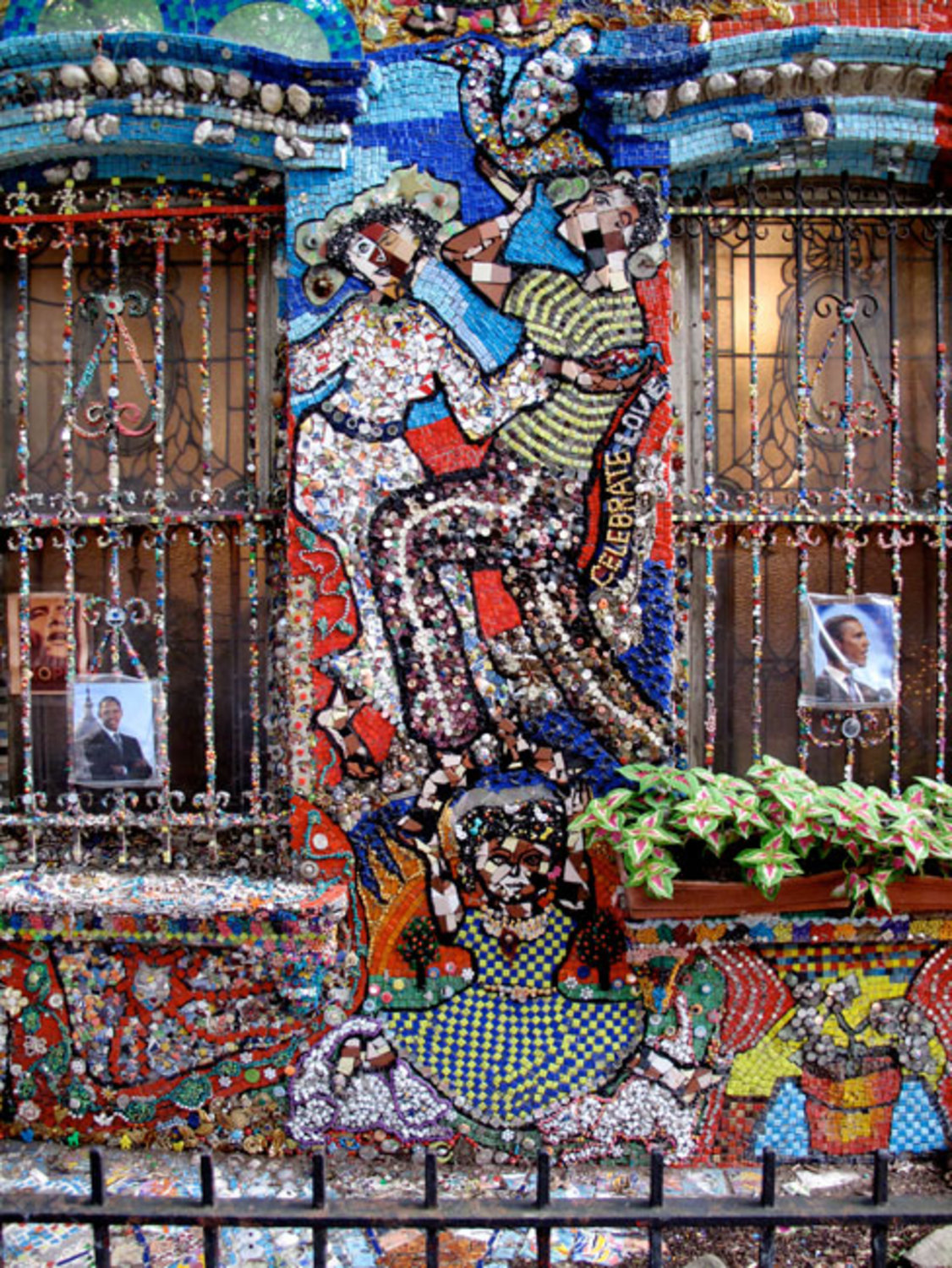 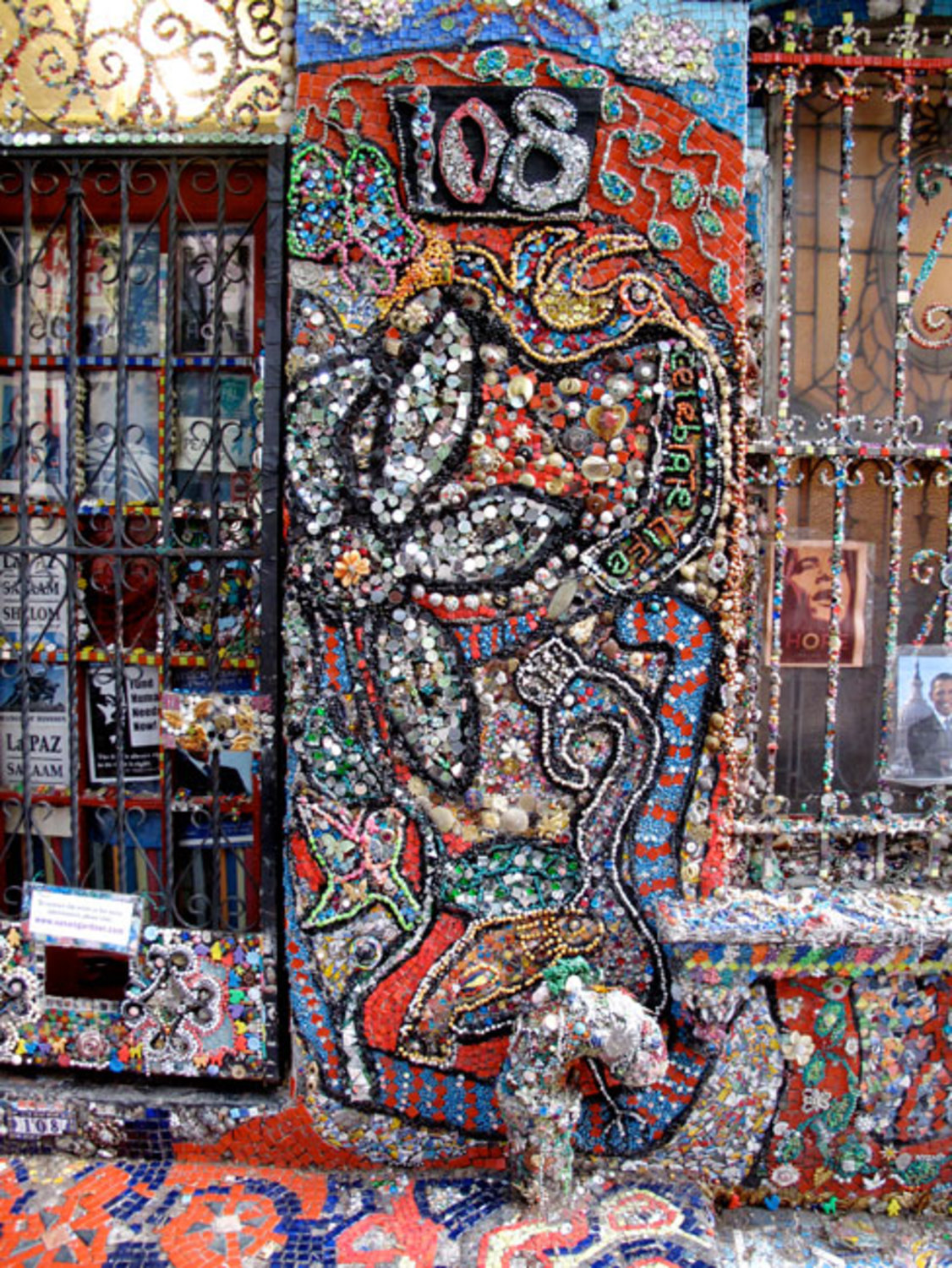 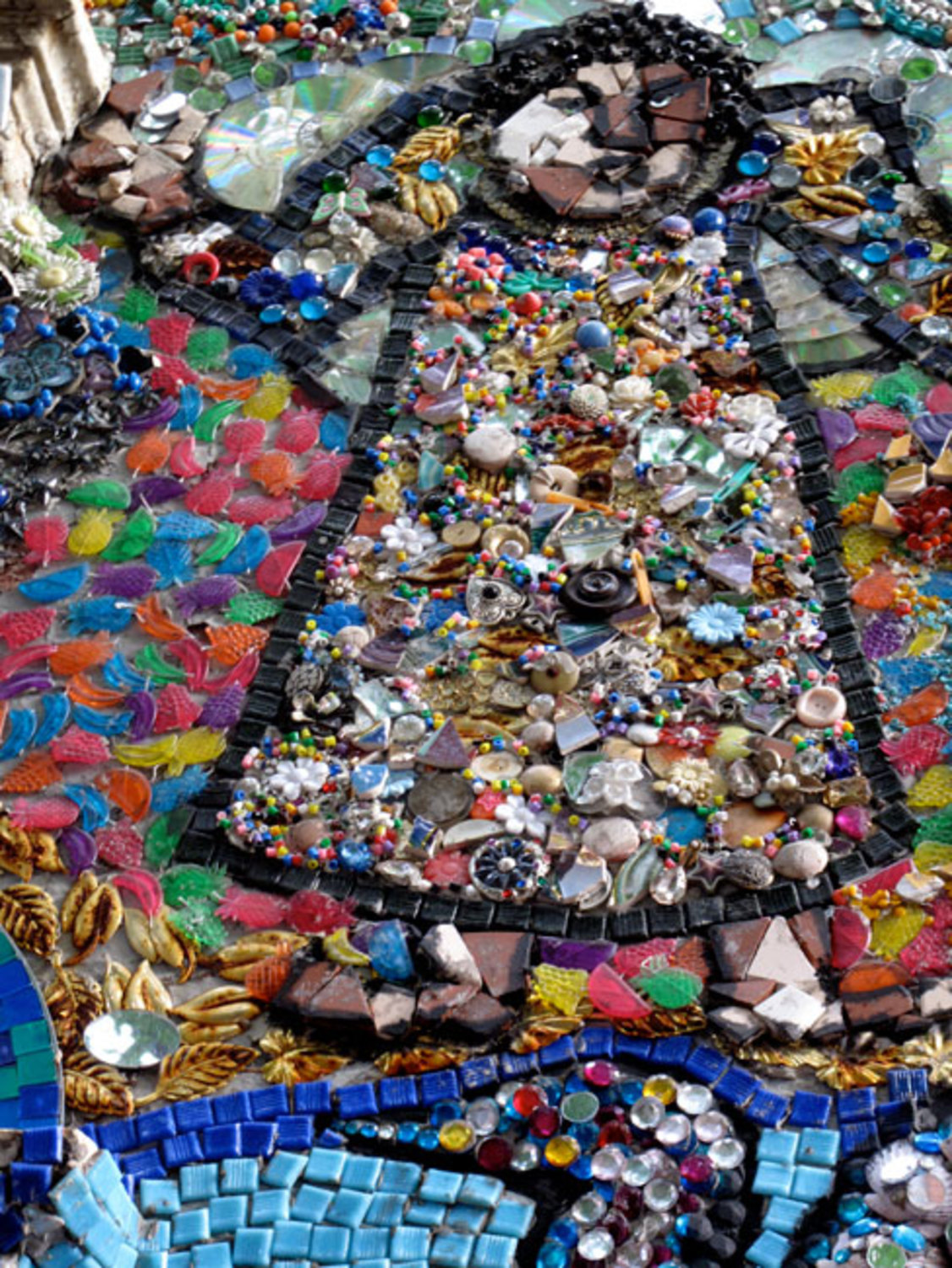 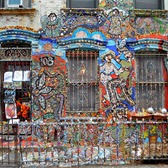 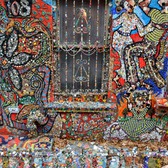 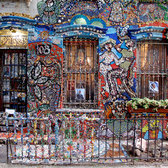 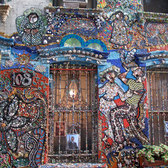 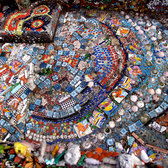 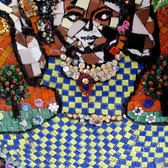 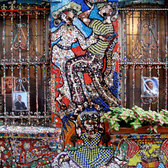 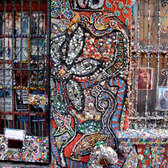 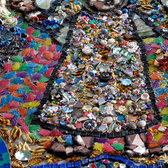 One day in 2001 shortly after 9/11, Brooklyn artist Susan Gardner went outside and decided to glue things to the front of her house. What started as a mosaic flower to try and cheer up the neighborhood ended up growing into a 14 year art project completely enveloping her Boerum Hill home in mosaic tiles. Hidden City recently wrote up a piece on the project:

In Brooklyn's Boerum Hill neighborhood, not far off the Bergen Street stop on the F or G line, is an art project many a local has enjoyed for almost 15 years, which all have dubbed "the Mosaic House". Found at 108 Wyckoff Street, the project began a little after the 9/11 tragedy, when artist, and head of the Studio Program at Yeshiva University, Susan Gardner, decided to help cheer up her neighborhood. She began by creating a large mosaic flower, and every summer since, Gardner adds a little more to the facade, in hopes to someday encase her entire brownstone in beads, glass, shells, tiles and buttons. Gardner has claimed the work to be a celebration of life, and it has caught on, as residents of the neighborhood often leave donations of items to be added.

via This Hidden City 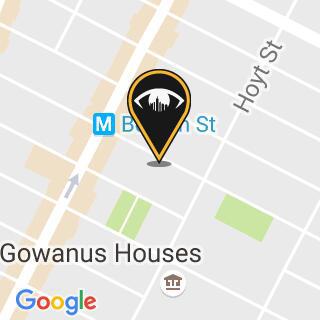 [WATCH] The Secret Behind the Huge, Windowless Skyscraper in TriBeCa