Brooklyn's Wyckoff House and Museum in East Flatbush doesn't look like much, but it has the distinction of being New York City's oldest surviving structure, with the original portion of the home dating back to 1652.

In April of 1637, a young man named Pieter Claesen arrived on American shores in what was then the Dutch-controlled colony of New Netherland. [...] Upon his arrival, Pieter was contracted as an indentured farm hand [...] After a period of six years, Pieter’s contract of servitude expired and he became a tenant farmer himself.

Pieter then met and married a younger woman named Grietje van Nes, eventually having 11 children together.

By 1652, Pieter and Grietje had acquired a farm in the newly established community of Nieuw Amersfoort in what would eventually comprise the city, and later borough, of Brooklyn. The house they occupied was a simple one room structure with a packed earth floor and unglazed windows, with doors at both ends and a large jambless (open) hearth. Miraculously, it still stands today.

In 1967, the Wyckoff House was declared a National Historic Landmark, the first in New York City. The home is open to the public and operates as a museum filled with period specific furniture, much of it original, and can be visited free of charge Tuesdays through Saturdays from 10am till 4pm. 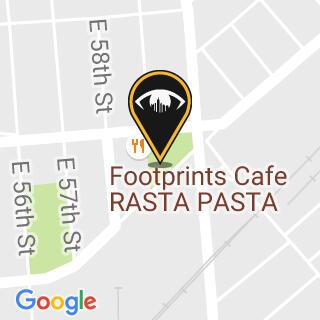 Learn How to Make Dumplings at Home from West Village's RedFarm