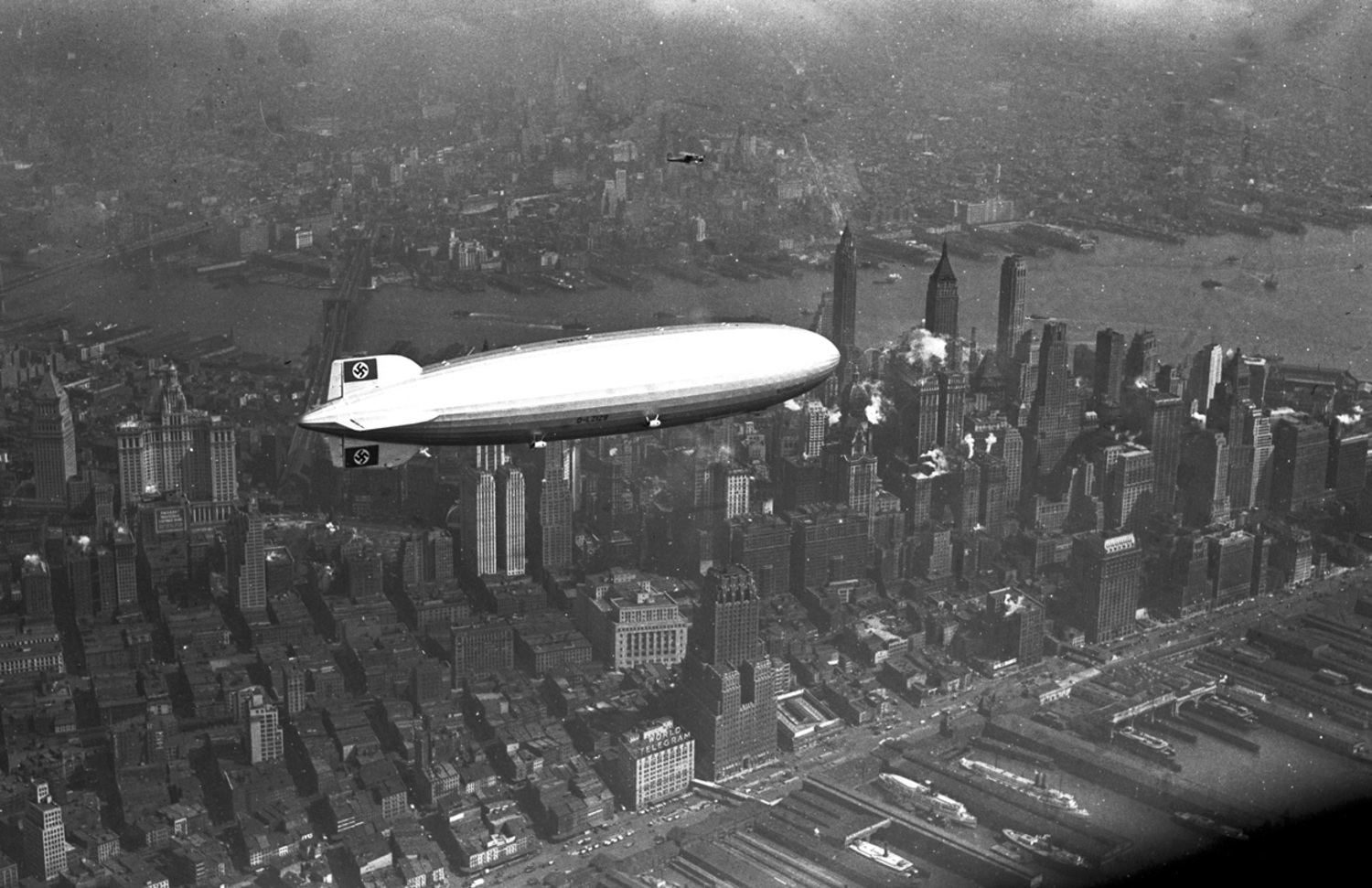 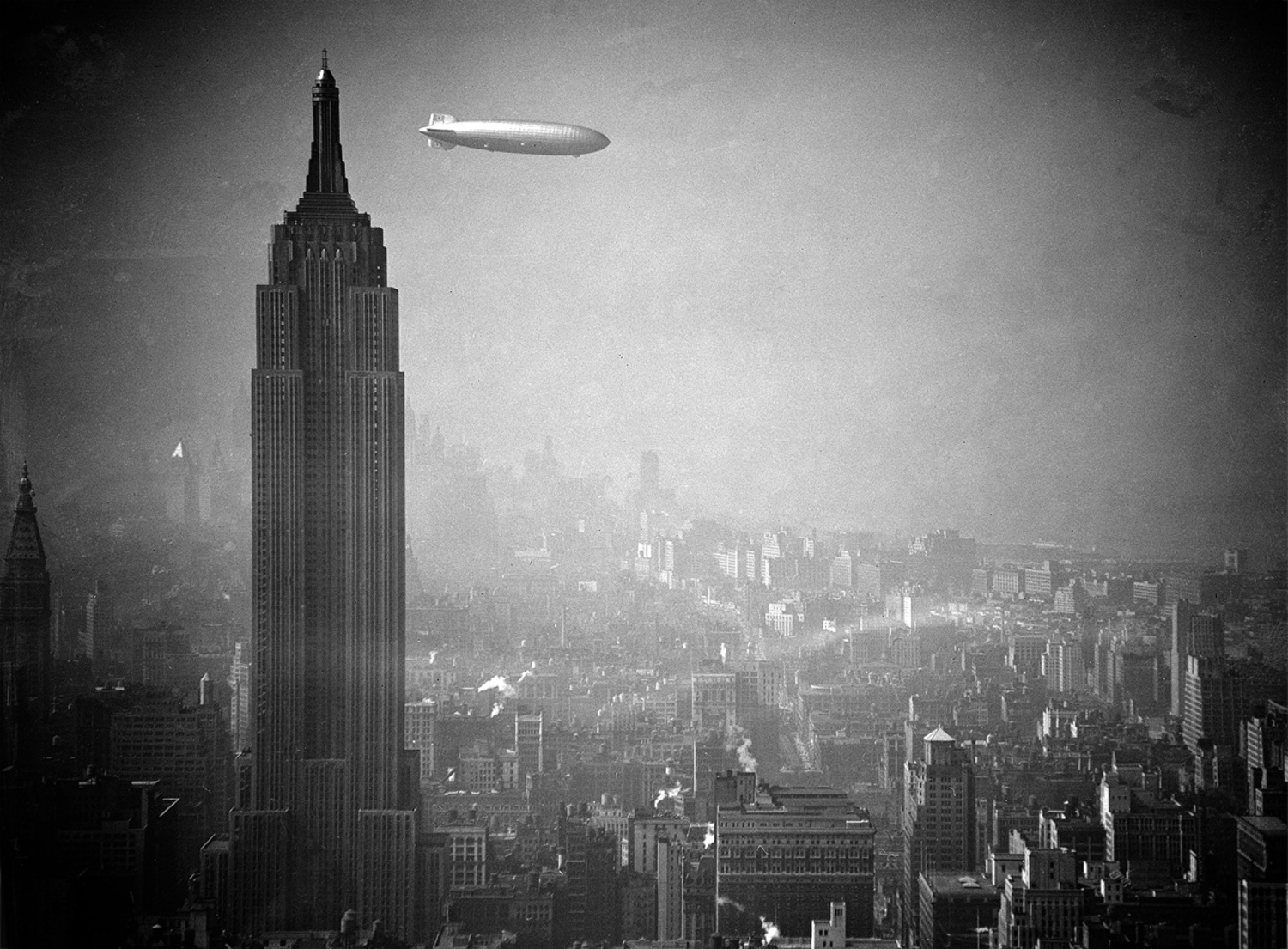 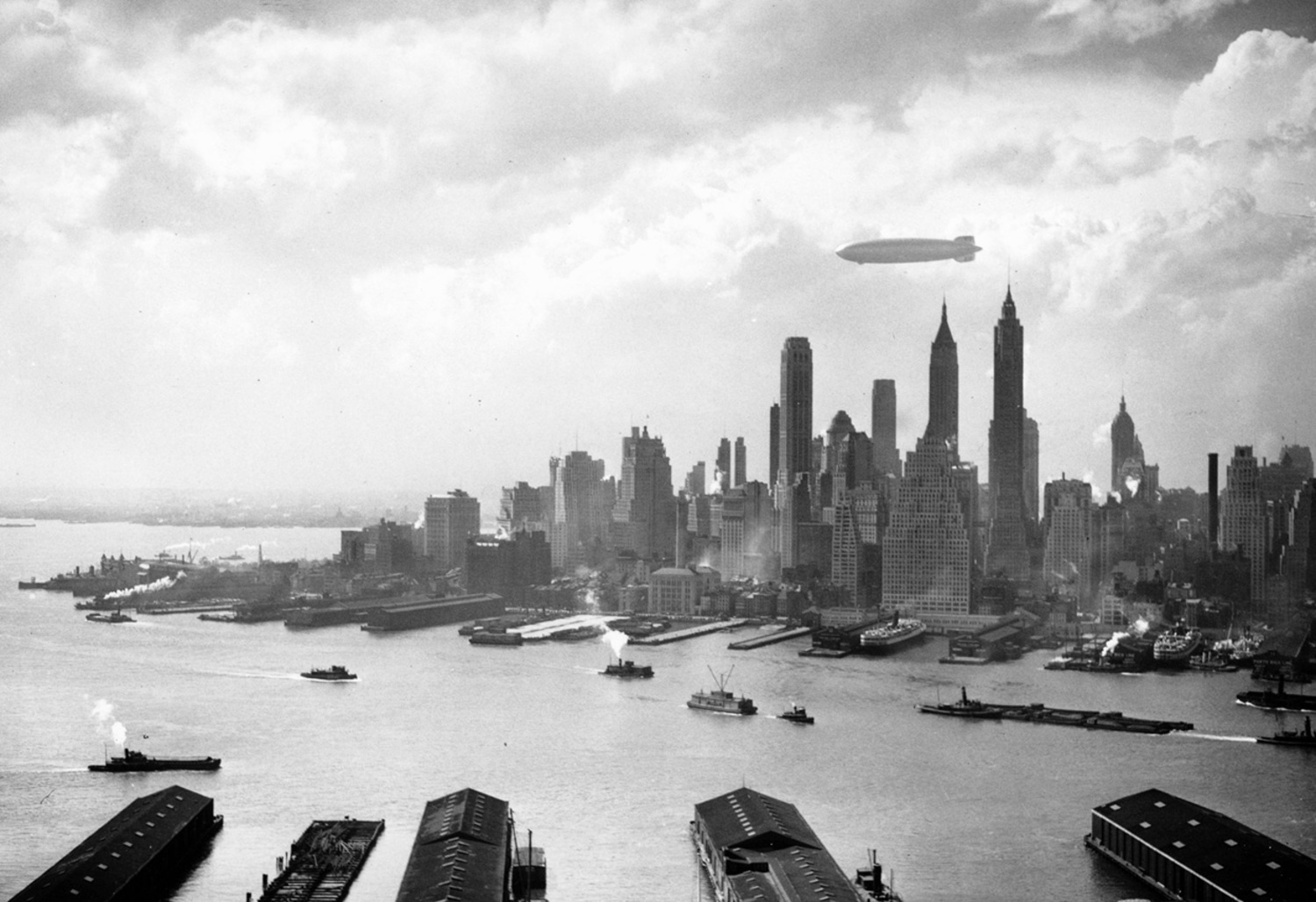 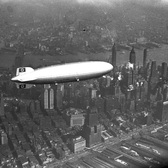 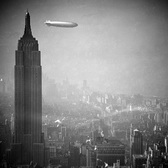 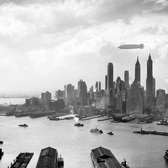 Pretty much everybody has heard of the Hindenburg and it's famous crash, but not a lot of people
who aren't history buffs know that it happened pretty close to the City, in Lakehurst, New Jersey. Shortly before it's
notorious landing disaster, the Hindenburg flew over Manhattan and some great aerial photos were captured of the city skyline along with the aircraft.
It's a rare glimpse back into time and a era of City history too soon forgotten.