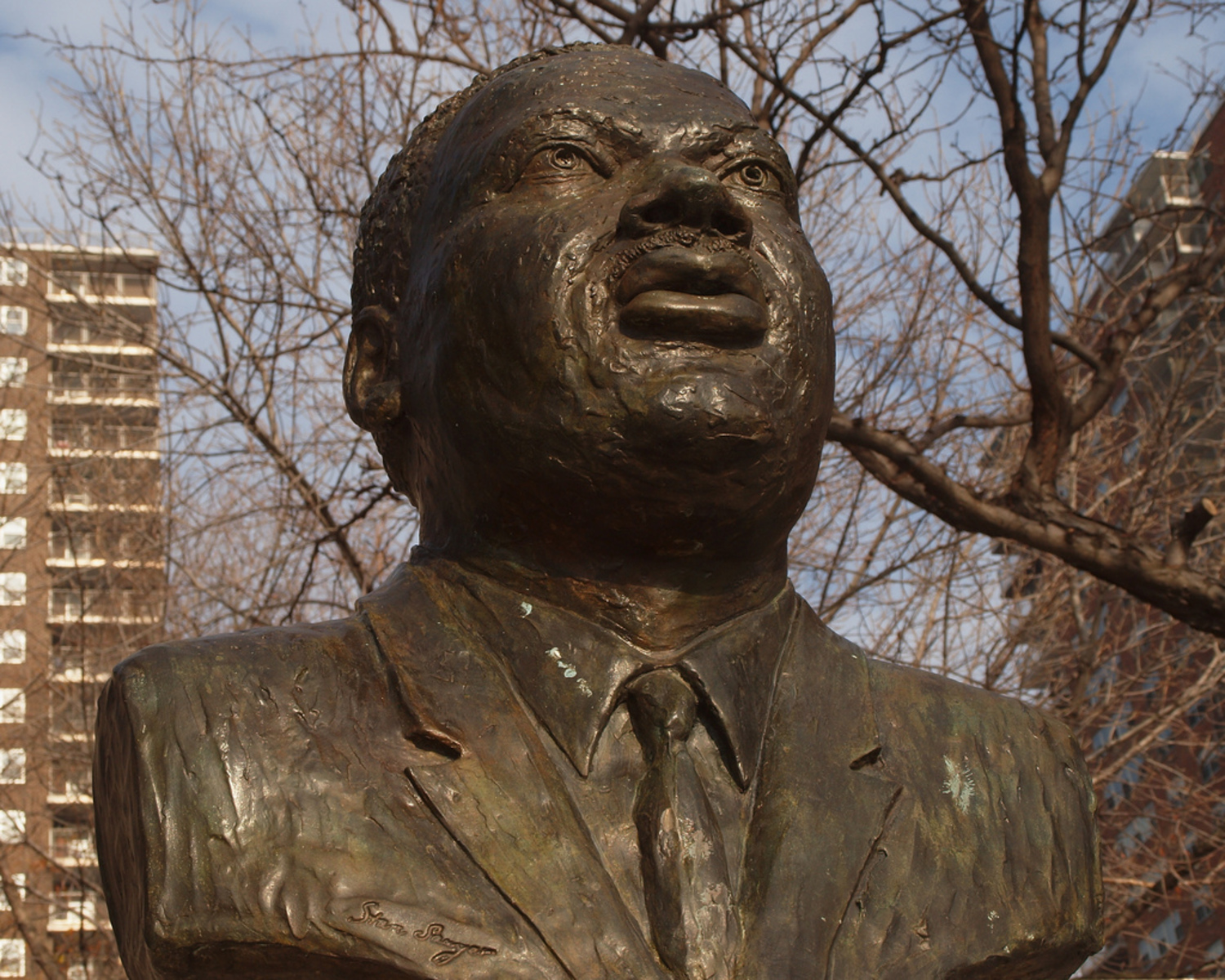 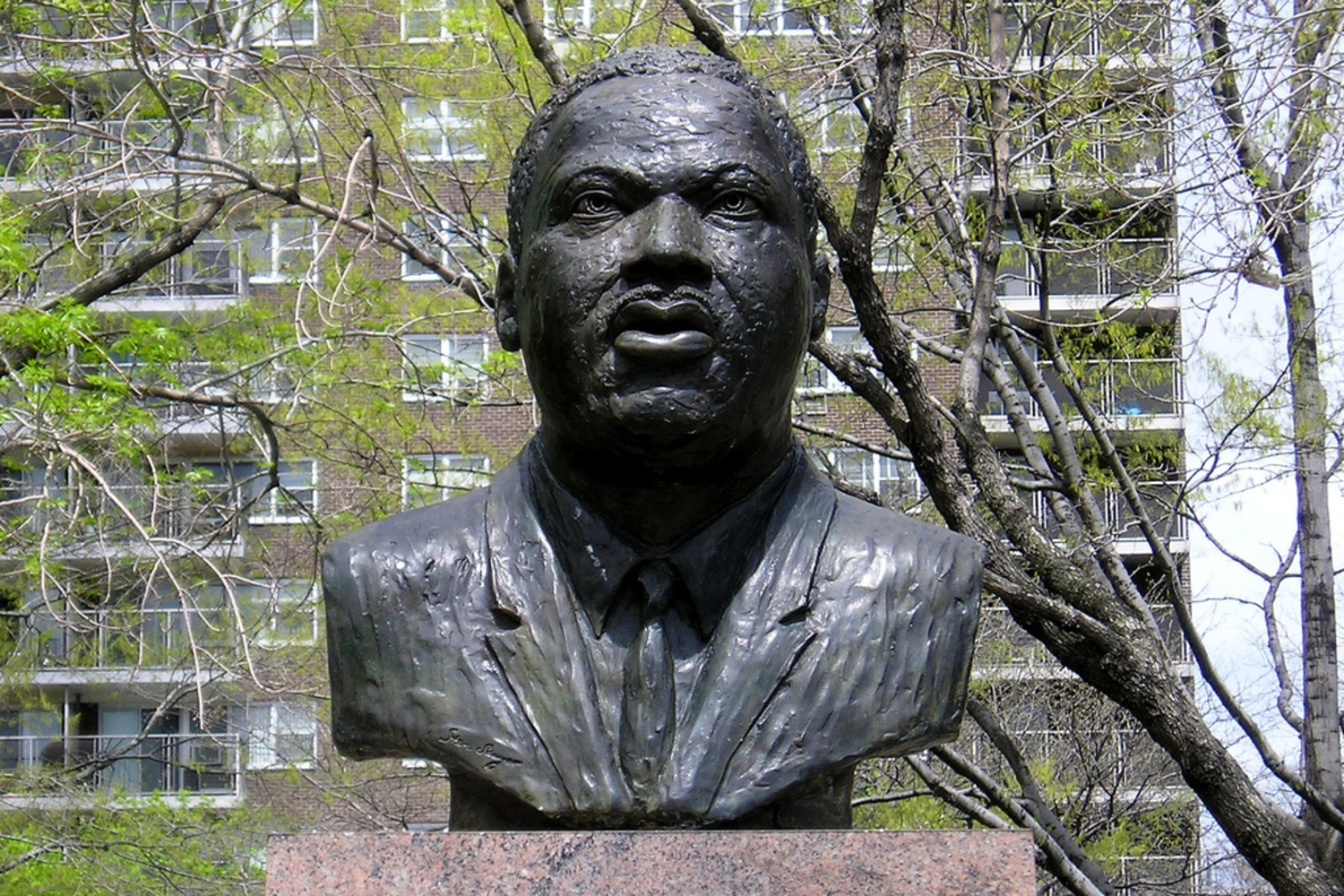 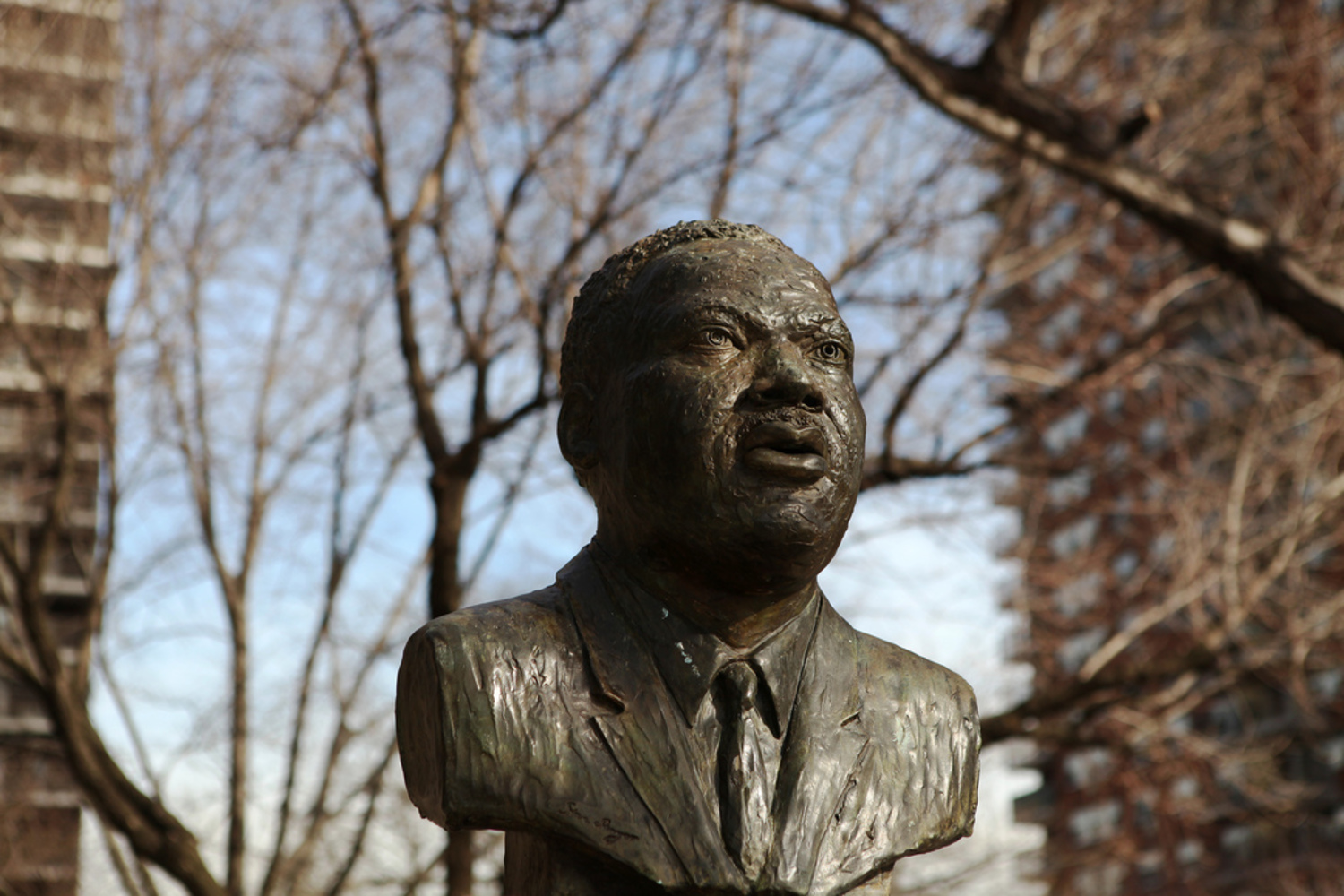 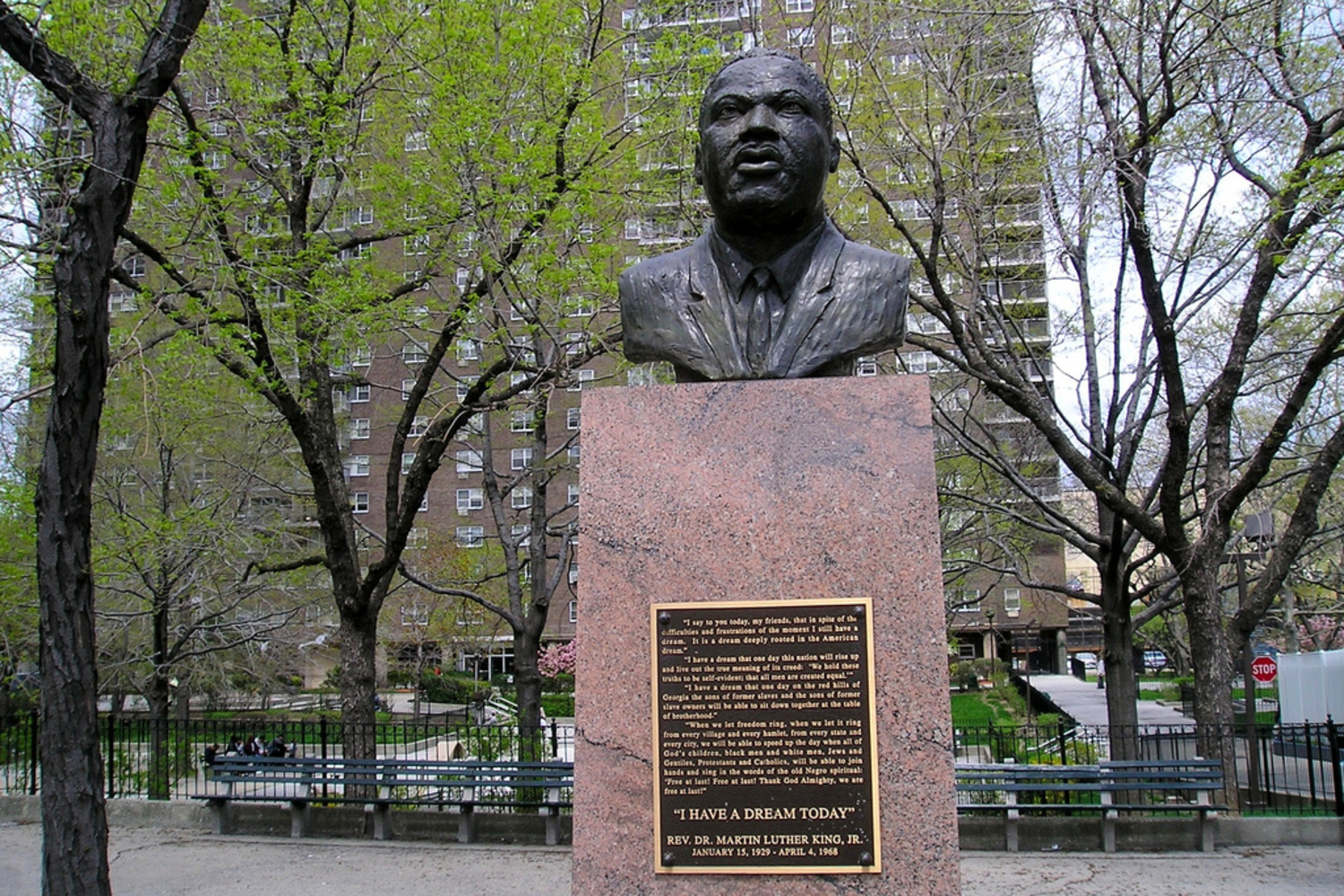 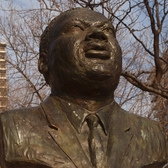 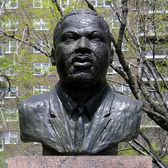 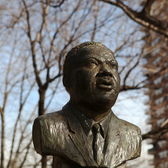 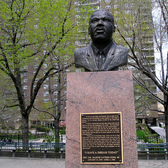 Today is Martin Luther King Jr. Day in the United States so we would not be doing our part in honoring one of our Nation's great heroes without showing you a bit of MLK in New York City. This 1970 bronze bust of Dr. King was created in 1970 by Stan Sawyer, just two years after King's assassination. You can visit the Martin Luther King Jr. tribute statue in Harlem, at the Esplanade Gardens between 147th and 151st along the Harlem River.

The plaque at the base of the sculpture reads:

I say to you today, my friends, that in spite of the difficulties and frustrations of the moment I still have a dream. It is a dream rooted in the American dream.

I have a dream that one day this nation will rise up and live out the true meaning of its creed: 'We hold these truths to be self-evident; that all men are created equal.'

I HAVE A DREAM TODAY

King in New York: a New Martin Luther King Jr. Exhibit at the Museum of the City of New York