Construction on the Main Branch of the New York Public Library was completed in 1911, and while the building itself hasn't changed much, the surrounding area of Midtown definitely has.

In this great slideshow compilation video from Vimeo uploader Lyndon Lorenz, see shots of the New York Public Library and surrounding neighborhood over the past century.

Built on the site of the Distributing Reservoir (part of the the Croton Aqueduct system) at Fifth Avenue and Forty-Second Street, the New York Public Library was designed by Carrere and Hastings, following a highly public competition among New York City’s most prominent architects. The building’s official opening occurred on May 23, 1911 by President William Howard Taft. The library was the largest marble structure in the United States at the time, and had cost $9 million to build, with a collection of more than 1,000,000 volumes. Today, the Library holds 63,000,000 items throughout 87 branches in Manhattan and the boroughs. 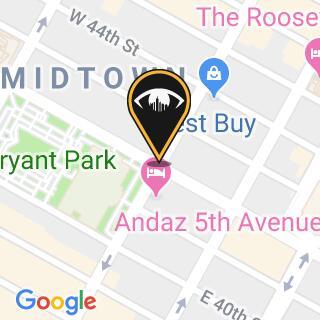