Franklin D. Roosevelt Four Freedoms Park is a small National Park located on the southern tip of Roosevelt Island. Opened to the Public on October 24th, 2012, the park celebrates the four freedoms the former president highlighted in his 1941 State of the Union address.

The park is shaped like a giant triangle, lined with walkways and trees on the sides, a grass lawn in the middle, and a 2,000 pound bust of the former president at the focal point. On the reverse side, the relevant portion of FDR's 1941 speech is etched into the granite:

In this video from our 360° New York series, see what it's like inside the park, and view it from all angles. If you can't move the view around, you need to use the Google Chrome browser on desktop, or the YouTube App for iOS or Android to move around inside the video. 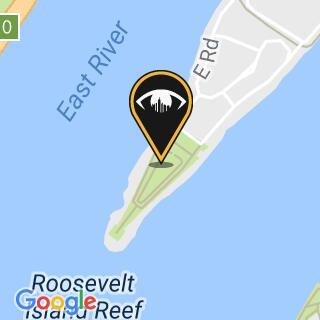 [WATCH] Check Out This 360° Video Tour of Roosevelt Island