Registration is now open for the Tour de Staten Island! The race is a non-competitive ride through Staten Island, beginning and ending at The Flagship Brewing Company. There are two routes to choose from:

The 55 mile: Ride through a multitude of neighborhoods in Staten Island. Ride with your buddies on the 35-mile route until the first rest stop at Freshkills Park. After the rest stop in Freshkills Park, the 55-mile ride continues through Heartland Village, New Springville and Lighthouse Hill before reaching the Historic Richmond Town rest stop. Pedal through Great Kills and Rossville before circling back around along the eastern shore, for a third rest stop -- and beautiful ocean vistas -- at Great Kills Park. Continue along the waterfront to take in the striking views of the Verrazano-Narrows Bridge and New York Harbor before arriving at the Finish.

The 35 mile: This route takes riders along the north shore of Staten Island, then cuts through the middle of the island to the eastern shore and brings riders up along the waterfront with spectacular views of the Verrazano-Narrows Bridge and New York Harbor. There are rest stops in Freshkills Park and Historic Richmond Town.

Along with each ticket comes a free beer at The Flagship when done! For more information on the ride, and to get tickets, head over to Bike NYC. 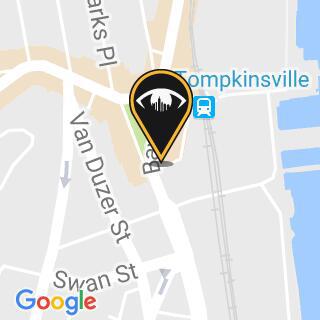