A plan to pave over the Putnam Trail in The Bronx's Van Cortland Park is stirring up a debate between urbanists and naturalists over the effect it will have on the park and the environment.

In this video from our friends at Untapped Cities, learn more about the controversial plan and hear arguments from both sides.

In 2013, New York City announced its first ever master plan for Van Cortlandt Park. Included in this comprehensive strategic plan was the daylighting of the long-buried Tibbetts Brook, improving pedestrian circulation, and the managing of natural resources. The same year, a $2.3 million plan was in place to widen and pave the Putnam Trail, which runs through Van Cortlandt Park on the former Putnam Railroad line that connected to Westchester. But controversy ensued 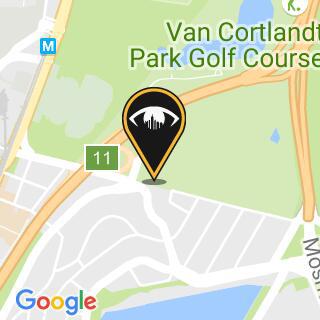