Jeffrey's Hook Light is a small (by lighthouse standards) 28-foot tall lighthouse located on the New York side of the George Washington Bridge. Its bright red paint has helped it get its Little Red Lightouse nickname, and was famously the subject of a 1942 children's book titled The Little Red Lighthouse and the Great Gray Bridge.

In a rare occurrence, the lighthouse will be open to the public as part of Open House New York this Sunday, October 16th, with City Park Rangers giving free informative tours to anybody who comes by, 11am - 4pm.

Get the opportunity to walk inside the Jeffrey's Hook Lighthouse, erected in 1880 in Sandy Hook, NJ and moved to its current site in 1921. It has been widely known as the children's literary landmark "The Little Red Lighthouse." Small groups will be guided through the landmark on a first-come, first-served basis. 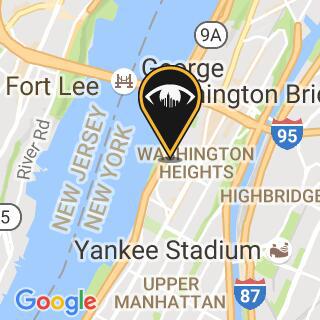