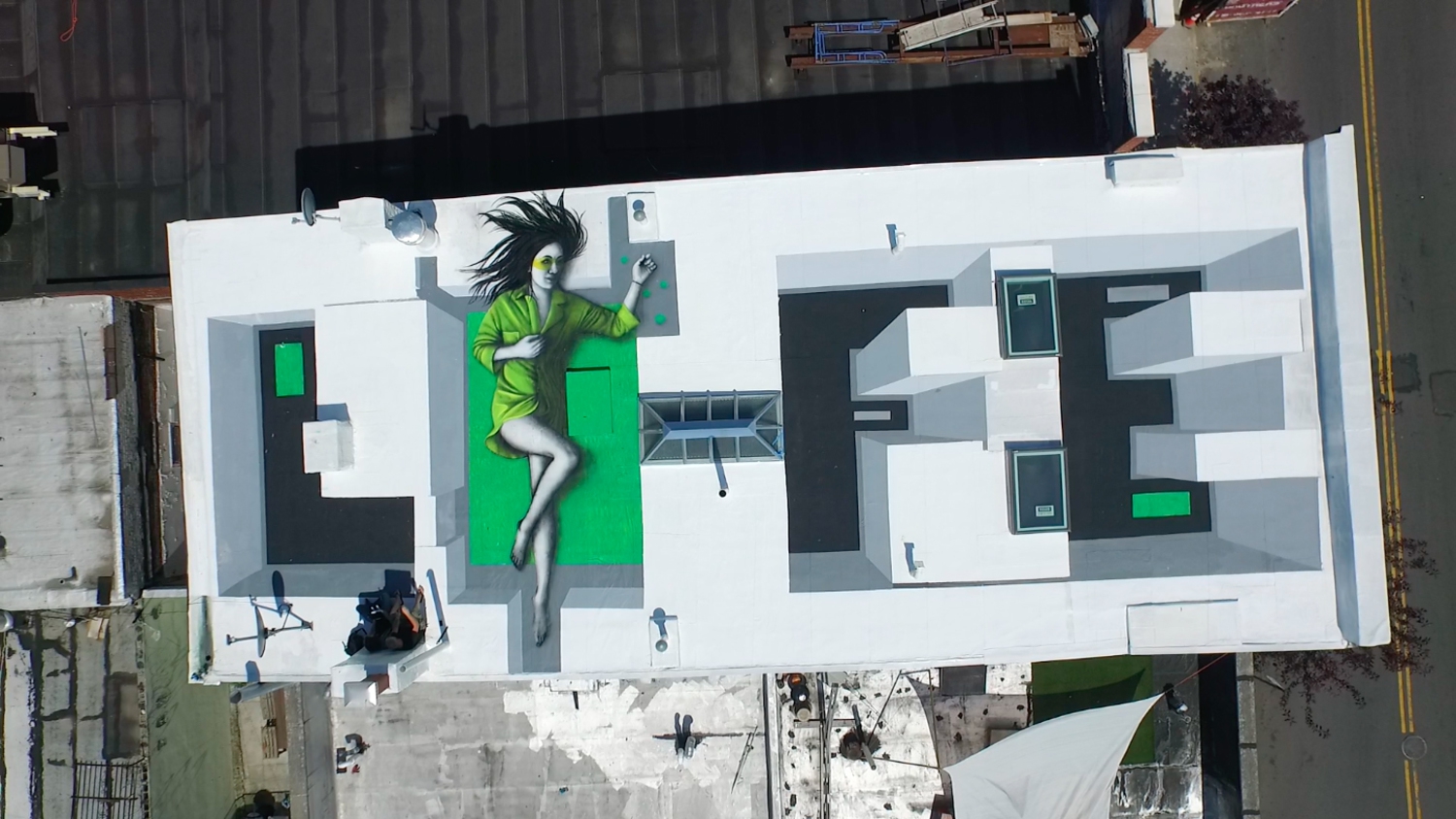 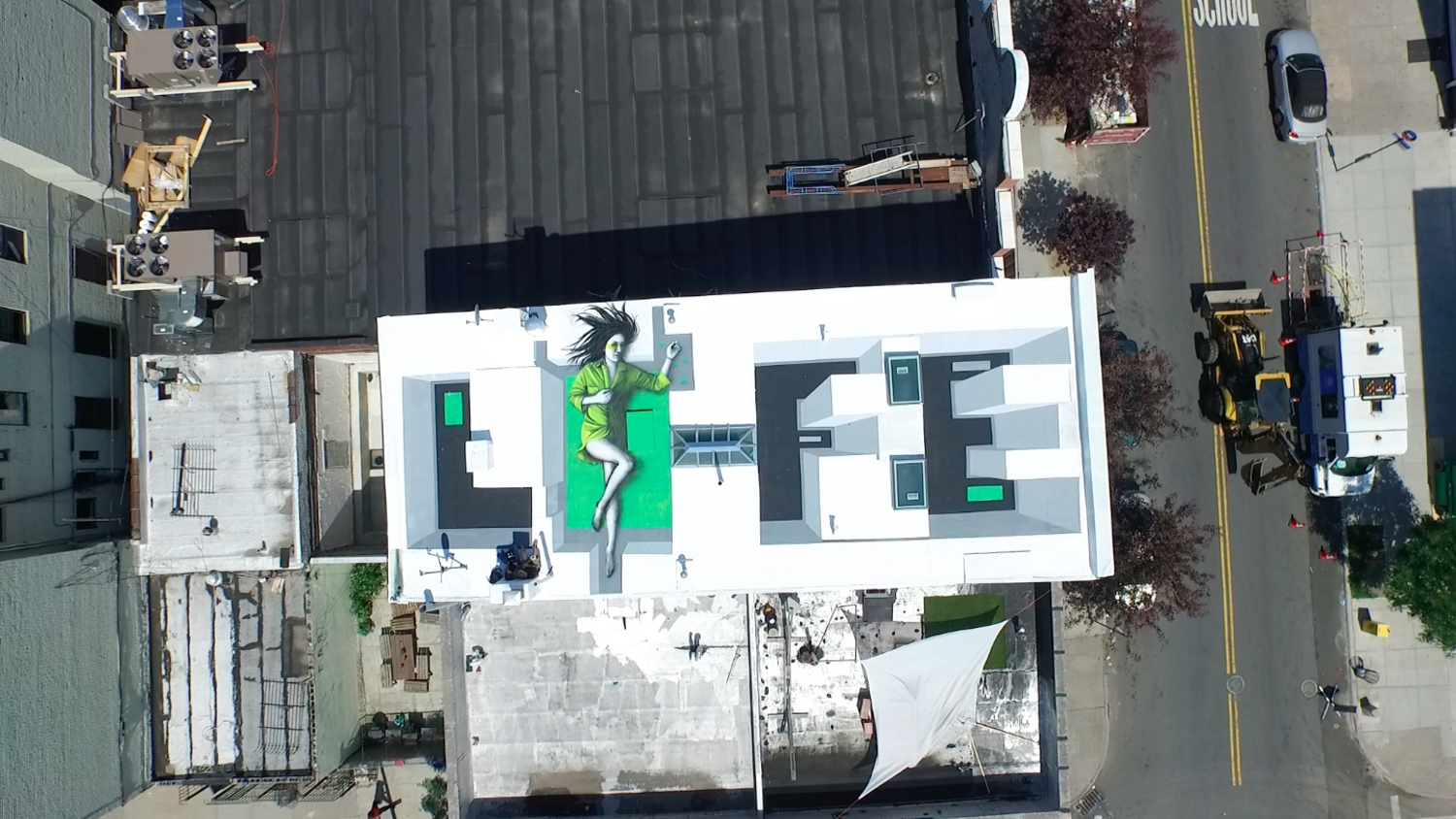 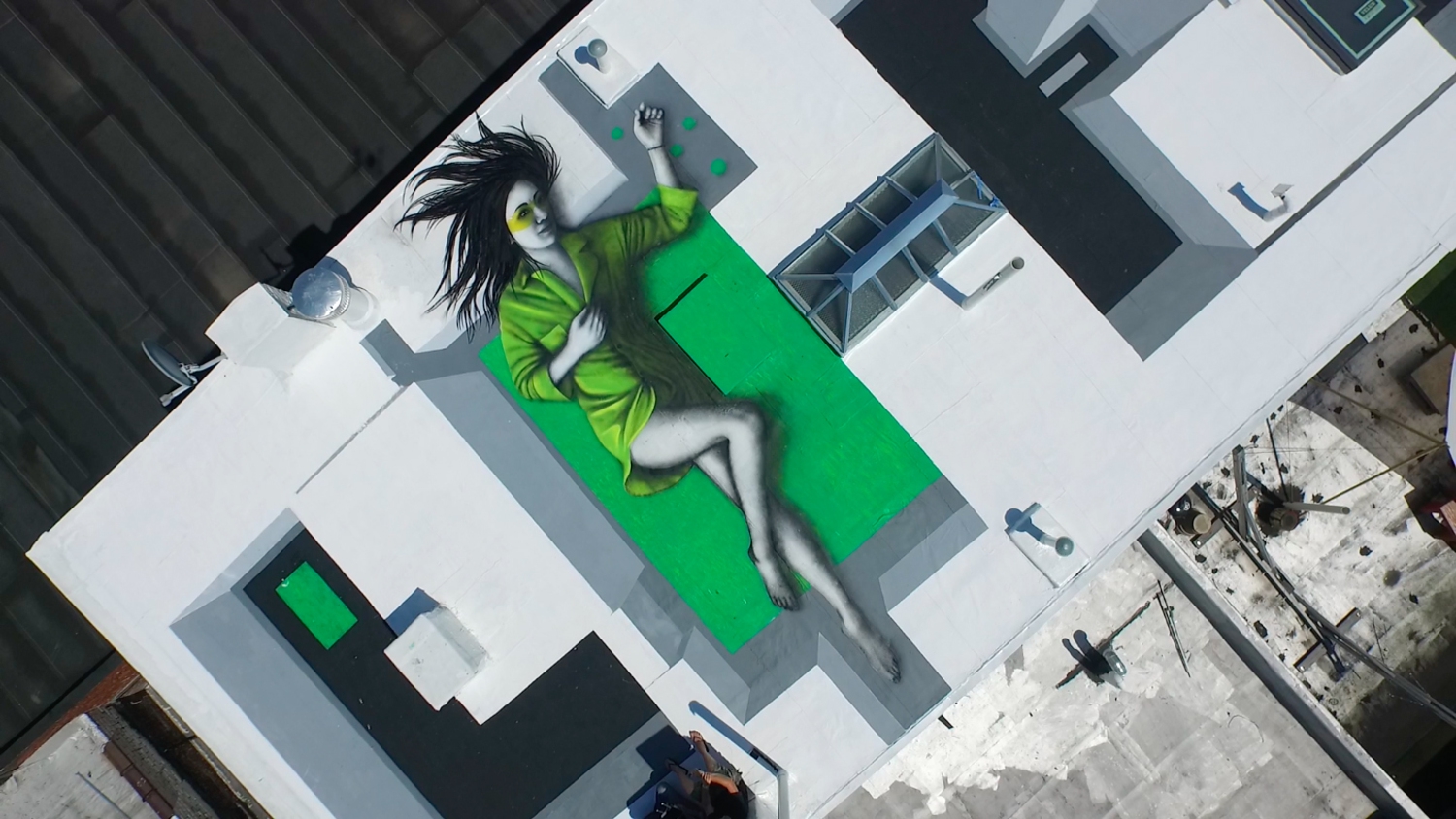 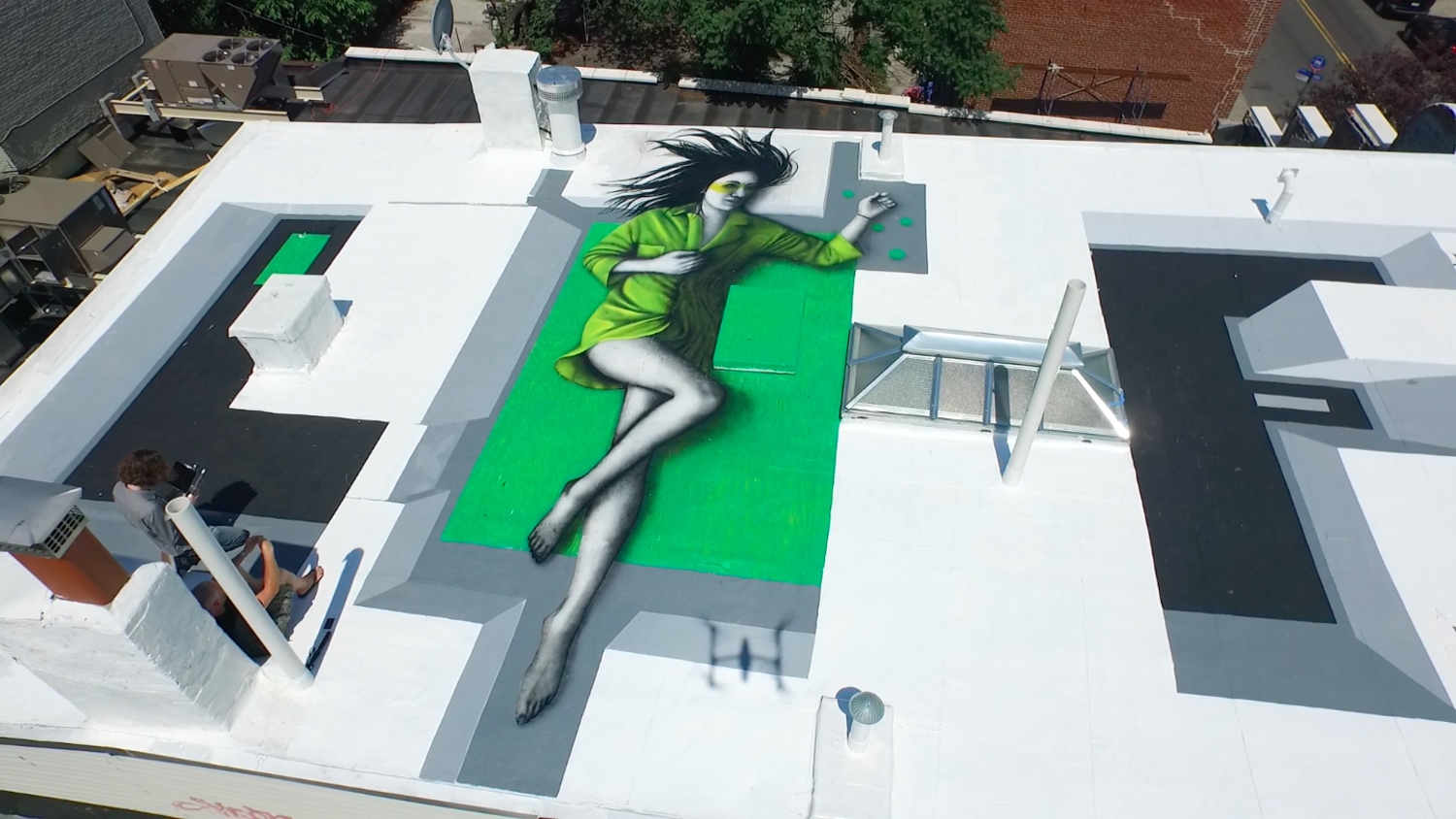 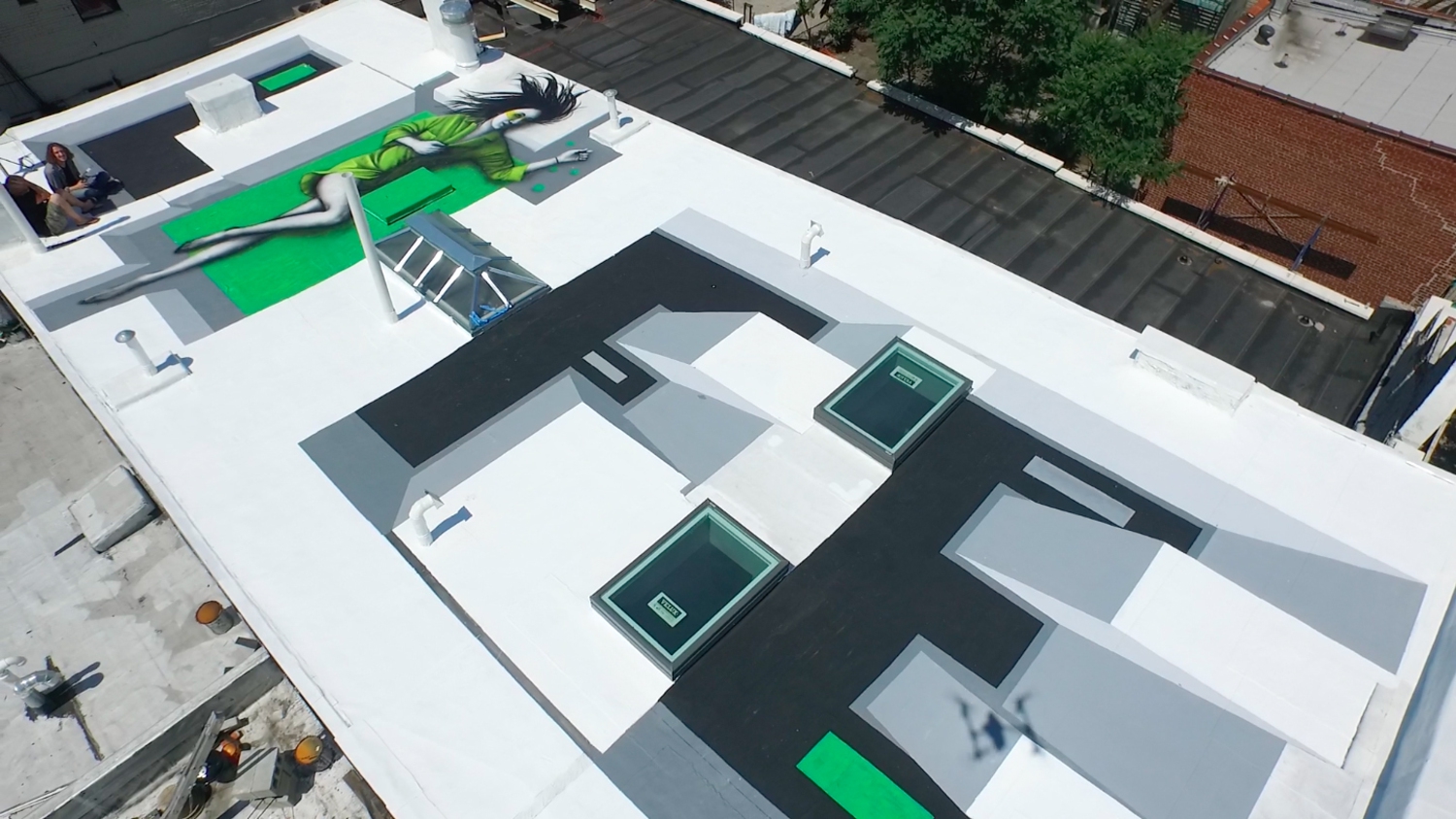 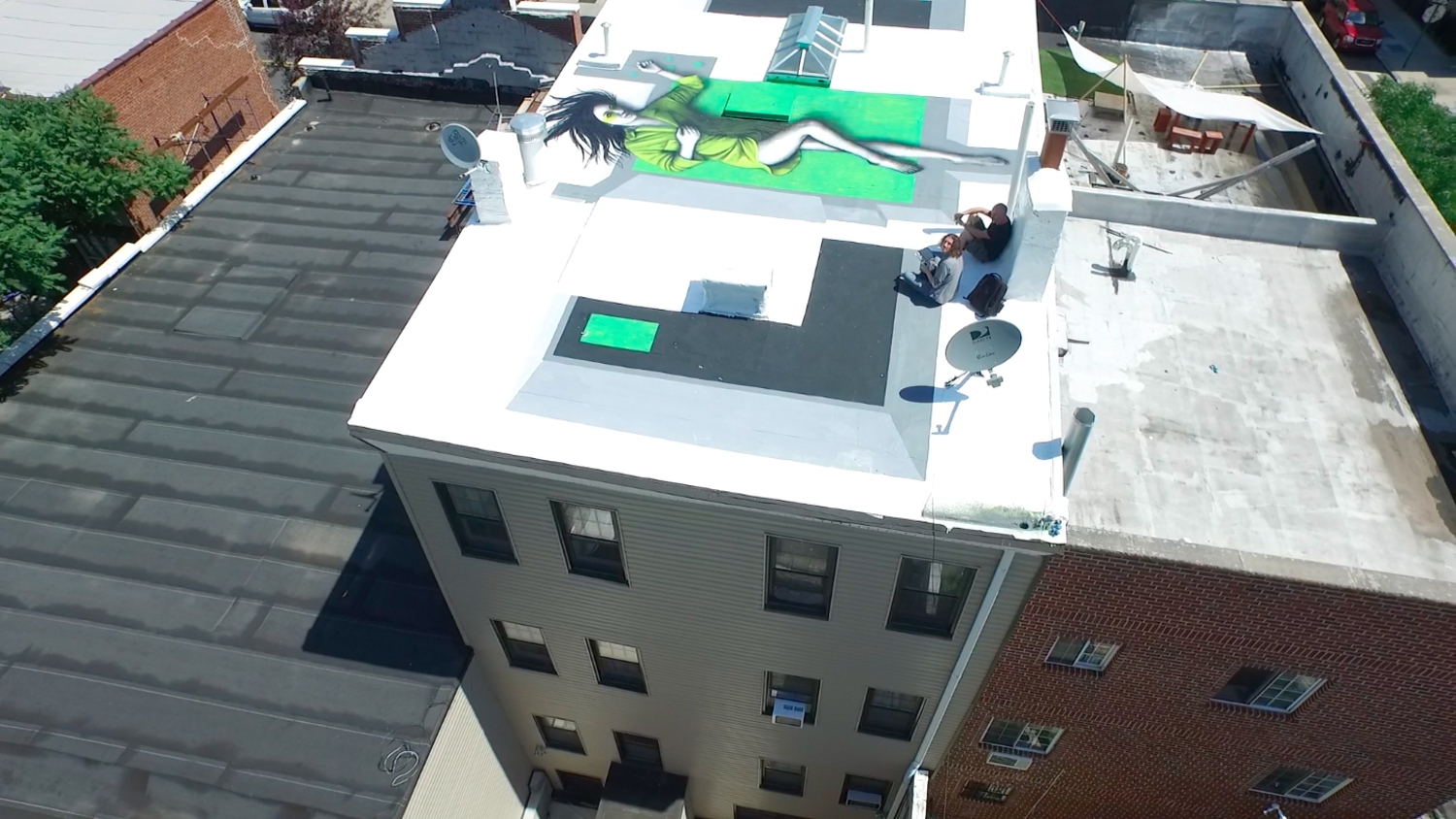 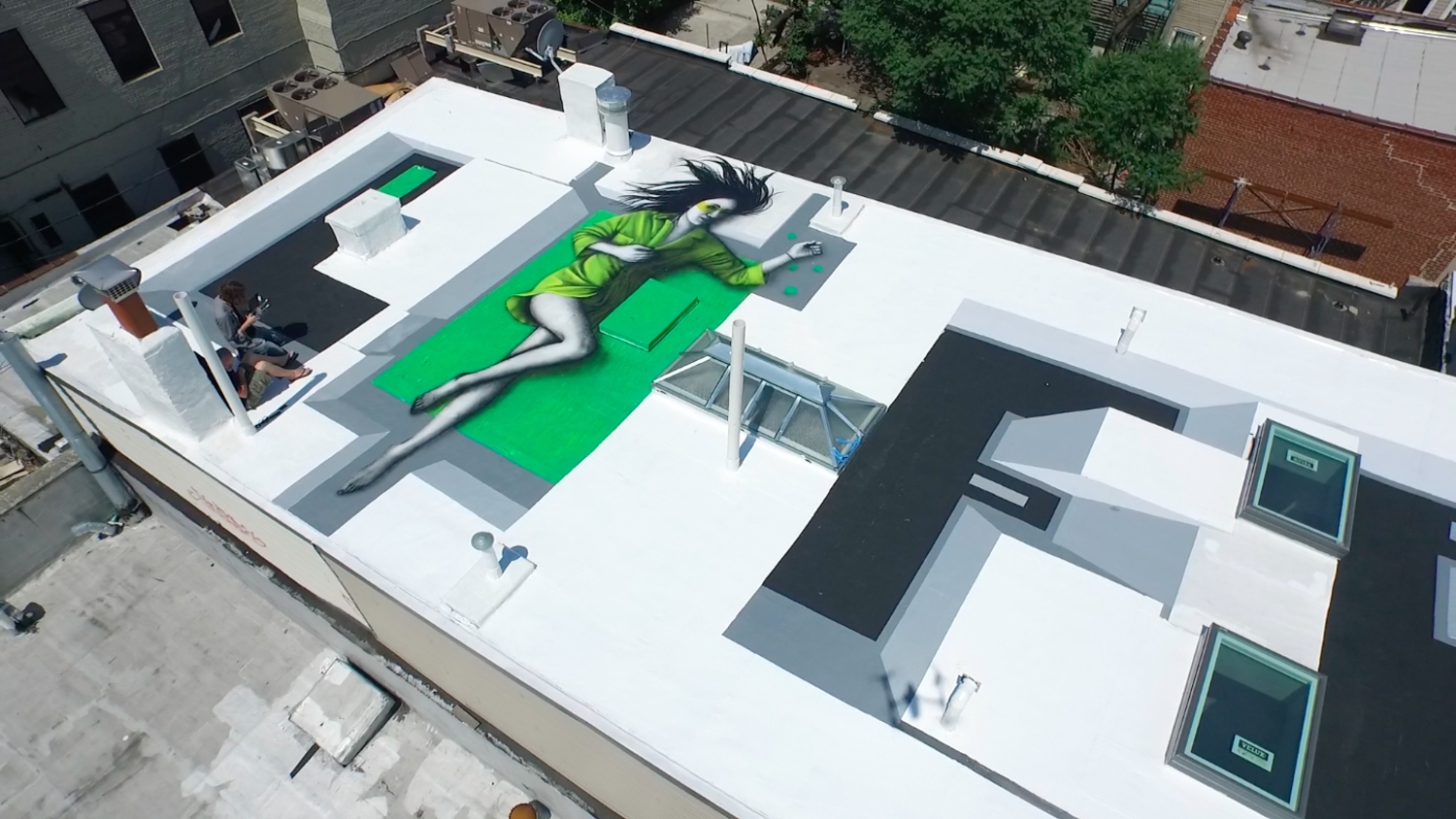 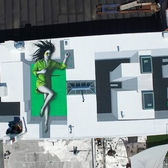 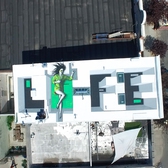 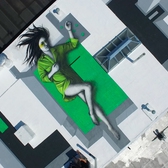 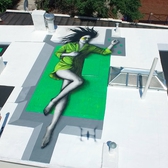 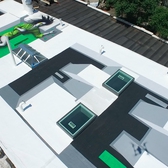 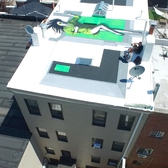 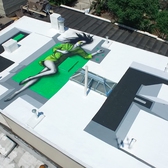 British street artists Fin DAC and Dean Zeus Colman recently spent 5 days working on an amazing mural on an unknown Bushwick rooftop, featuring a woman sprawled out across the building on a green patch of grass, while painted equipment and machinery combine shadows to spell out "Life".

Our friends at Street Art News were able to grab some drone of the piece, entitled Parklike.

The pair spent 5 days in late June putting together a piece entitled ‘Parklike’ which shows one of Fin DAC’s Asian girls sunning herself in a parkland space nestled between Zeus' high rise buildings of New York which cleverly spell out the word ‘life’. As is the norm with Fin DAC’s ‘hidden beauty’ series of works, he has kept the exact location of the work top secret.