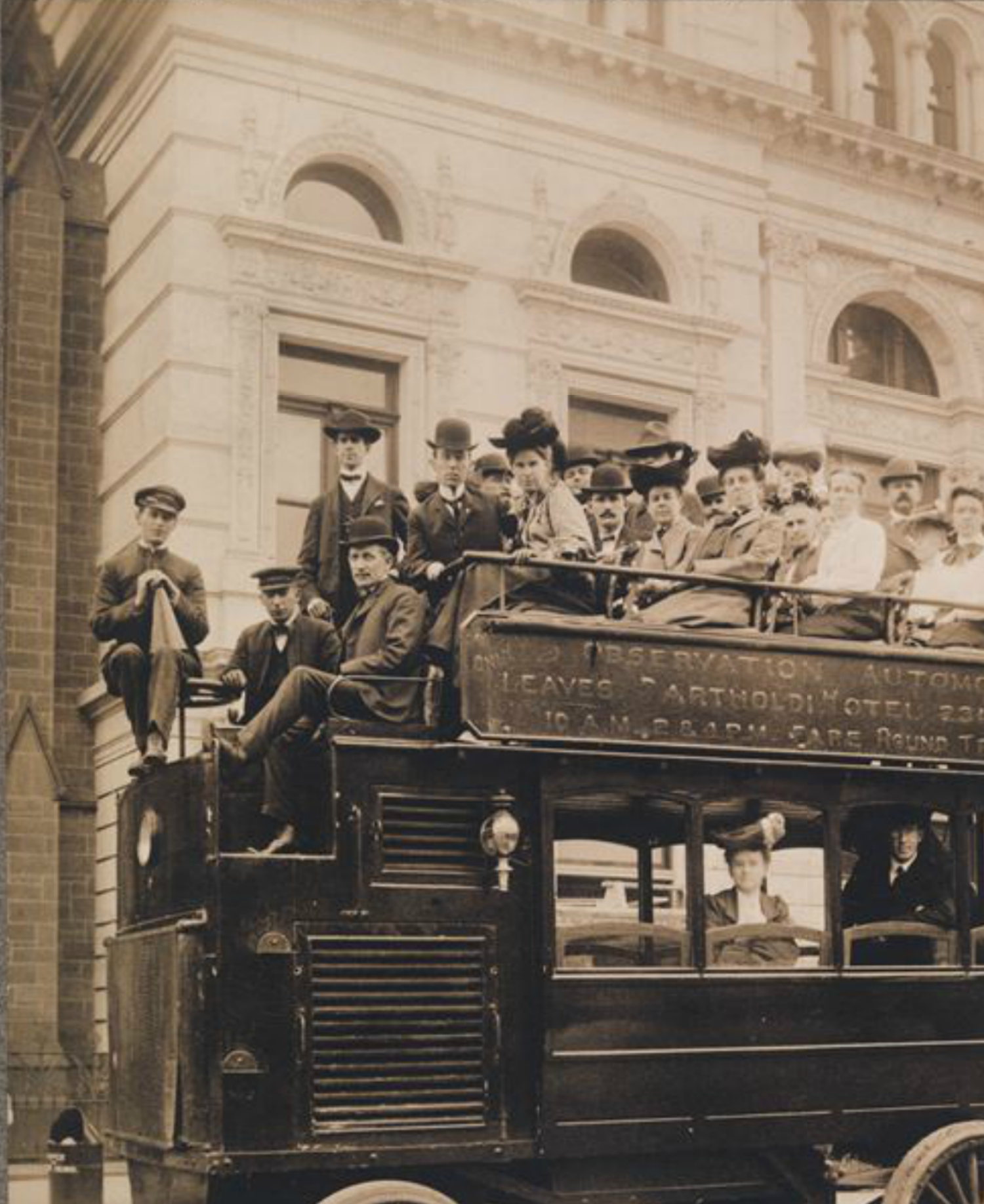 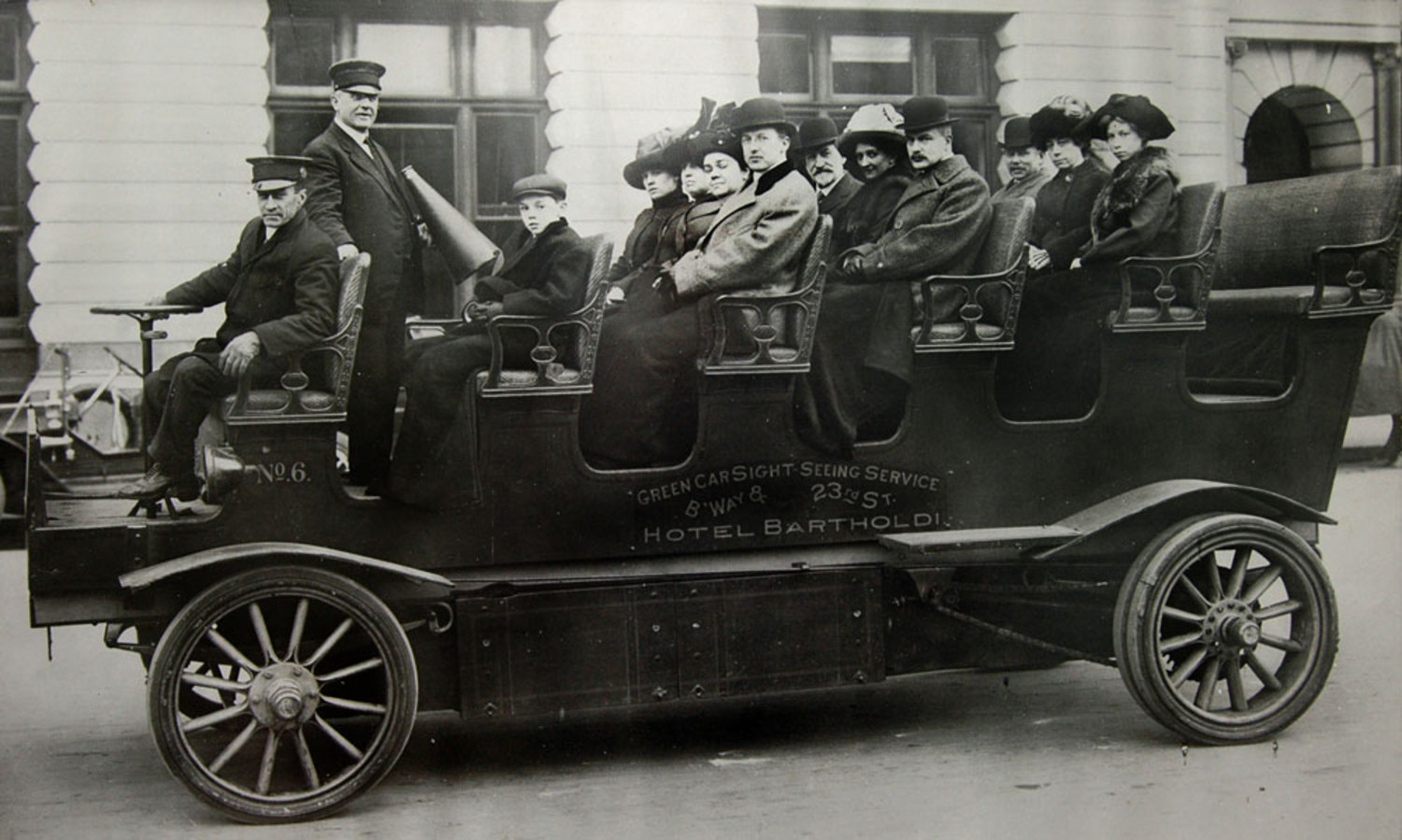 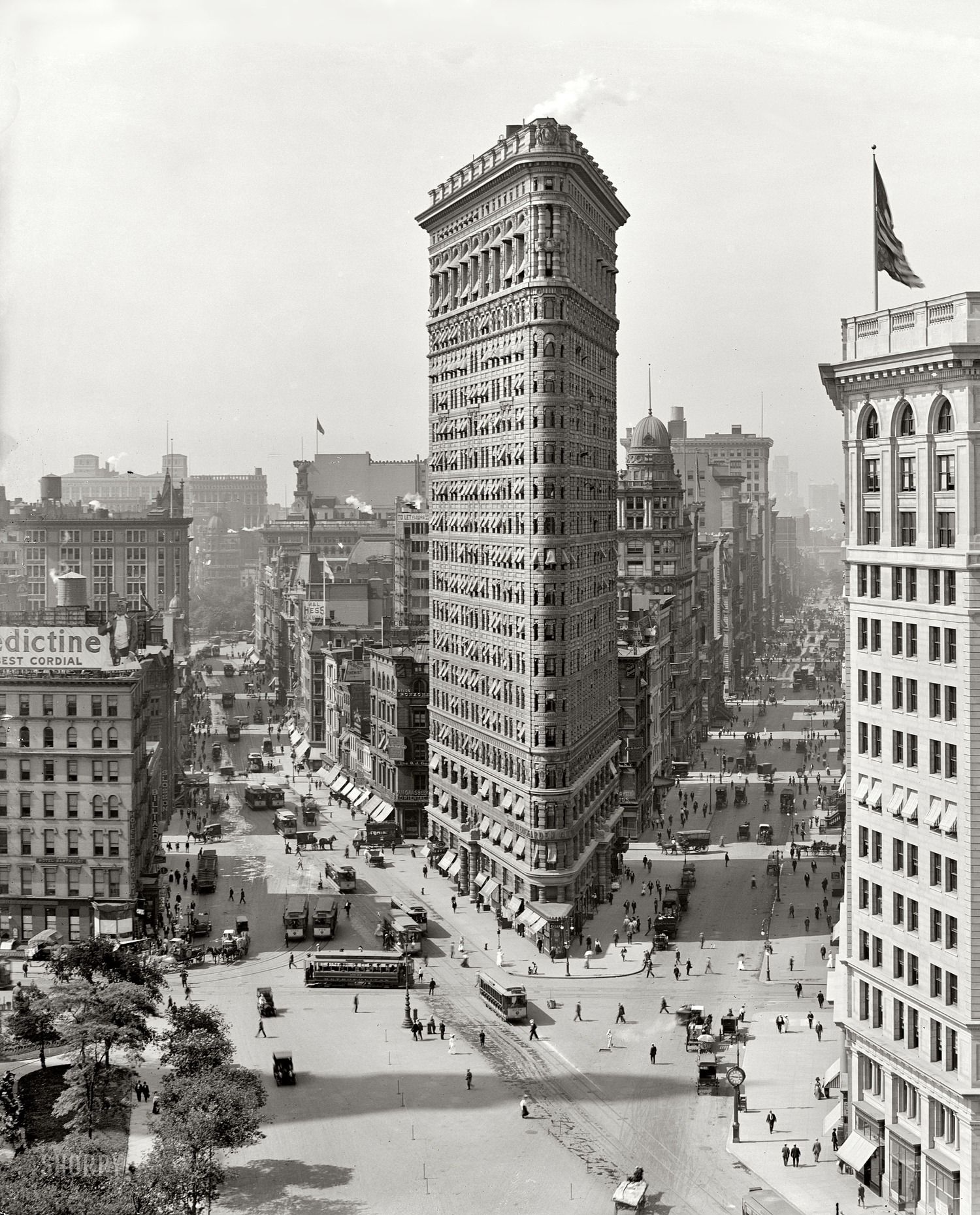 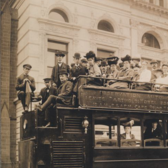 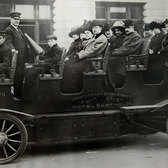 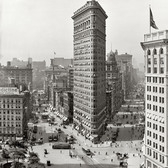 As much as we love to hate tourists, New Yorkers have always enjoyed looking at photos of them looking silly. Here is a century-old photo from the Museum of the City of New York that dates back to September 30, 1904 and has a group of tourists looking rather gloom on an "observation automobile", known now as a "double decker bus".

The second photo was taken around the same time period, but is setup more like a roller coaster car with 4 tourists sitting side-by-side, all in a row, and equally ridiculous.

From the markings on the side of the vehicles, it appears that these tourist-mobiles were owned and operated by the Bartholdi Hotel (third photo, left edge) which used to own the space across the street from the Flatiron building, on the south-east corner of 23rd and Broadway. The hotel seems to have shut down a mere 8 years after this photo was taken, but they will be remembered fondly for these tourist automobiles and their oysters.

Peek Behind the Scenes at Grand Central Terminal