It was crucial that our New York Mets won Game 3 of the World Series last night against the Kansas City Royals. A loss would have us down 3-0 and made winning the series highly improbable, but a win, oh a sweet win, would put the series at 2-1 headed into another home game where we would have the momentum to tie the series in Game 4.

For most of a decade, David Wright waited to reach this stage. For most of his life, he openly dreamed about it. He was not about to let the Mets fade away from this World Series without a fight. Noah Syndergaard gave the Mets exactly what they needed -- a quality performance from one of their ace young right-handed starters in a 9-3 win in Game 3 of the World Series at Citi Field on Friday night.

This seems close to what Curtis Granderson had in mind when he swapped boroughs almost two years ago, quipping that he'd heard that "true New Yorkers are Mets fans" while envisioning the turnaround of a franchise that hadn't enjoyed much to cheer about of late. Wright homered and drove in four runs on Friday night in Game 3 of the World Series, leading the Mets to a 9-3 victory at Citi Field that sliced the Royals' lead in the best-of-seven Series to 2-1.

Our Mets won 9-3 for the much needed win. 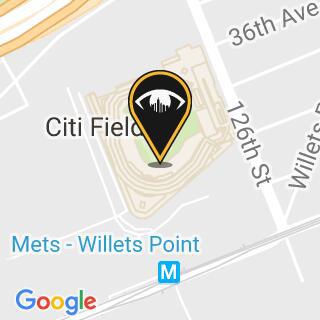