The City of New York has finally made good on its 11-year-old promise to expand Williamburg's Bushwick Inlet Park from a paltry 5-acres to an expansive 28-acres by purchasing the land occupied by a warehouse next door for $160 million.

The parcel in question is the 11-acre CitiStorage storage facility, which was ravaged by a seven-alarm fire back in 2015. The site’s owner had been demanding up to $250 million for the land, and there were rumors the city would use eminent domain, though that appears to not have happened. “Today’s acquisition is proof positive that we keep our promises,” said Mayor de Blasio in a press release. “We are one step closer to realizing the vision of the completed Bushwick Inlet Park North Brooklyn deserves.”

via The Architect's Newspaper 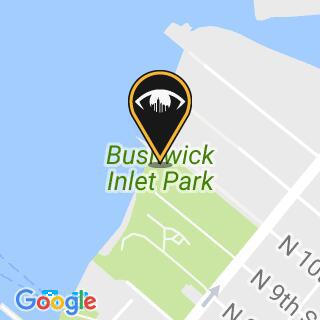 WildlifeNYC, a City Initiative to Teach New Yorkers How to Interact With Urban Wildlife