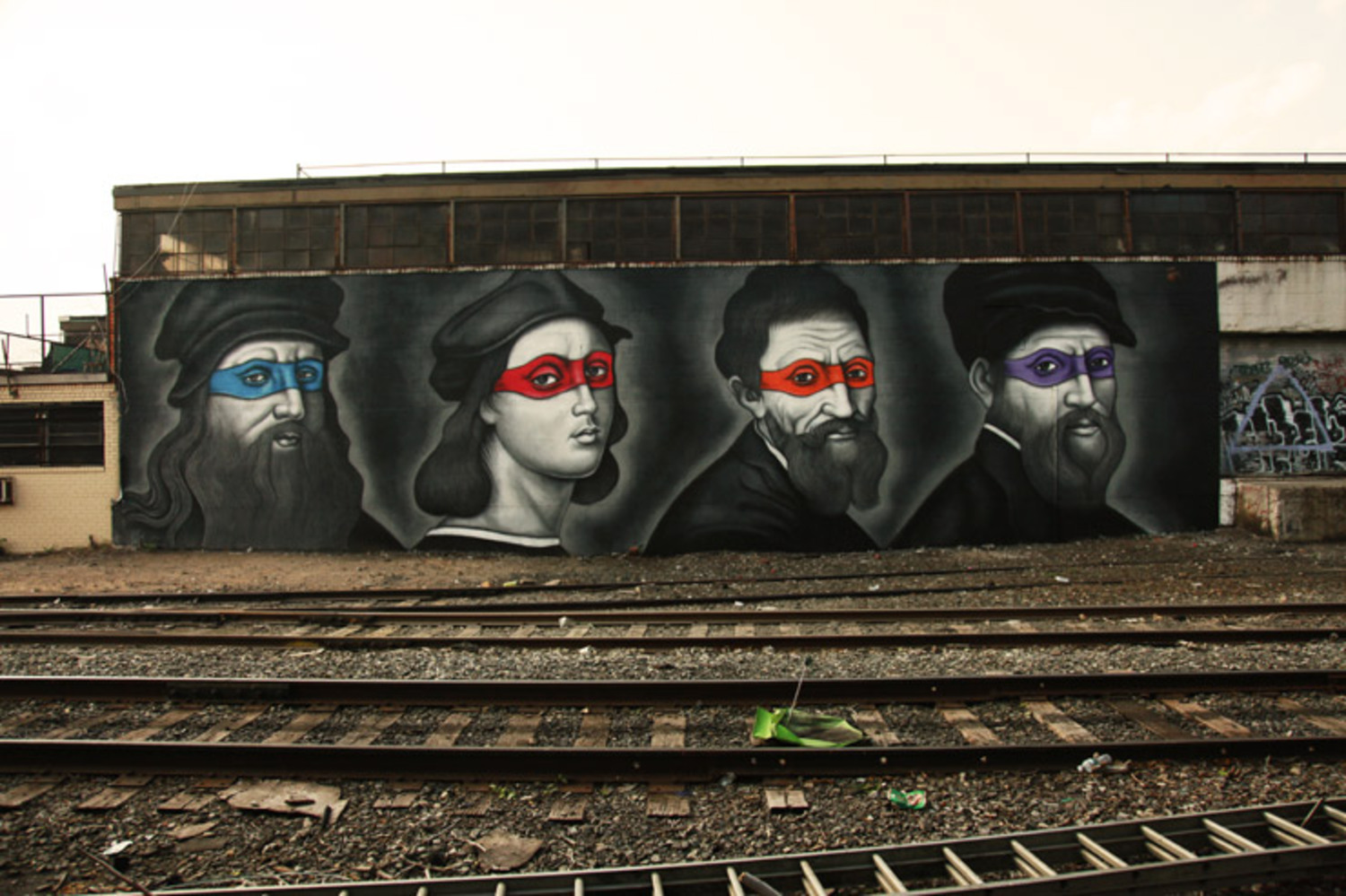 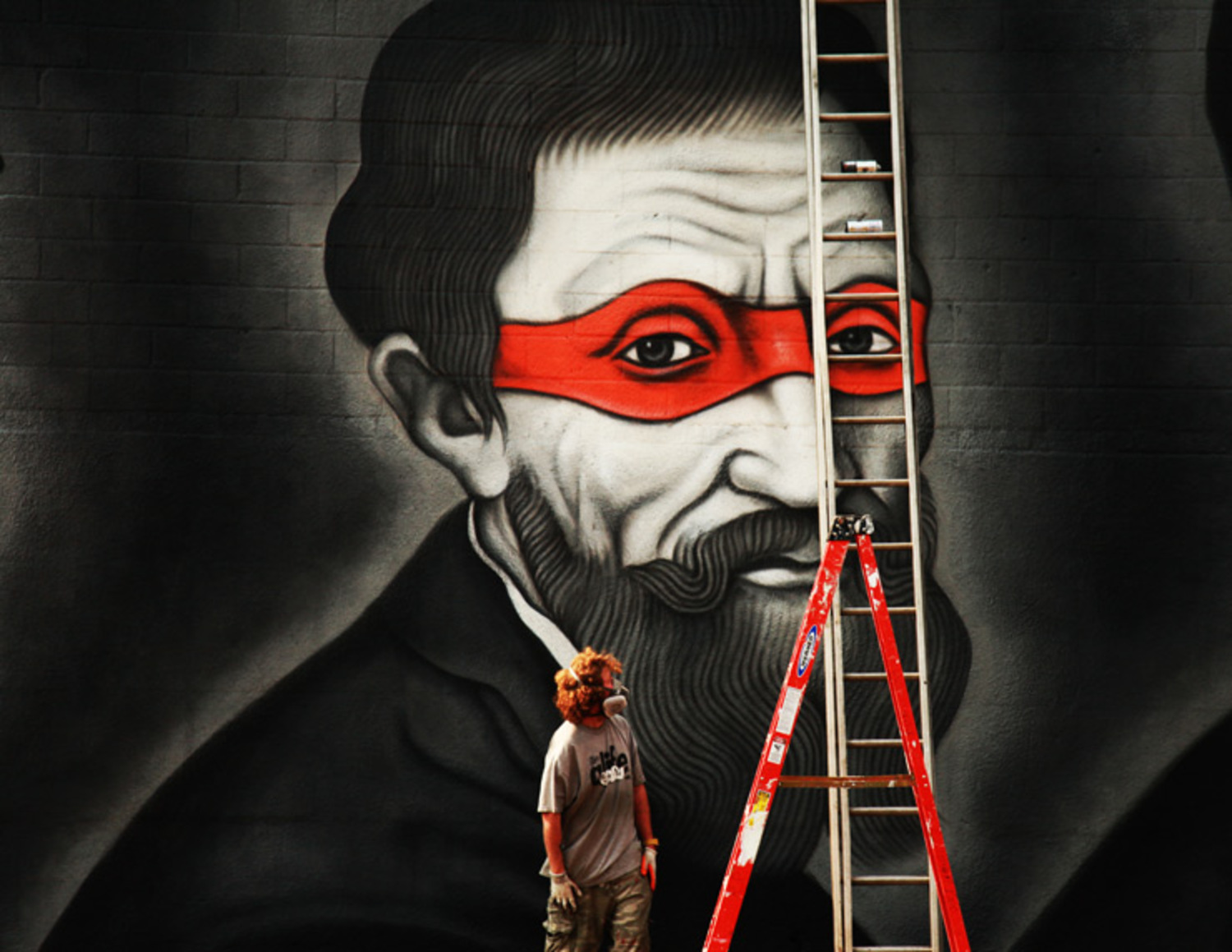 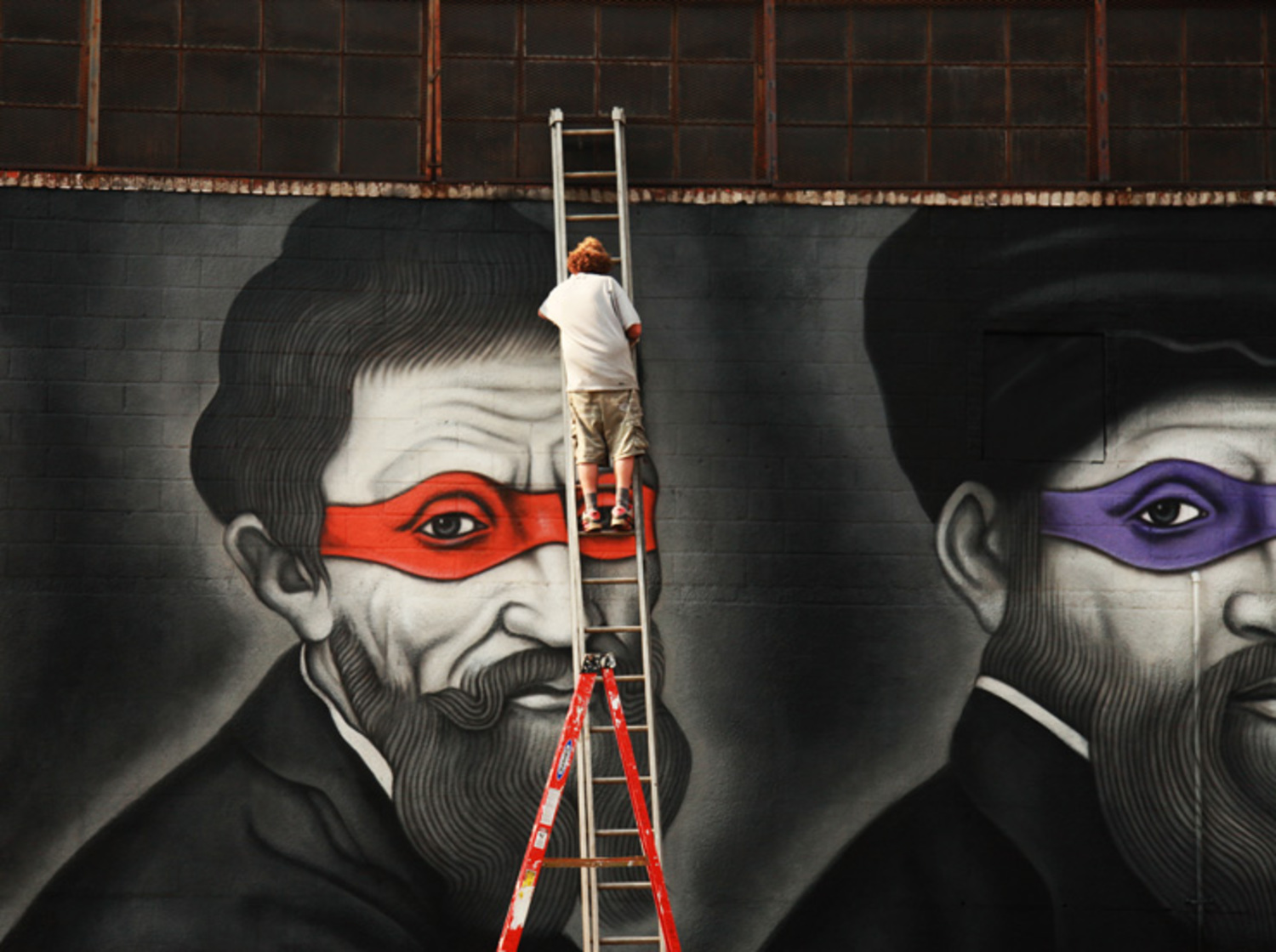 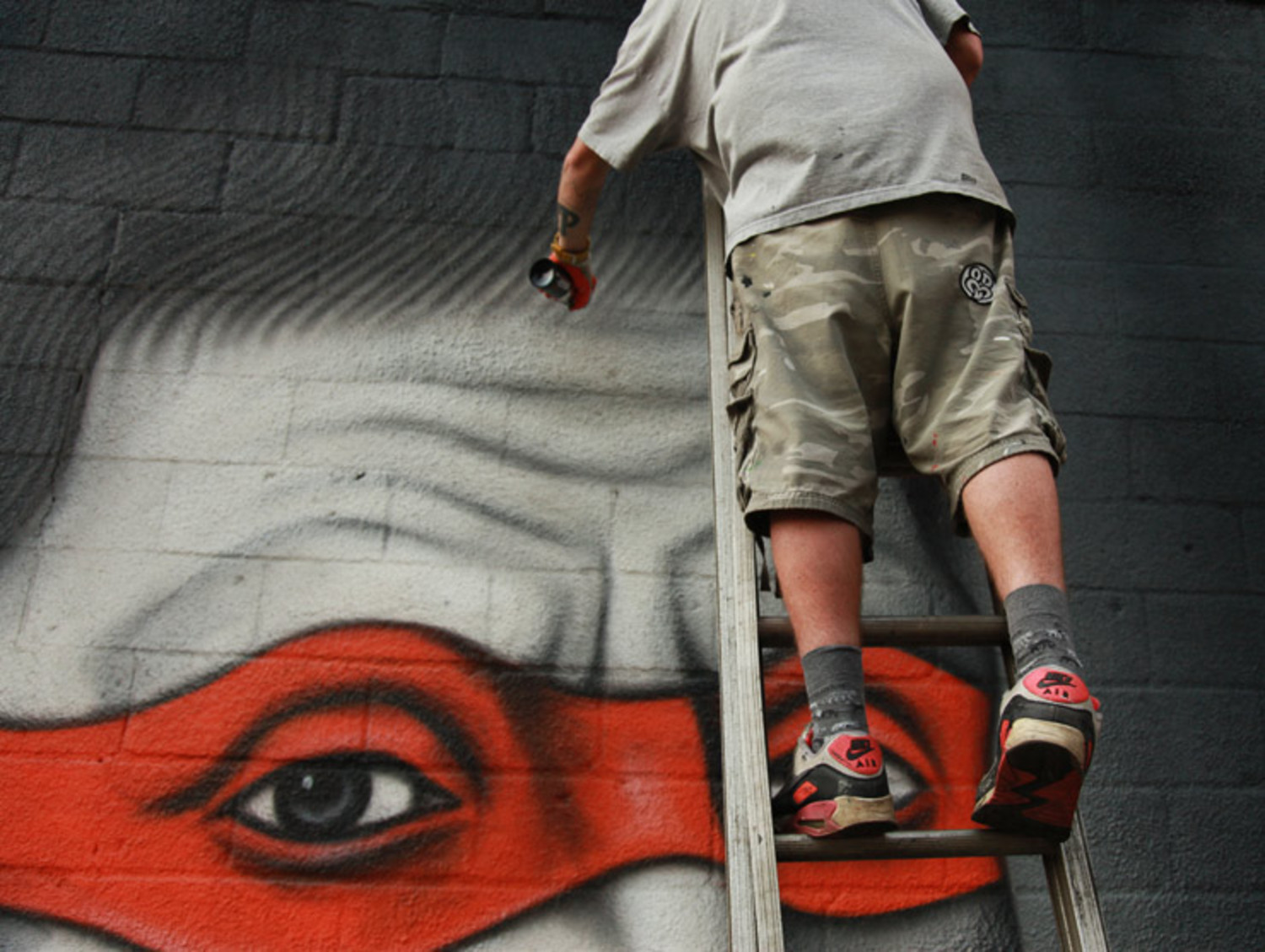 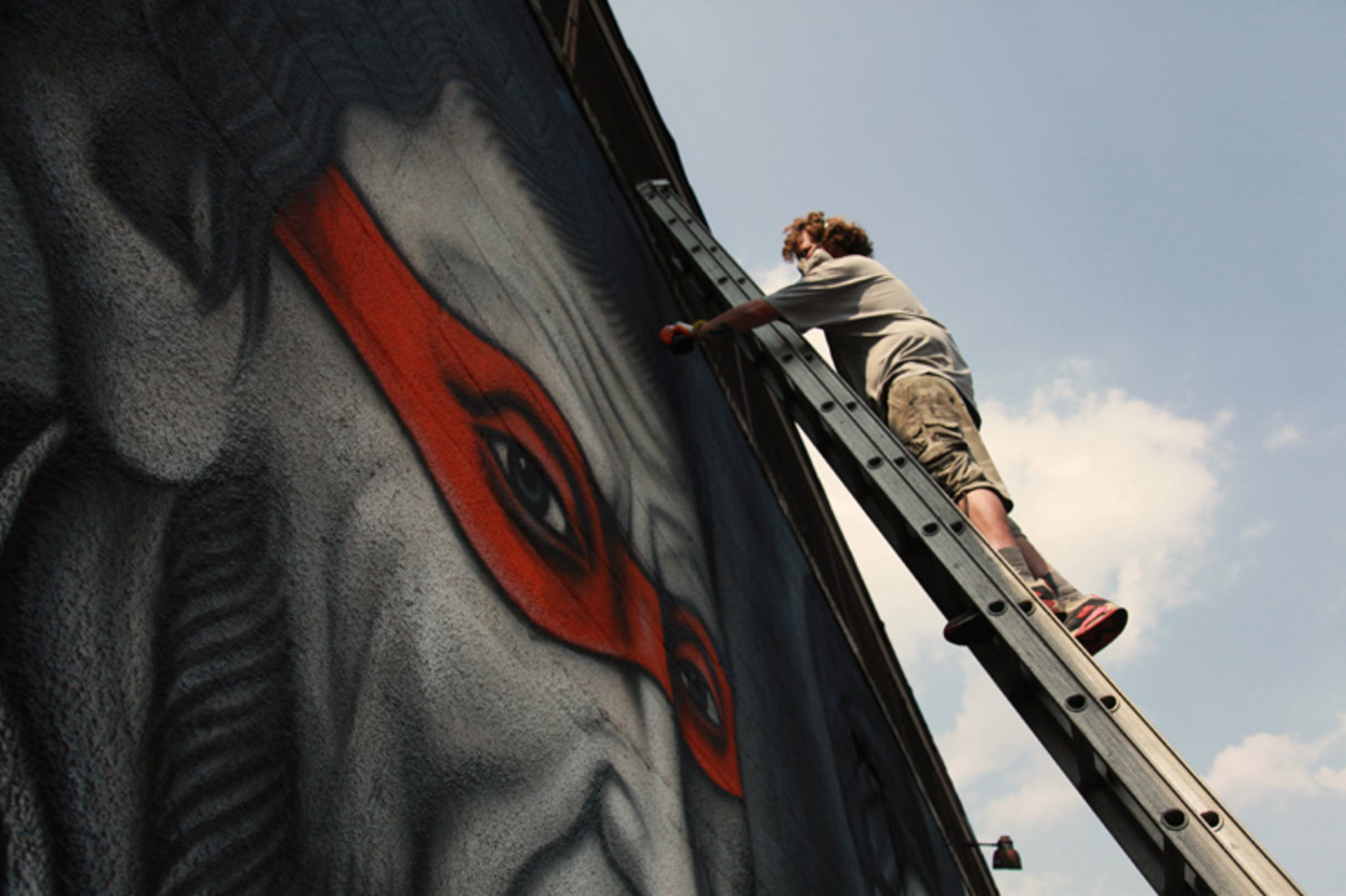 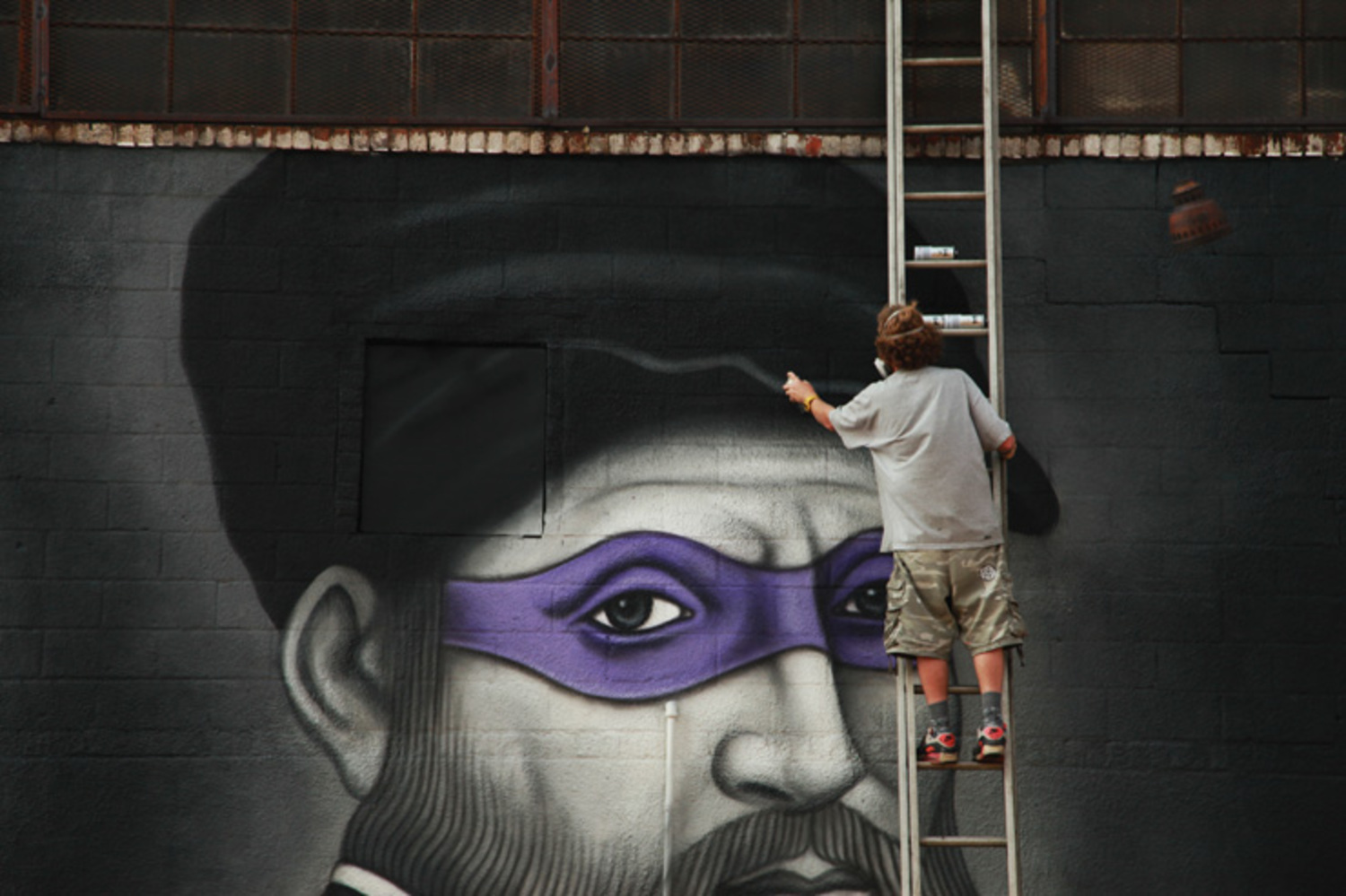 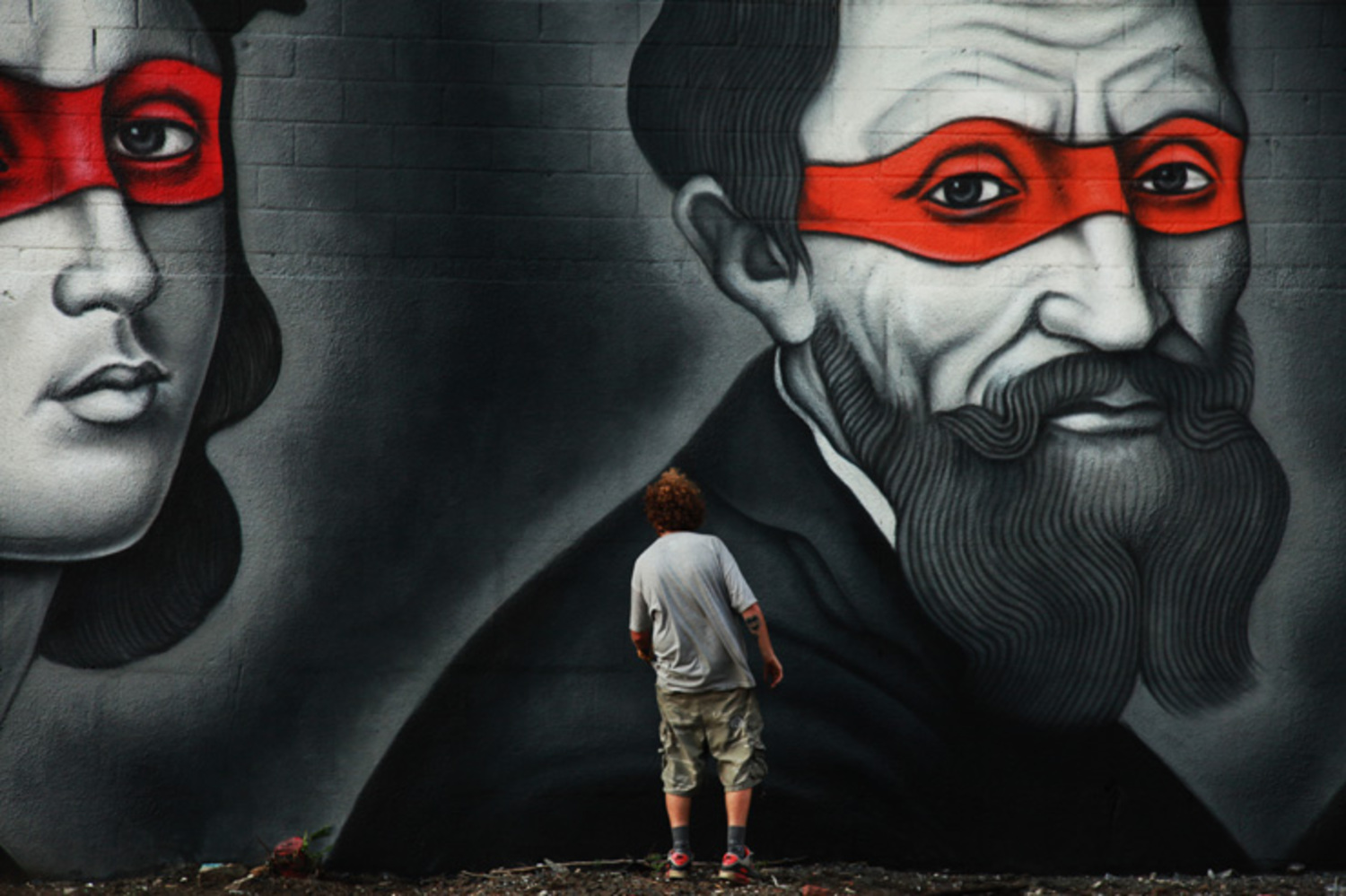 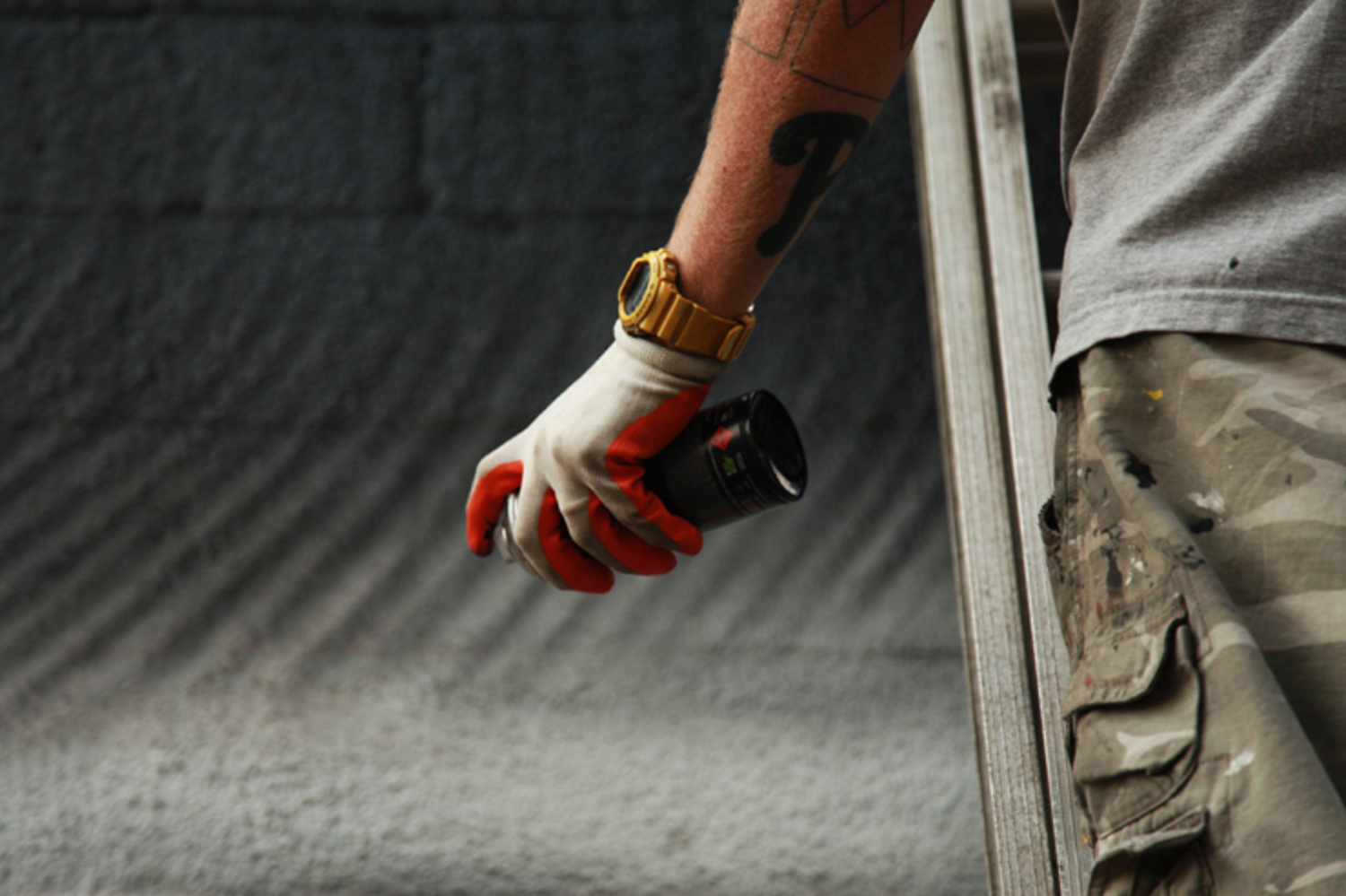 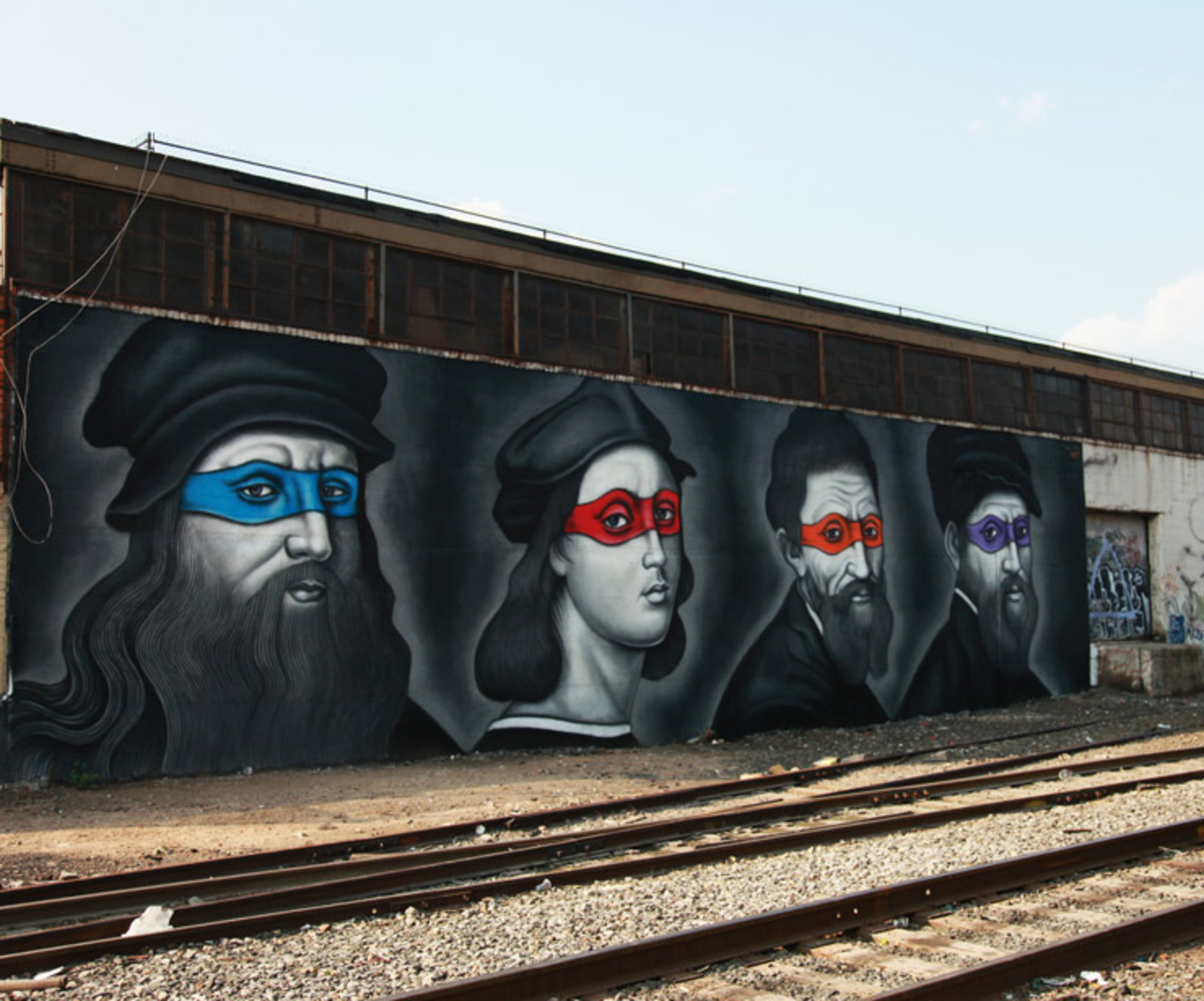 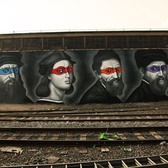 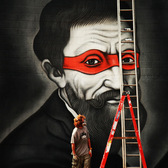 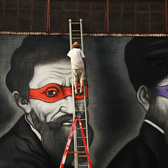 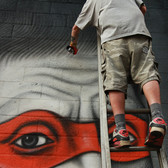 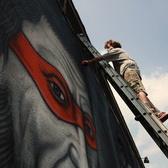 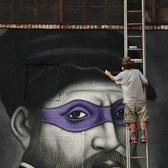 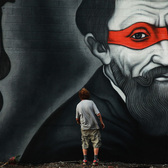 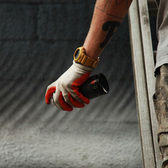 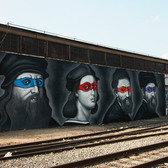 While in the City for a bit, the artist decided to adorn a wall near some Brooklyn railroad tracks with a huge mural combining two of his favorite things; Teenage Mutant Ninja Turtles, and the 4 Renaissance masters they were named after: Leonardo, Michelangelo, Donatello, and Raphael.

Here we see that Shinobi Dippie has just scaled these walls with Leonardo, Raphael, Michelangelo, and Donatello – not the turtles, but the Renaissance painters. A child of the 1980s and 90s in New Zealand, Owen loves the teenage mutants as well, so why not combine the Renaissance with modern cartoon crime fighters?