A new immersive theater production is hitting the West Village, placing you smack in the middle of the Sweeney Todd pie shop! The off-broadway production got its start in London in an actual pie "shoppe", but quickly outgrew the space as popularity soared. Moving to New York City, the shop now takes place in a replica pie shop within the Barrow Street Theater, where you can enjoy dinner and the show.

In 2015, an intrepid group of actors performed a production of Stephen Sondheim and Hugh Wheeler's iconic musical ''Sweeney Todd'' in a pie shop in the London suburb of Tooting. With stage vets Jeremy Secomb and Siobhán McCarthy heading the company as Sweeney and Mrs. Lovett, the work received so much acclaim — including from Sondheim himself — that it transferred to a larger venue in London's West End. Now, "Pie-shop ''Sweeney''" is coming to New York's Barrow Street Theater, with a company that blends Secomb, McCarthy, and other members of the original company with New York stage favorites Brad Oscar, Betsy Morgan, and Matt Doyle. And there's pie to be had, too.

Tickets start at just $69. Check out the production page for showtimes, tickets and more information on Sweeney Todd. 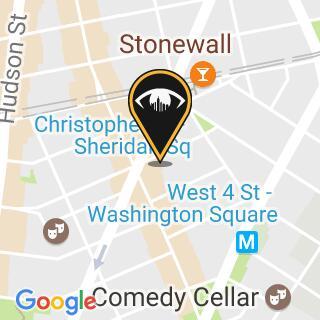 [VIDEO] Here's What it Takes to Audition for a Broadway Musical