The Blowing Bowler is a cute animated video created by RedNoseStudio for the MTA Arts & Design department that features a man chasing after his hat as it blows past different decades of subway car designs.

The video is being shown on the 52 large LED screens at Fulton Center for 2 minutes at the top of every hour. 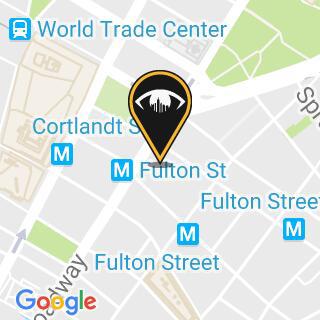 This MTA Museum Exhibit Doesn't Contain What You Think It Does

[VIDEO] Behind The Experience: One World Observatory