After an exhausting game of football in Prospect Park, a group of buddies and I found ourselves outside at Prospect Heights restaurant Morgan's Barbecue, a perfect spot for a low-key brunch on a sunny Sunday afternoon.

The picnic table style seating made for easy conversation with our large group, though not the most comfortable seats in the world. Place settings include paper plates and paper towels, and beers are served in wide-top mason jars.

It took a long while for us to get our order placed, but not because the waitstaff was not attentive, rather there is a plethora of amazing items on the menu which I have to narrow down from my initial "short list" of 10. There was chicken, eggs, mac & cheese and many and other items on the men, yet all of our group selections revolved around the fatty brisket. I decided on the Brisket Tacos (3 for $11) with a fresh biscuit on the side. And of course beer, we had lots of beer.

Food portioning was a bit on the smaller side, but average for a trendy BK spot like this. The fatty brisket was amazing in the tacos, lending its slow-cooked juices to the rest of the standard cali-style taco ingredients to make an amazing complimentary pairing that provided good contrast in both flavor and consistency. Biscuits are perfectly crunchy on the outside and moist, tender and flaky on the inside. Served with jam, it was a perfect compliment to my brunch tacos and beer.

Other members of our party had the famous Morgan's Hash which includes bits of brisket throughout and a ton of delicious sauce, a Brisket sandwich, some chili, and of course, more beers. There were no complaints throughout.

If you like brisket, you should head to Morgan's Barbecue and sit outside any time the weather is nice. 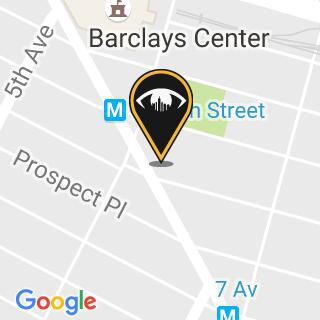 This Interactive Map Shows All of Brooklyn's Best BBQ Joints