Lawrence Brownlee is one of the best opera singers in the world, recently nominated for "Male Singer of the Year" by the International Opera Awards.

In this video from NPR, watch as the accomplished singer belts out a powerful aria in the hidden crypt of Harlem's Church of the Intercession.

A crypt, they thought, would be an appropriate setting to perform their version of the song. So we took our cameras and microphones — and a lovely piano — deep into the active crypt below the historic Church of the Intercession in Harlem. The 1915 structure at 155th Street and Broadway is a New York City landmark and a dramatic setting for occasional concerts, including a December 2015 recital by Brownlee. 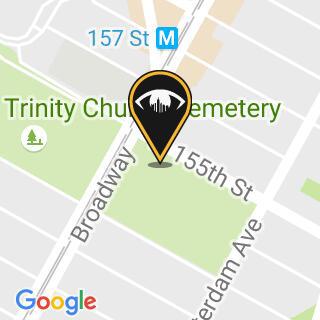 Church of the Intercession