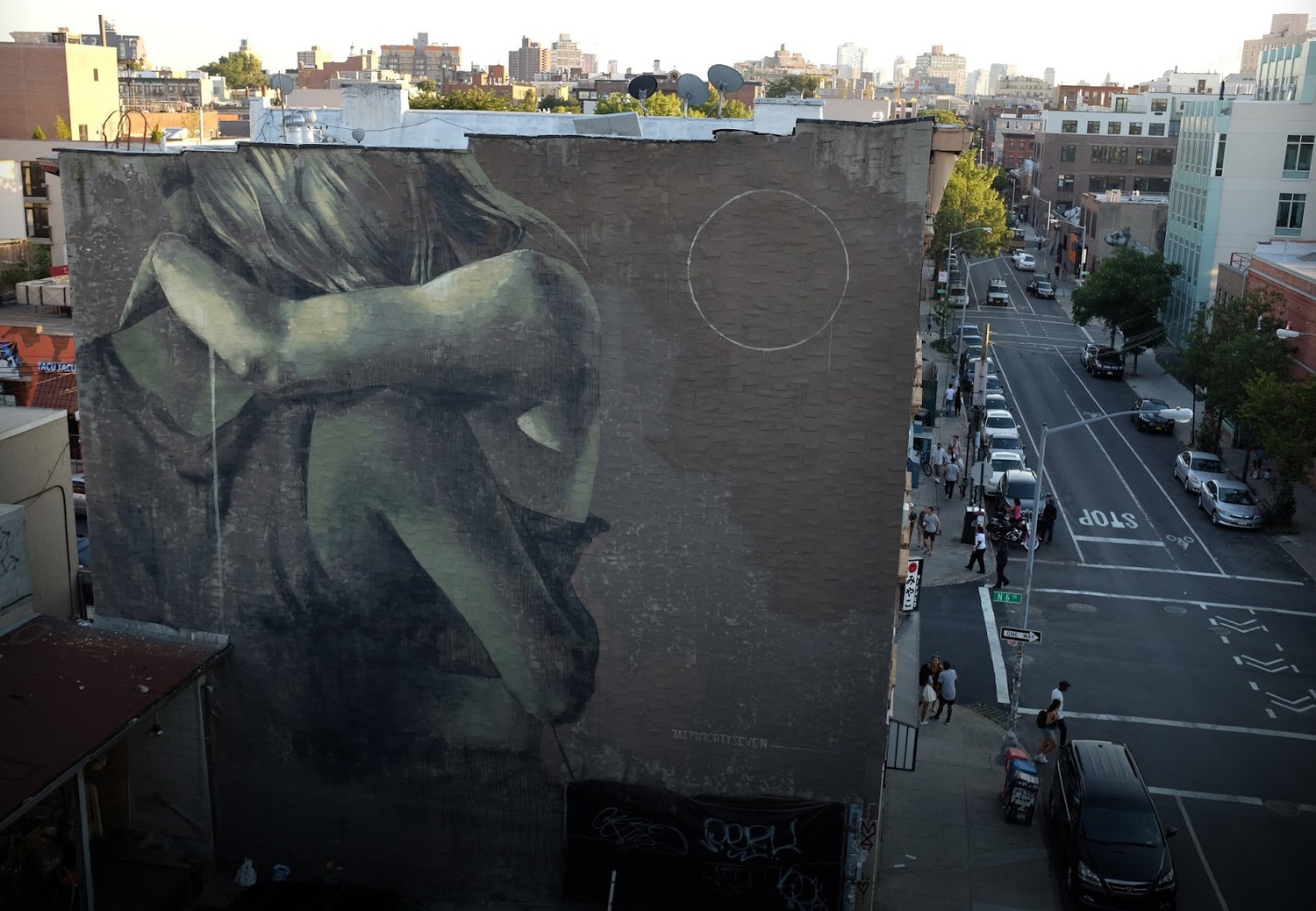 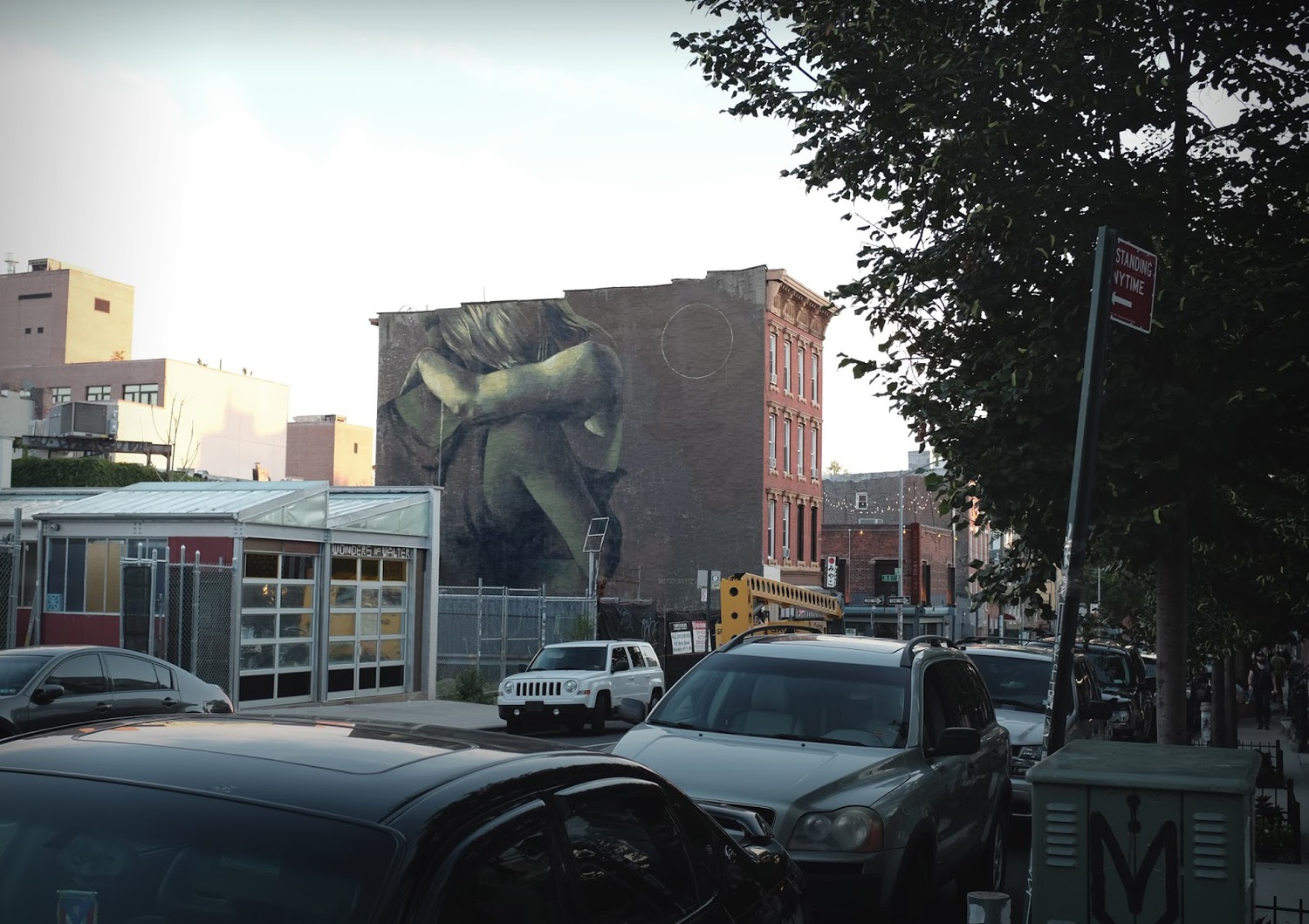 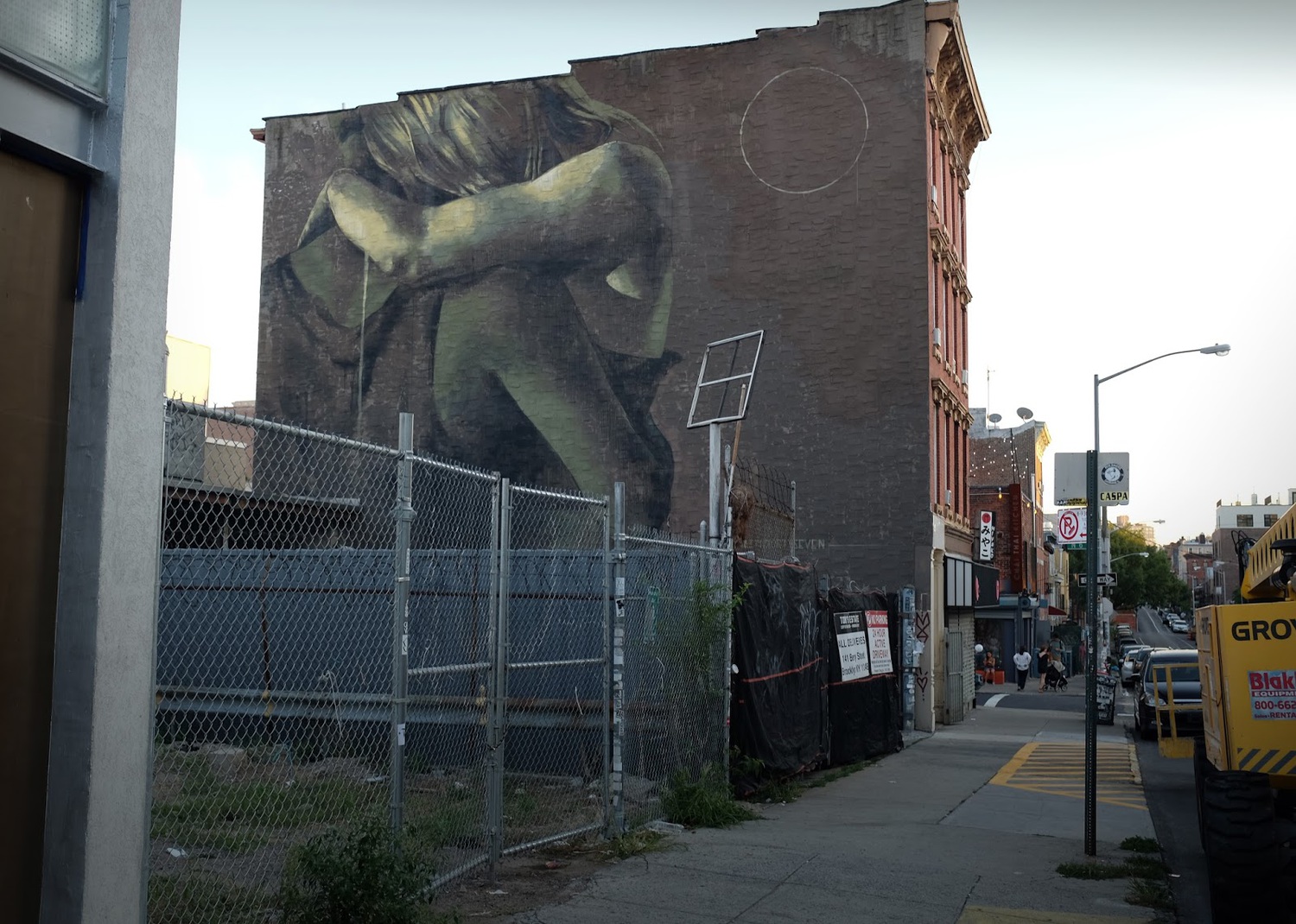 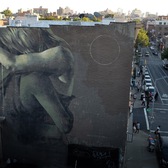 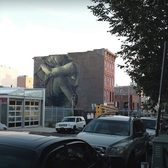 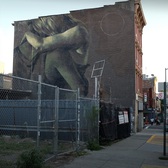 South African street artist Faith47 (previously) is back in the City for a bit and just put up a beautiful new mural in Williamsburg titled "Lay Your Weapons Down."

Here is what the artist says about the piece:

The mural speaks to the notion of home not being a place, but a feeling of human interconnectedness. Reflecting on the profound nature of connectedness between people; the fragility of human emotion and the power of touch. The breaking down of race; as well as the abandonment of violent behavior, instead finding strength within our vulnerability.