Go off the beaten path from Museum Mile and enjoy a focused and iconic art viewing experience within one of New York’s most unique art buildings. In the striking Bauhaus shell of the former Whitney Art Museum, the (brand new) Met Breuer opened its doors in March of 2016. On July 12 (just yesterday!), The Met Breuer opened its landmark exhibit of Diane Arbus’s early photography (from 1956-1962). The exhibit is entitled diane arbus: in the beginning and will remain open until November 27, 2016.

For those unfamiliar, Arbus is the original Humans of New York photographer who took an interest in capturing intimate portraiture on the streets of New York that is full of narrative, scandal, and personality. The exhibit contains over 100 photographs of single subjects, each on its own standalone column. Without a clear beginning, end, or sequence to the viewing experience, visitors are invited to wander to each photograph and view it intimately, much as Arbus the photographer might have viewed each subject.

Some highlights included the horrifying Child with Toy Hand Grenade in Central Park (1962), as well as the many carnivalesque and burlesque performers whom she captured in dressing rooms, and sometimes still in costume. The general sense, upon viewing an early Arbus photo, is the raw, momentary exchange between the photographer and her subject. Viewing these photographs demands putting all notions of bias aside--and just seeing people as they are.

After wandering through the 100 or so photographs, the viewer is invited to skip forward in time to some of Arbus's most renowned photographs--nine of the ten photos from the "Box of Ten Photographs" exhibit. A favorite was Identical twins, Roselle, N.J., 1967

The ongoing and inaugural exhibit at the Breuer, Unfinished: Thoughts LeftVisible, on the 3rd and 4th floors of the museum, is worth checking out, too. Drawing on a robust historical array of works from the Renaissance through the present, this exhibit showcases the strength of the Met’s collection while also asking its viewers to wonder about the nature of unfinished art (both intentionally and unintentionally).

The Met Breuer is located on the corner of Madison Ave. and 75th Street, just steps from Museum Mile and the central Metropolitan Museum of Art. Just like its flagship institution, the Met Breuer only asks for a “recommended” admission fee (I paid $5). 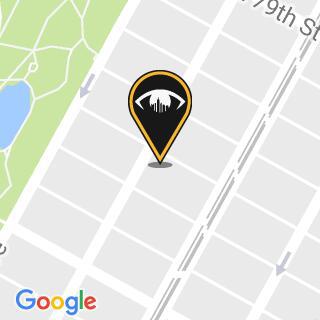 Here's Where All the Baby Boomers Live in New York City