A new rendering of the observation deck that will sit at the 75th floor of the Hudson Yards' tallest tower, 30 Hudson Yards. It will, as previously reported, be the highest observation deck in the city at 1,100 feet, topping the Empire State Building's deck by 50 feet.

And if standing 1,100 feet off the ground in the open air isn't scary enough, the deck will also be connected in some way to a mysterious "thrill seeking element," the details of which have still not been revealed. 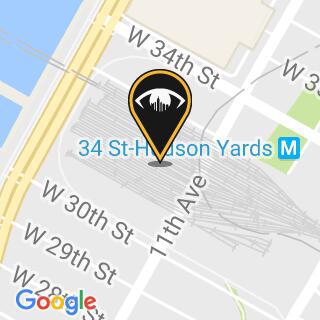