Located on the southwest corner of 7th Avenue and Christopher Street, Hess Triangle is a tiny patch of land hidden in plain sight in Manhattan's West Village neighborhood.

Back in the 1910s, New York City wanted to widen 7th Avenue and expand the subway, so they purchased or seized blocks worth of property along this stretch of 7th Ave. The Hess Estate owned the corner lot and resisted the City for as long as they could, but eventually, the City seized the property through eminent domain laws.

When the City surveyed the plot however, they missed a tiny triangle of land about 500-square-inches worth. Embarrassed by their mistake, the City asked the Hess Estate to donate the land back to the City, but the bitter family had other ideas. They ended up converting the triangle into a mosaic tile plaque into a triumphant display of civil disobedience. The plaque reads:

"Property of the Hess Estate which has never been dedicated for public purposes." 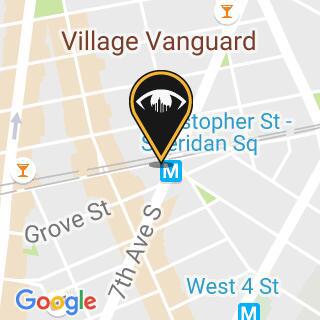