The U.S. Open is one of the biggest tennis tournaments in the world, and it happens right here in our backyard at the USTA Billie Jean King National Tennis Center in Flushing Meadows - Corona Park. Each year, 500 people try out for one of 80 spots on the court, but not as a player. In this video from CorporateProfile, watch as host Annamaria Stewart goes through tryouts to become a ballperson in the U.S. Open.

Every year crowds flock to the USTA Billie Jean King National Tennis Center to attend the US Open. But months before the players arrive nearly 500 people swarm the courts vying for only 80 coveted spots as one of the tournament’s official ballpersons. After some inside tips from the Director of US Open Ballpersons, Tina Taps, host Annamaria Stewart goes through the rigorous tryout process with Cathie Delaney, Assistant Director of US Open Ballpersons, to see if she has what it takes to be a ballperson at the US Open. 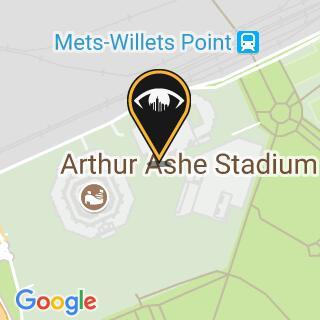