One of the Park's most picturesque landscapes, the reservoir is 40 feet deep and holds a billion gallons of water. It was built in the 1860s as a temporary water supply for New York City, while the Croton Water system was shut down for repairs two weeks each year. At the time, it was unthinkable that a billion gallons of water would last less than two weeks. Today, some speculate that the City would go through that supply in just four hours. The reservoir was decommissioned in 1993, deemed obsolete because of the Third Water Tunnel.

Check out Manthei's website for more of his work. 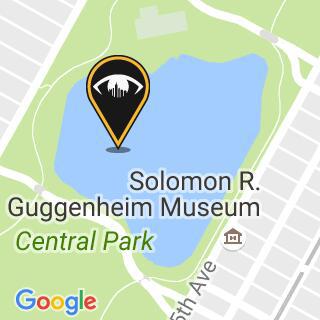