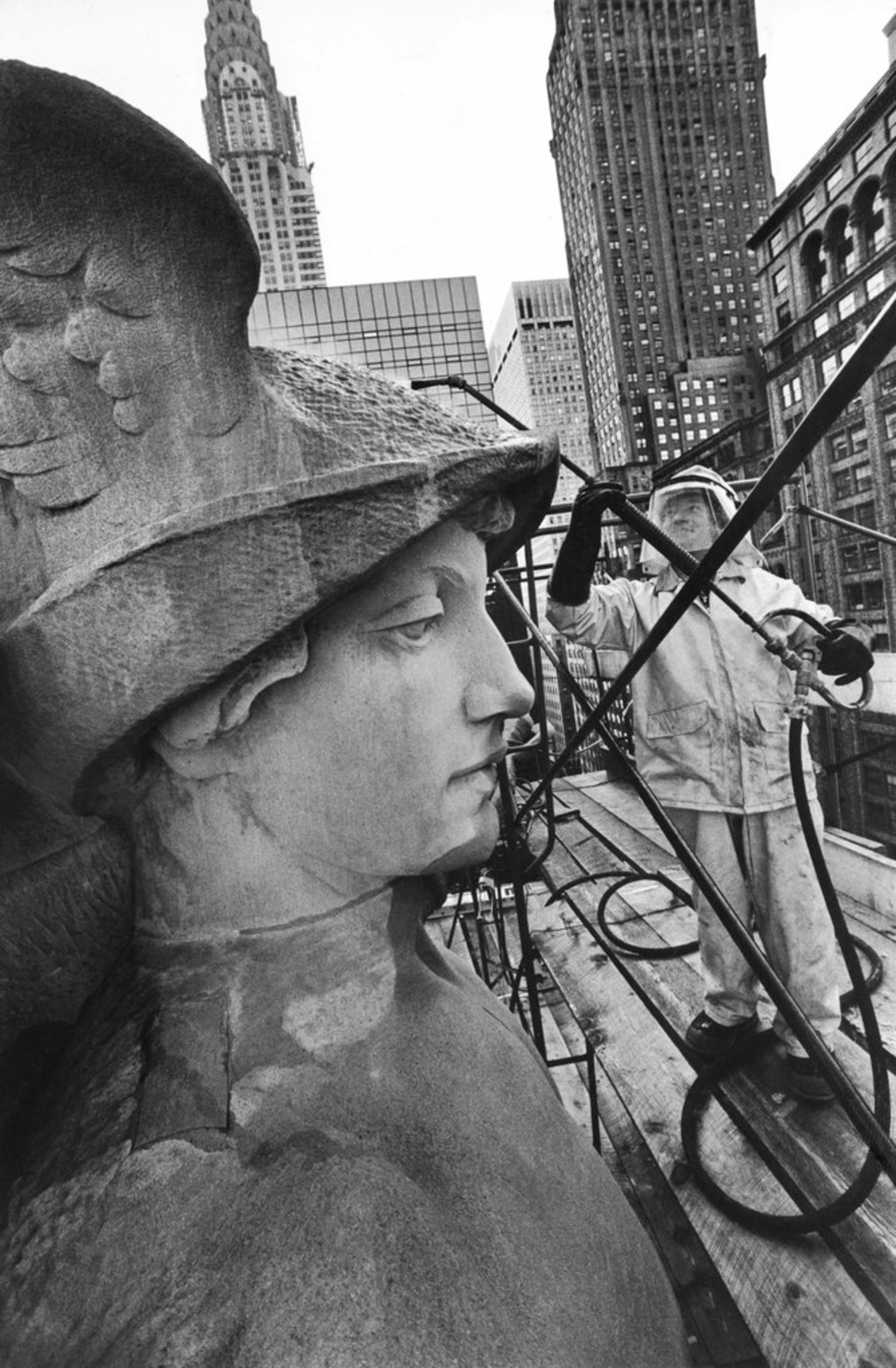 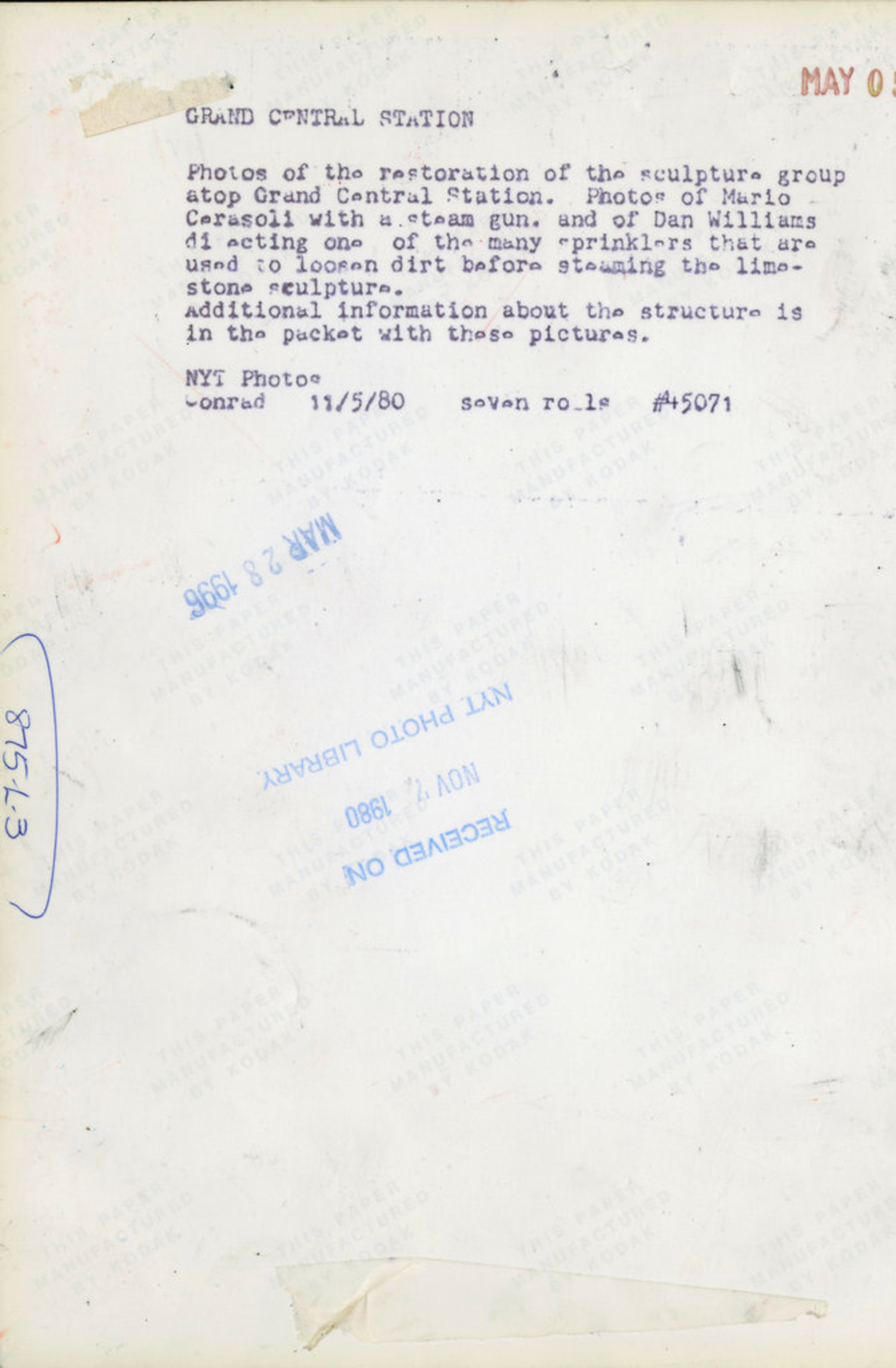 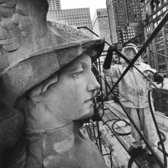 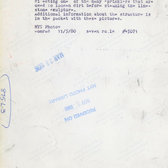 Nov. 5, 1980: A Grand Central Terminal bust receives a facelift of sorts, as workers remove dirt with sprinklers and steam.