The Intrepid Sea, Air and Space Museum is one of the coolest museums in New York City. Housed on a decommissioned aircraft carrier, the Intrepid hosts a massive collection of war memorabilia and historic artifacts from several branches of the U.S. Military and even NASA. In this video from the City's official tourism bureau NYCGO, learn more about this impressive vessel.

It’s a museum—on an actual aircraft carrier! Climb aboard the Intrepid Sea, Air & Space Museum, one of NYC’s most intriguing attractions. 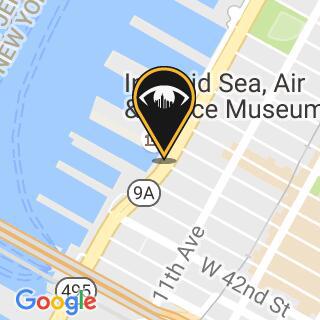 Learn About the USS Intrepid, One of New York City's Most Unique Tourist Attractions

[VIDEO] Inside the Intrepid Sea, Air and Space Museum