Tonight, December 2nd from 7pm to 9pm, midtown will be packed with people hoping to get a glimpse of the 83rd Annual Rockefeller Christmas Tree Lighting ceremony with all of its celebrity performers and musicians.

The Rockefeller Center Christmas Tree is a world-wide symbol of the holidays in New York City. The 2015 Rockefeller Center Christmas Tree will be lit for the first time on Wednesday, December 2, with live performances from 7–9pm, at Rockefeller Plaza, between West 48th and West 51st Streets and Fifth and Sixth Avenues. Tens of thousands will crowd the sidewalks for the event and hundreds of millions will watch it live across the globe. The Tree will remain lit and can be viewed until 8pm on January 6, 2016.

If you want to avoid the crowds, tune in on NBC to watch the ceremony live. 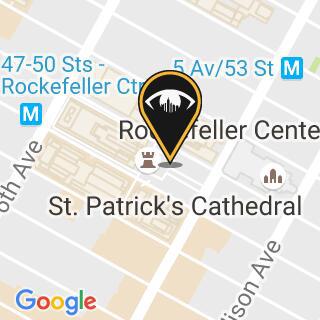