Yesterday, he did it again, only in the equally toxic Newtown Creek dividing Queens and Brooklyn.

"This is probably the worst swim I've ever done," admitted Swain, who swam the length of the Gowanus Canal this past October. "On the Gowanus, you get gas, oil, hydraulic fluid, stuff like that. Here you get smells you don't even know." Amid oil and chemical residue, Swain also encountered used condoms and "floating turds" on his journey, amenities he attributed to shared sewage and storm drain pipes in the Newtown Creek Wastewater Treatment Plant. The EPA has identified over 1,400 sites affected by fecal contamination, but Swain worries that current efforts to fix them up may fall short.

Hear more from Swain in this clip from video producer Jessica Leibowitz. 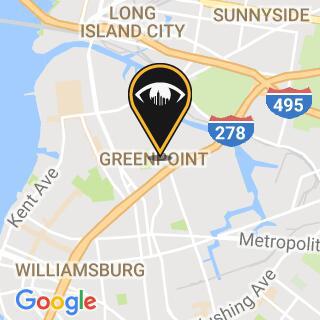