Chef Daniel Burns of Luksus in Greenpoint serves up Michelin-starred Scandinavian-influenced New American cuisine from a snug space at the rear of his also-excellent Tørst bar.

In this video from The Art of Plating, learn how the master chef applies mathematics to his plates in order to create a stunning display.

Cheerful and personable, chef Daniel Burns is one of the most down-to-earth people who brings warmth into any room. Watch as this Noma alumni, who initially pursued studies in mathematics, takes his innate number-centric precision and translates it into beautifully crafted dishes at his own Michelin starred restaurant, Luksus, NYC

via The Art of Plating 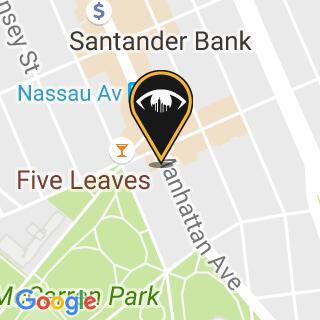