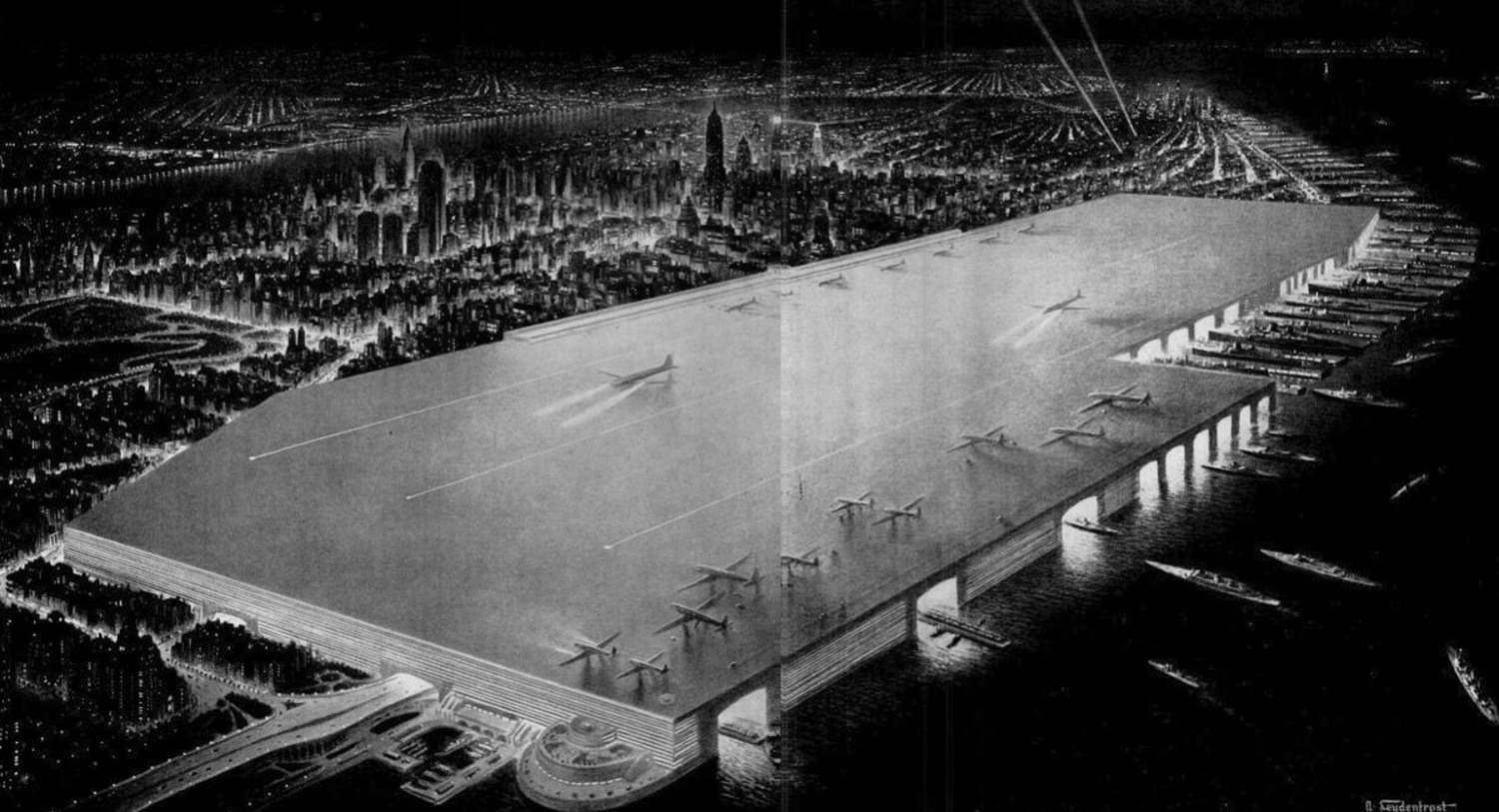 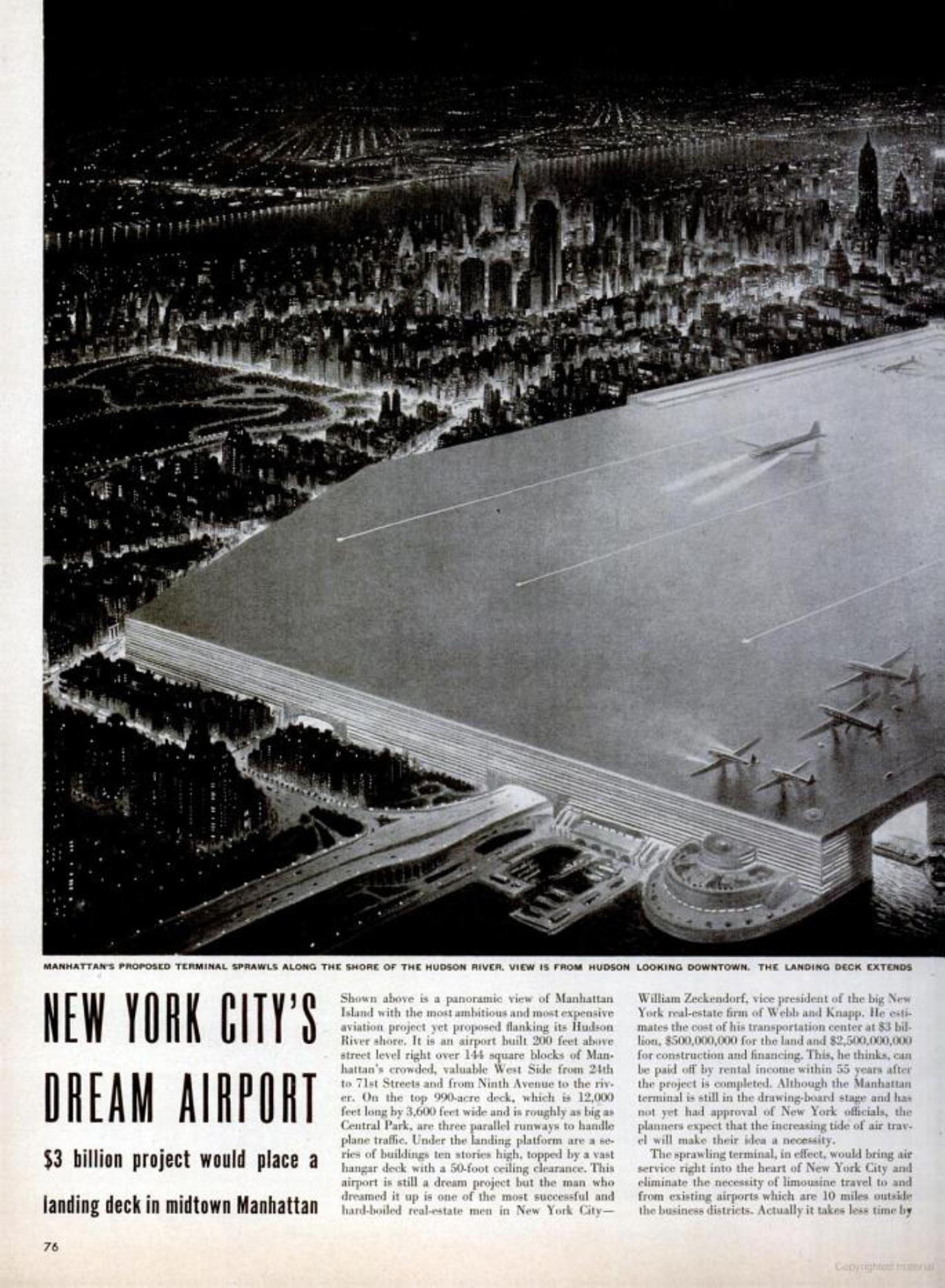 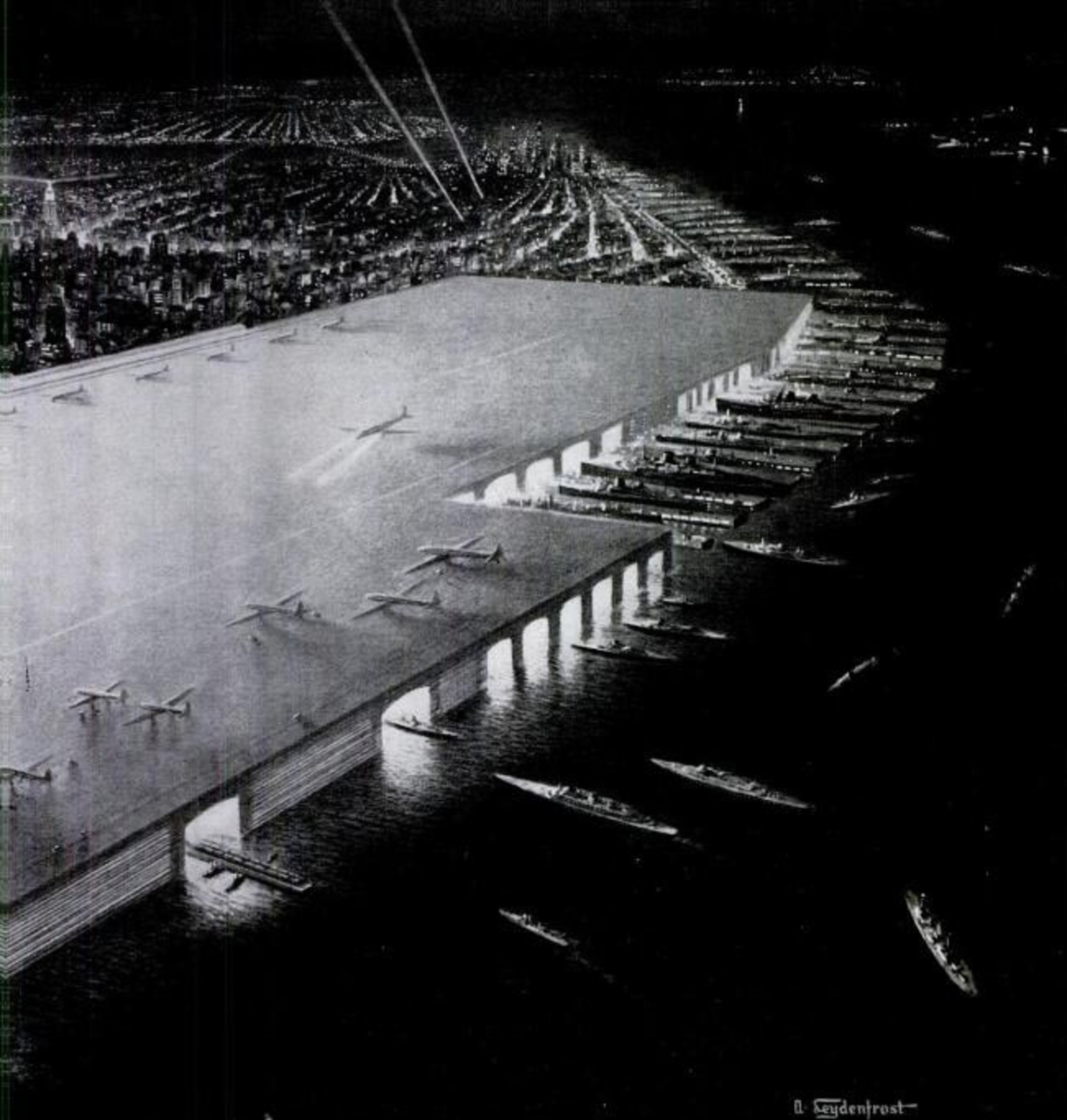 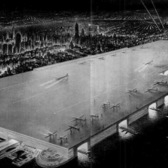 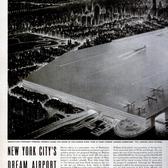 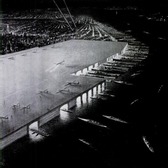 Everybody hates trekking out to La Guardia or JFK. It takes forever, there are limited transportation methods you can use to get there, and it is just the wrong way to start or end a trip.

Could air travel in NYC have been different?

According to a 1946 article in LIFE titled New York City's Dream Airport, plans to build a full sized rooftop airport over Chelsea, Hell's Kitchen and the Upper West Side, were revealed.

The 990-acre Manhattan Airport was the brainchild of real-estate mogul William Zeckendorf, who also owned the Chrysler Building and Astor Hotel. […] Zeckendorf's $3 billion project – an astronomical sum today, let alone in the 1940’s – would have stretched 144 blocks from 24th to 71st Streets and 9th Ave to the Hudson River at 200 feet above street level. The building below would have contained restaurants, business, waiting rooms and ticket offices, much like Port Authority or Penn Station do today.

Obviously it was never completed, but with all the Subway lines converging in Midtown, it sure would have cut down an airport commute from just about anywhere in the City.

These Never-Built Designs Would Have Drastically Changed New York City

Could This College Student's Plan Predict How New York Will Look in 2050?