Over the past three years, the southern third of Roosevelt Island—all area between the Queensboro Bridge and the Smallpox Hospital ruins—has been a massive construction zone. After a ton of work, the Cornell Tech Campus is nearly completed, and the school just released this interactive 360° aerial tour of the campus.

The Cornell Tech campus is a place for discovery, alive with debate, both intellectually and physically. The sustainable campus architecture isn't just a backdrop for what is going on inside the buildings. It is a model for innovation that inspires and keeps the campus' high aspirations on track.

Check out the interactive site to play around with it and learn all about what's new to the island. 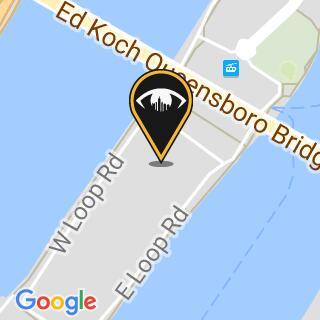 Check Out This Gorgeous Sunset Photograph over Roosevelt Island, East River and Manhattan