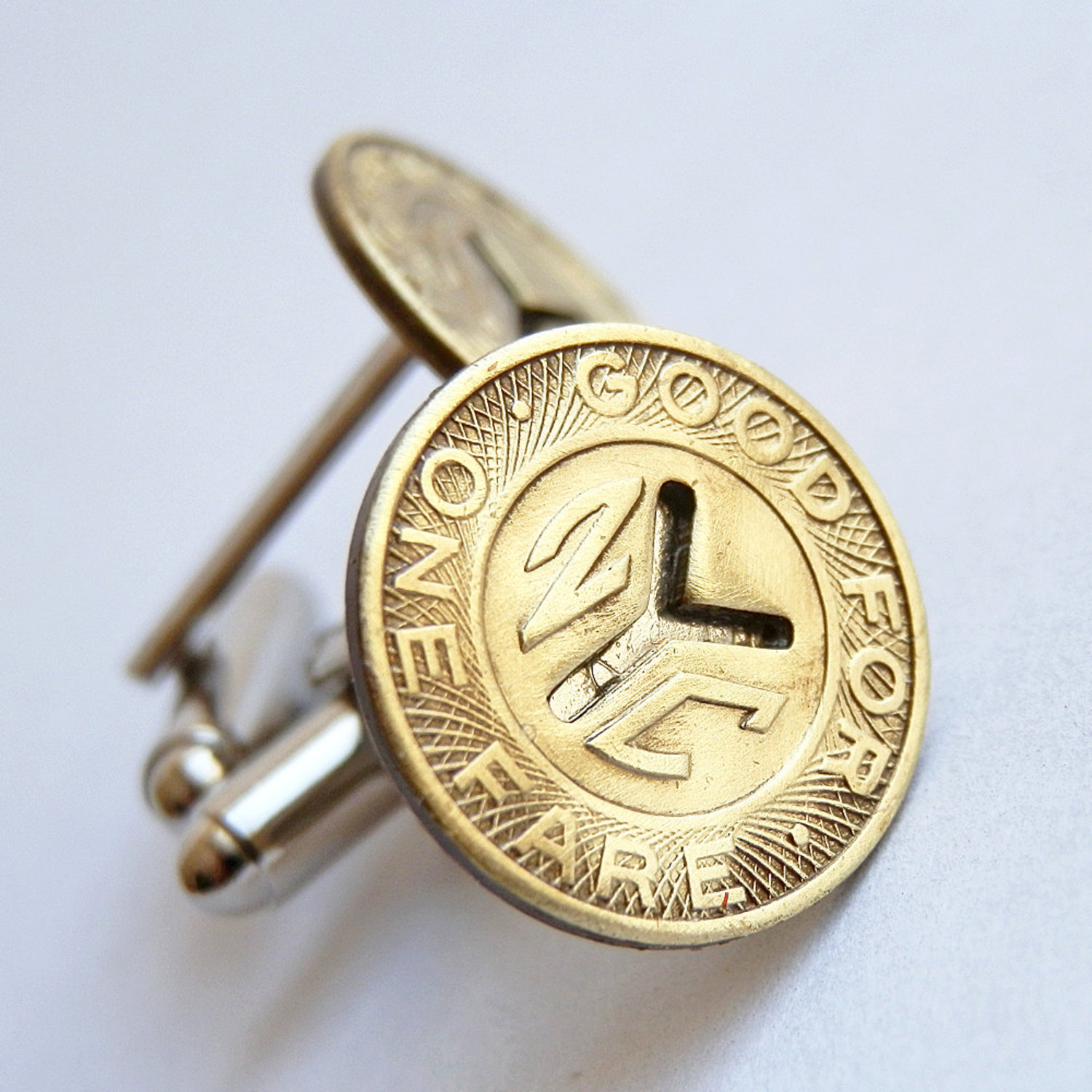 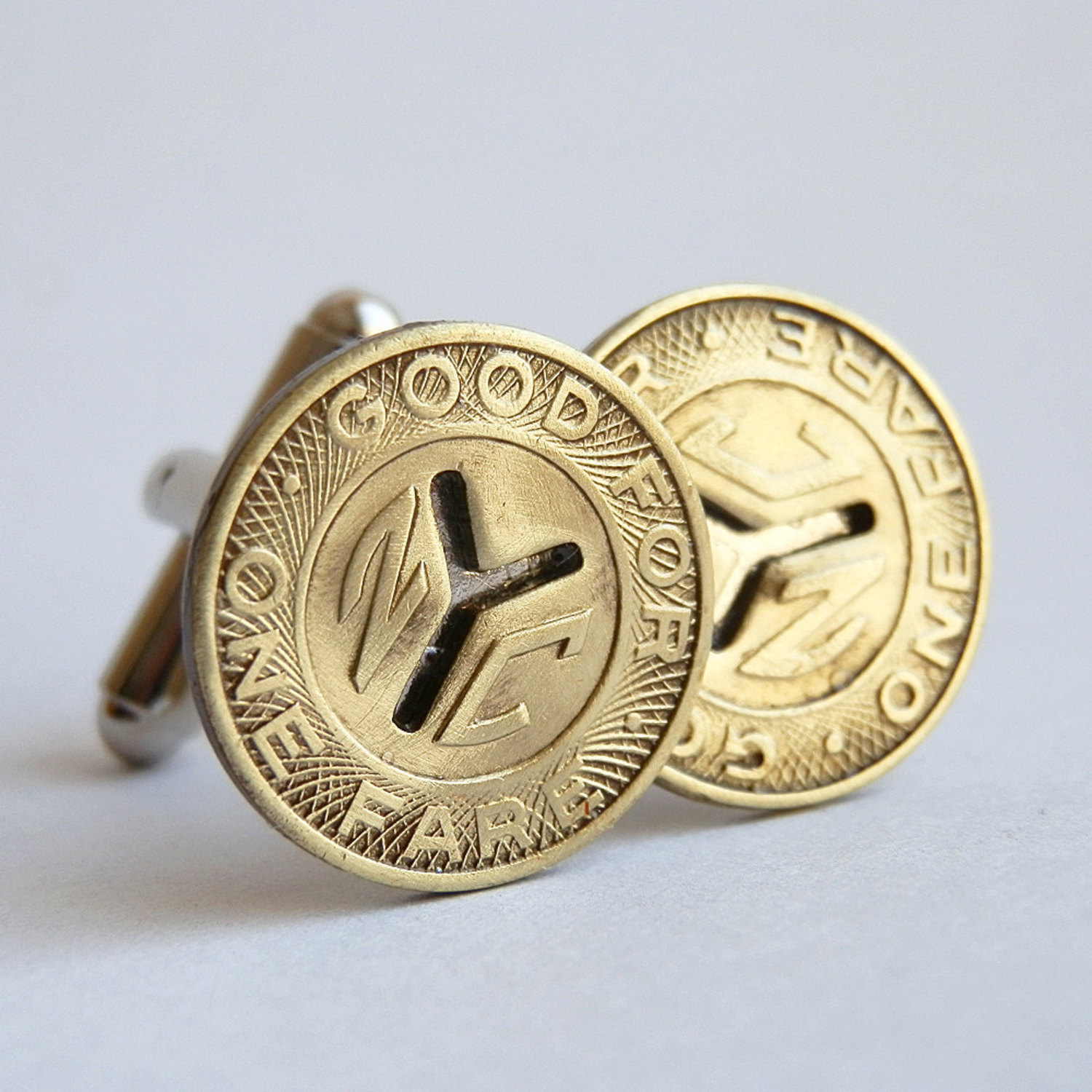 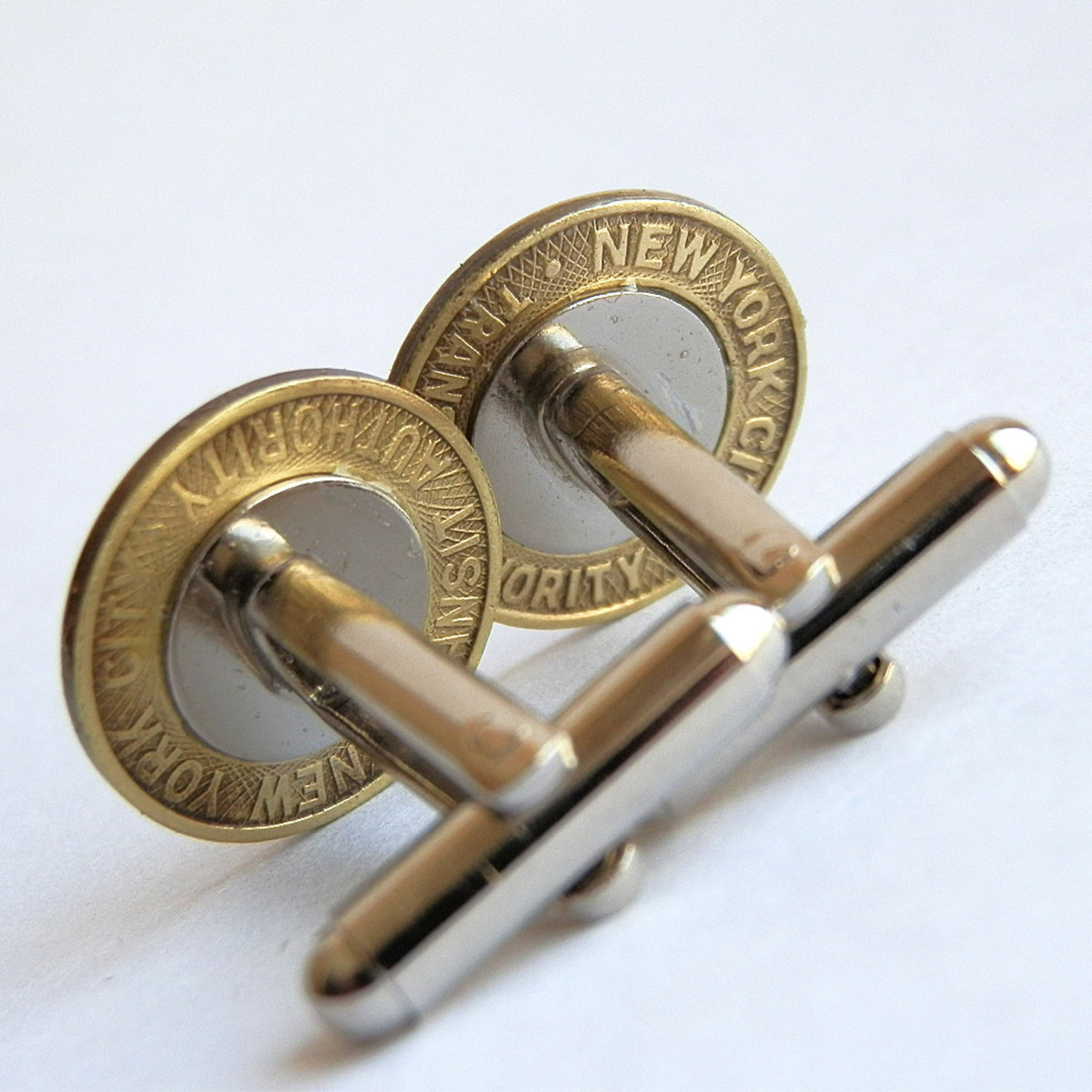 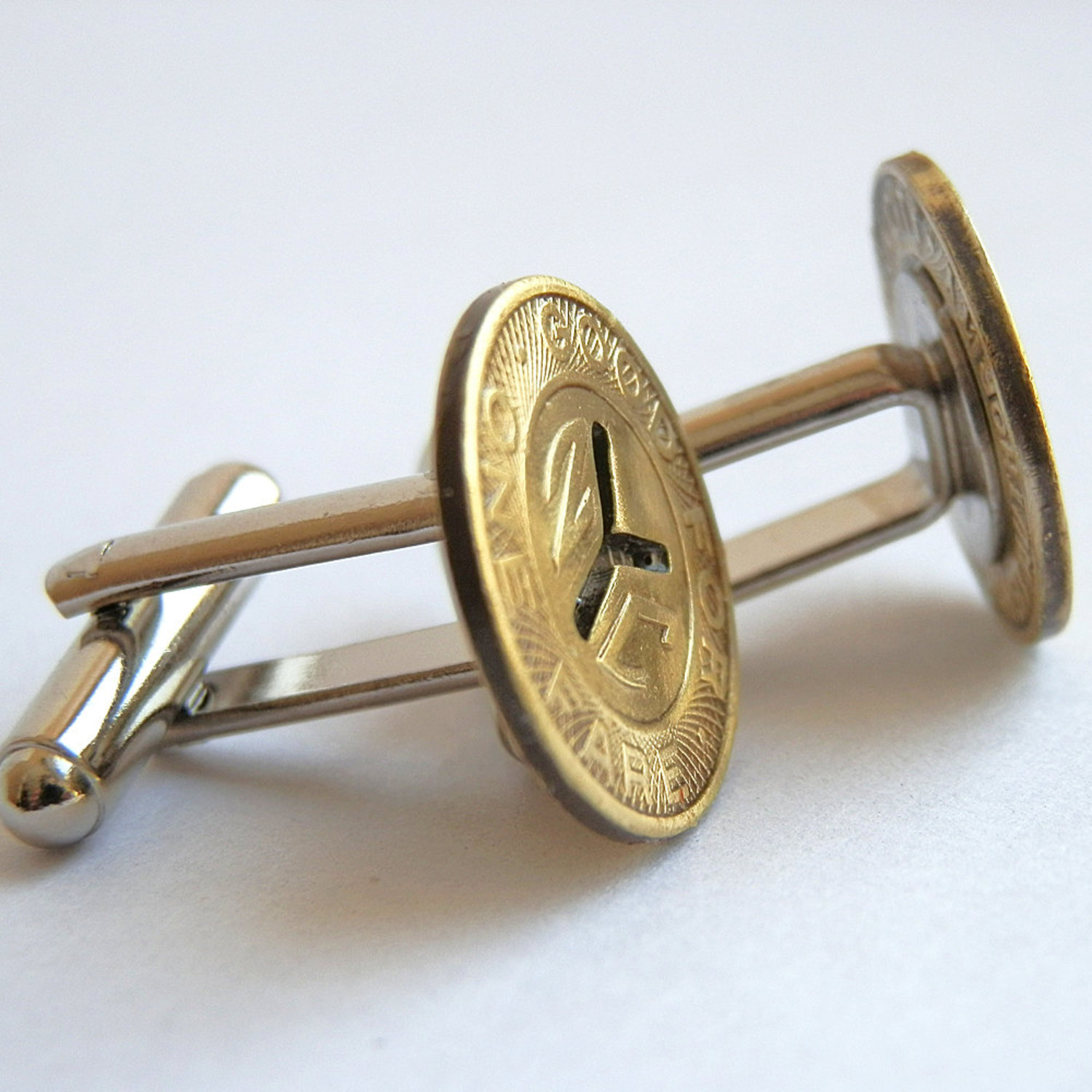 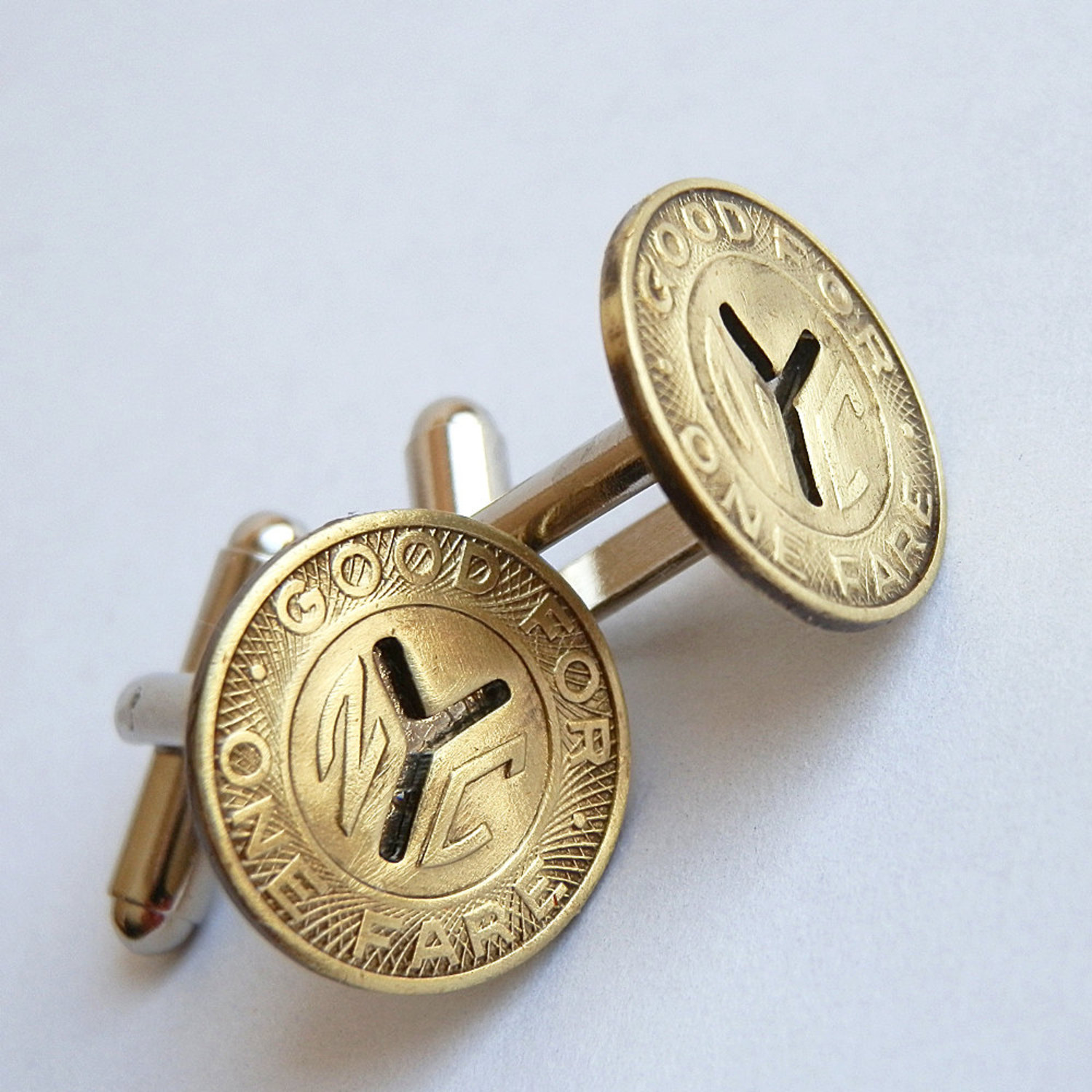 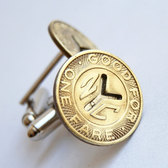 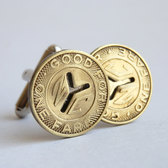 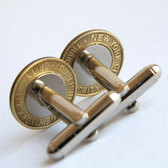 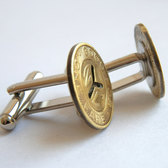 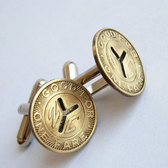 Before the MetroCard, the New York City subway system used coin tokens for access. You would buy tokens at station booths, convenience stores and other convenient places.

The Small Y tokens seen here were used from 1953 to 1970, increasing in value over that period from 15 cents to 20 cents per ride, with a circulation of 48 million.

Etsy shop CoolVintage recently came across a bunch of these old tokens, and made some really cool cufflinks, a perfect gift for any suit-wearing, New York City or subway fan.

They are a steal at $39 a pair, so head on over to Etsy to purchase while they last.

[WATCH] Get a SLAB OF BACON at This Midtown Steakhouse