The New York Mini is the largest annual 9-man volleyball tournament on the East Coast. Originating in China, the sport is a more intense version of the standard 6-person volleyball you normally see around the U.S. In this video from the New York Daily News, take a peek at the sport and the crowds coming out to see the tournament in Chinatown.

It's a Chinese-American tradition played out nine at a time. The "New York Mini" is an annual volleyball event that leads to packed crowds in Chinatown. This year the tournament goes into its 31st year. And unlike traditional volleyball, teams are made up of nine players instead of six. Our video takes you onto the court, introducing you to the players, the history and the fans who come out to cheer on the players. 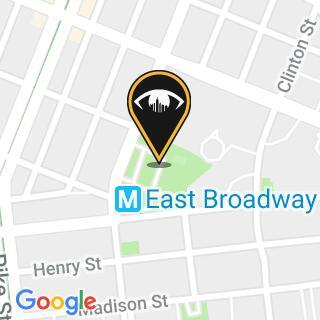 [WATCH] This Colorized Video Shows All Throughout Lower Manhattan in 1911

James and Karla Murray Explore New York City: The Lower East Side - Then and Now