Gersh Park in East New York, Brooklyn, is home to New York City's largest street ball basketball tournament, drawing out the best in the City as both players and spectators. Learn all about it in this short video from the New York Daily News.

The Nets may play at the Barclays Center, but the real games are further east in Brooklyn. This past week, the Gersh Park Basketball Tournament kicked off. It runs through August 7, and features some of the best players in New York - often pros who play in Europe and even some that play in the NBA. Some stars come out to watch, such as the Nets' own Rondae Hollis-Jefferson and Isaiah Whitehead, but others, such as Lance Stephenson, actually hit the asphalt. 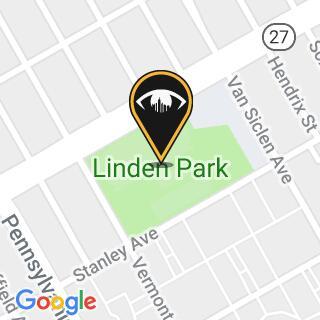 [VIDEO] Upcoming Exhibition at Museum of the City of New York: "City/Game: Basketball in New York"