The Audubon Center at the Boathouse, formerly the Prospect Park Boathouse, is
a gorgeous Renaissance revival building built in 1905 on the East side of Prospect Park. It was one of the first buildings in New York City to be declared a historic landmark (1968), but shortly thereafter, much like the rest of New York, fell into dilapidation due to dwindling City funding. A $5 million restoration in 1999 has restored the
Boathouse to it's former glory, and has since been the backdrop for numerous special events and weddings.

We almost didn’t have it to love. During the 20th century, the boats were moved elsewhere, and the building was used for a number of purposes, and was not maintained, and was horribly rundown, a story repeated in all of our public parks’ histories. In 1964, Brooklyn poet Marianne Moore, and other preservationists rallied to save the boathouse, and managed to do so literally 48 hours before it was scheduled to be torn down. The Landmarks Law was passed in 1966, and the Boathouse was declared a city landmark in 1968, even before the park itself was landmarked in 1975. The Boathouse was placed on the National Register of Historic Places in 1972.

Check out the full article on Brownstoner for more about the Prospect Park Boathouse's fascinating history. 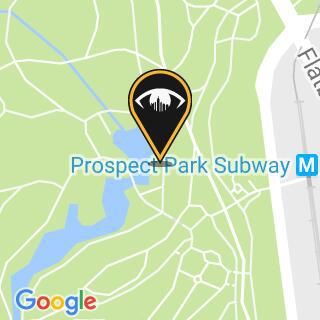