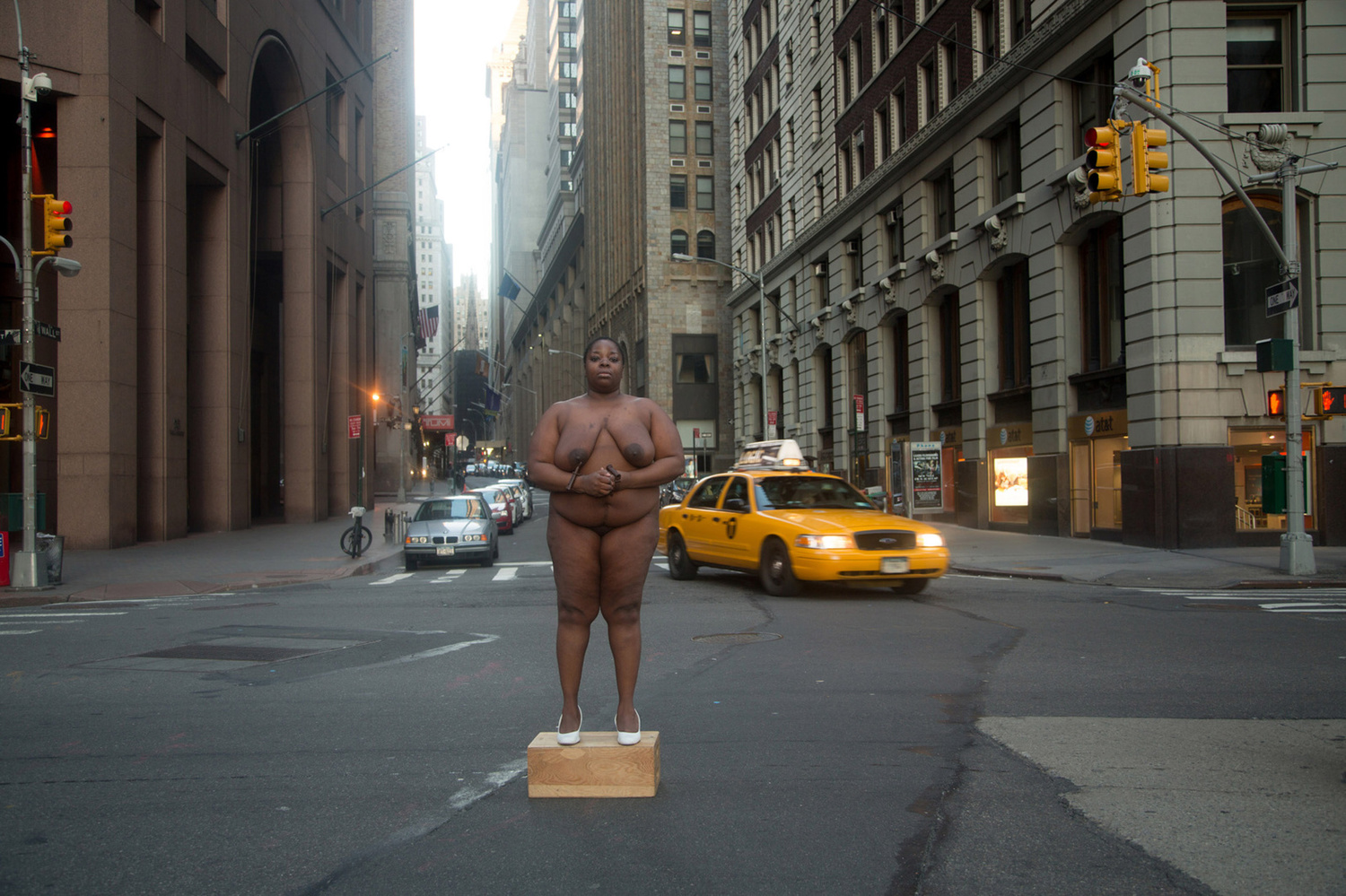 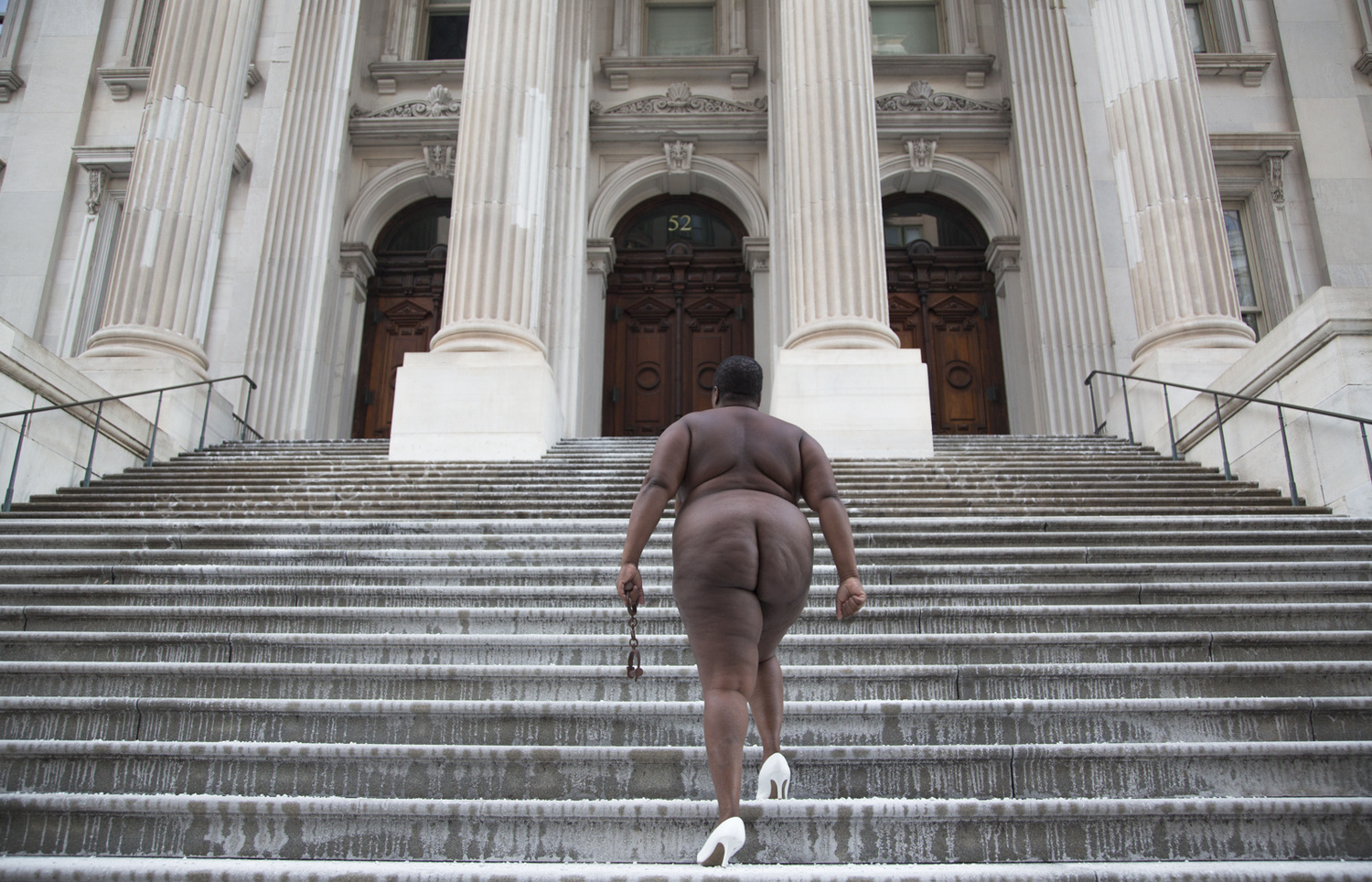 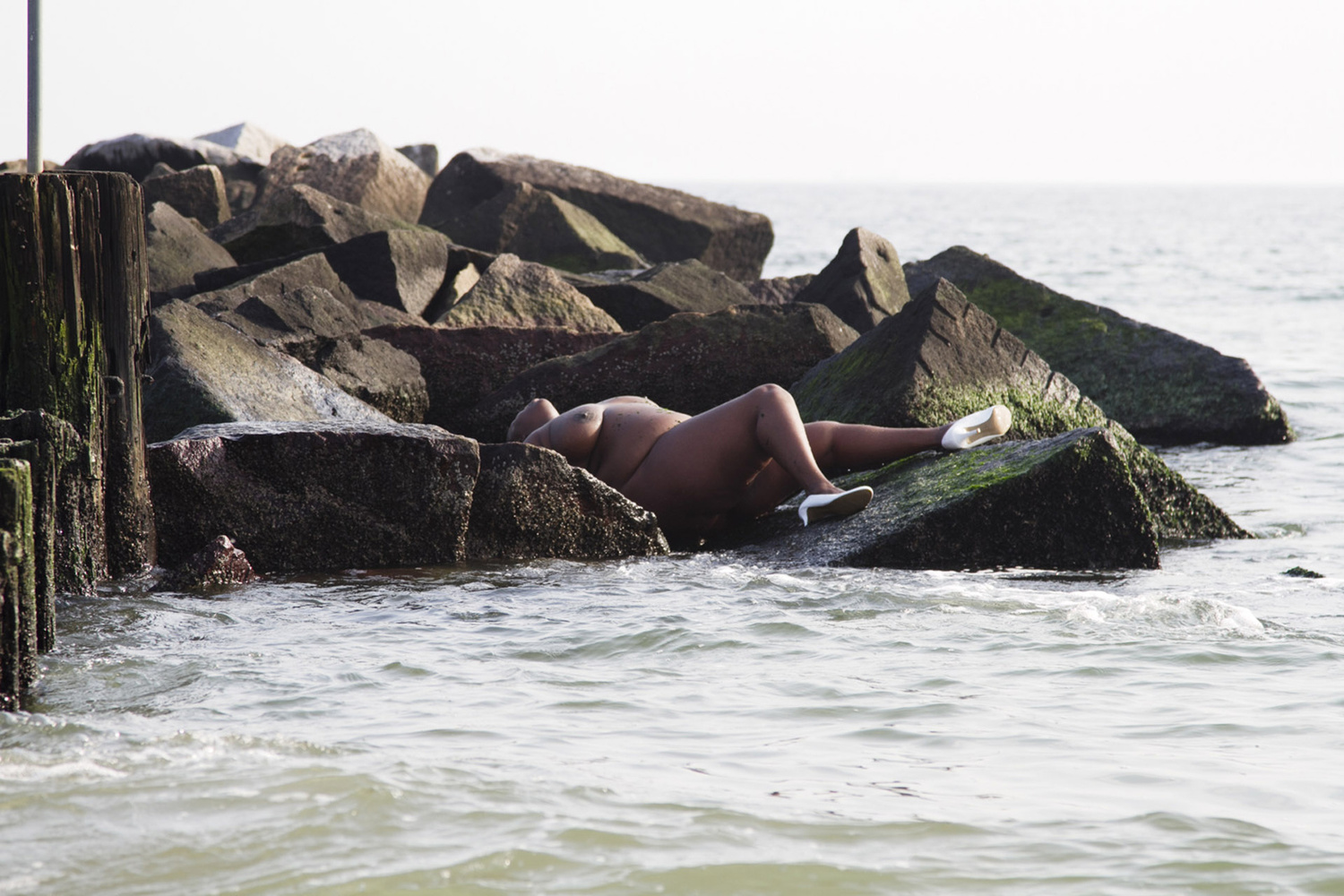 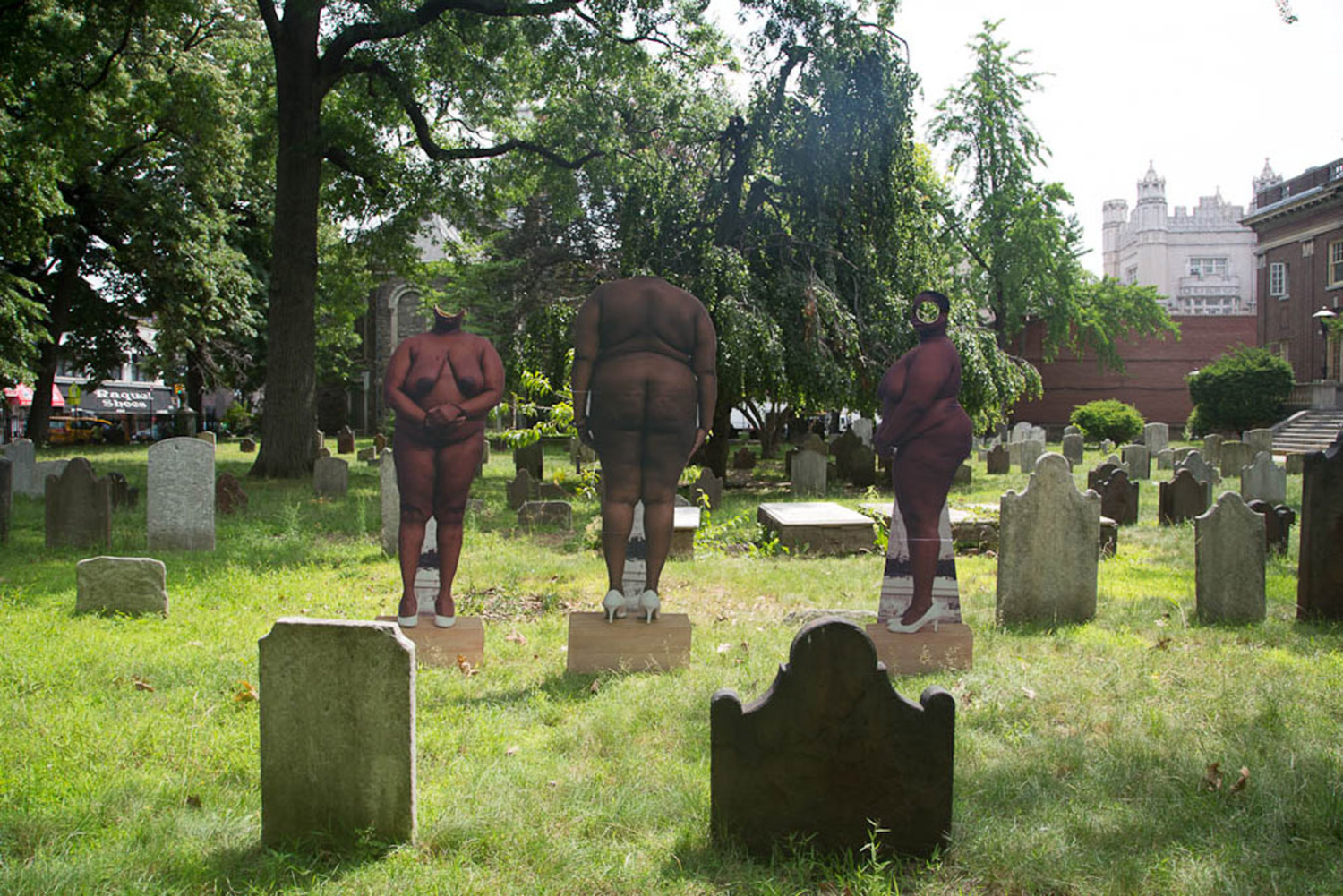 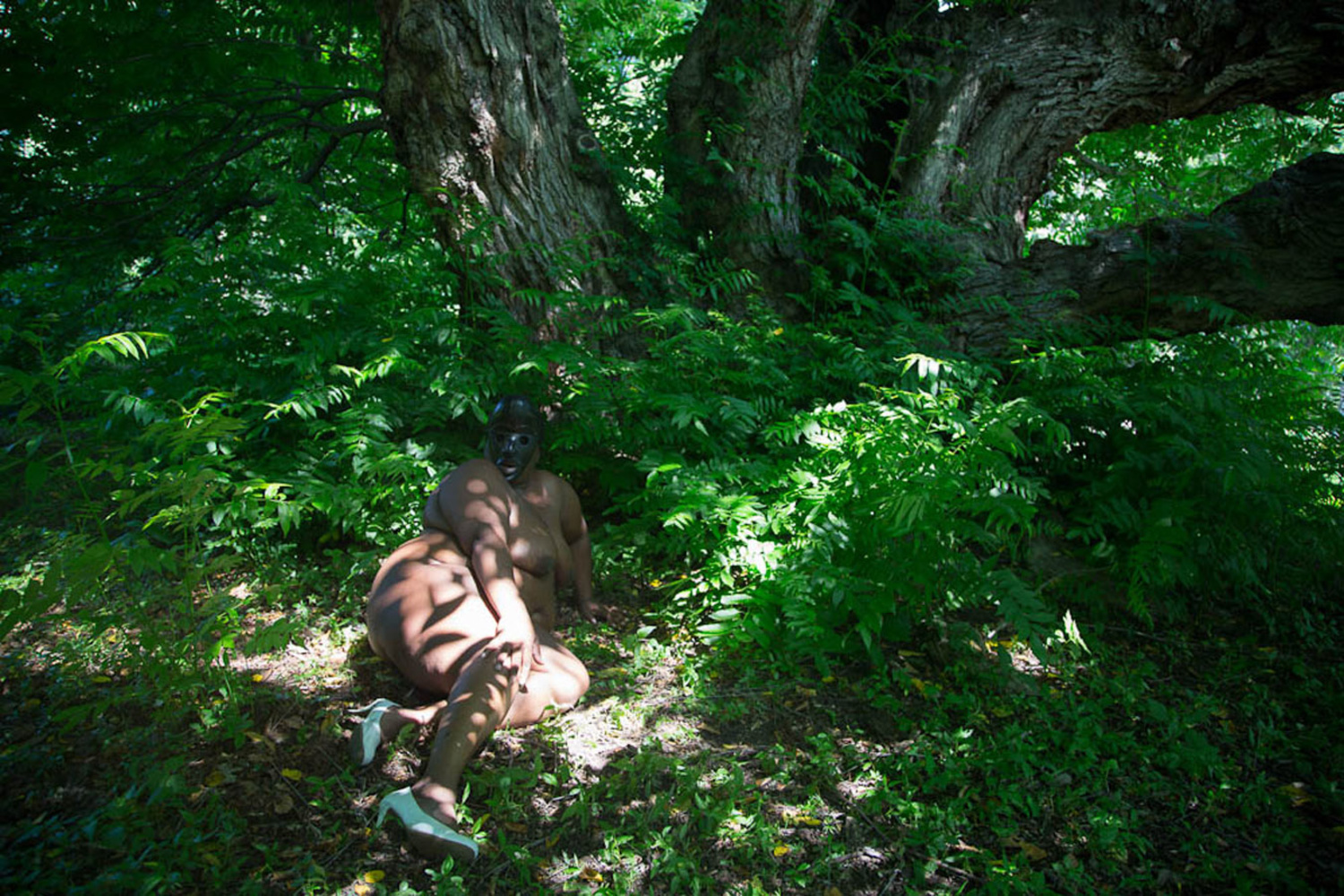 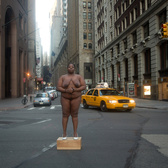 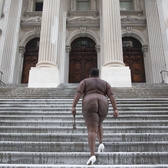 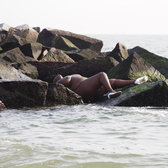 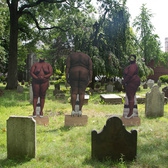 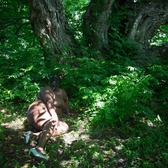 Brooklyn multimedia artist Nona Faustine has been taking photos of herself nude throughout the City, posing at various spots linked to the slave trade business in New York not that long ago.

As recent as two and a half centuries ago, slave trading markets like the one that existed on Wall Street were abundant in the City, coming as a shock to most who believe the North was innocent of such behavior.

Faustine's White Shoes series of photos seek to draw attention to this, and to raise awareness of the history behind the NYC slave trade industry.

As a time traveler I’m very invested in the past and our future. I see myself, the people who built this city and country as one. They deserve so much recognition for their sacrifice and contributions, something that is still being denied them. There was a force deep inside of me that needed to pay homage to those who played a pivotal role in the early history of this city, and the spaces in which they existed. I wanted to uncover those places where a tangible link to the past exists. Being a documentarian at heart I wanted you to feel and see those spaces, let your mind wonder. What does a Black body look like today in the place where they sold human beings 250 years ago? No other medium but photography and film could do that.